Big Lesson From 14 Years Ago

In September 2009, I flew to Phoenix, AZ, in search of investment properties. At the time, I was 25 years old, and the family business that my father led and I wasn’t a part of or a beneficiary of went under. His bankruptcy (for the 2nd time) made me realize that there’s no parachute I can fall back on and that I had to do it on my own.

My girlfriend at the time (who is now my wife and the mother of our three children) flew with me, and we met up with a real estate agent and began to drive through Mesa, Gilbert, Scottsdale, and Phoenix in search of homes to make offers on.

The realtor was certain that America was coming back big and that Phoenix would rebound. He believed in a recovery while the media outlets I was reading at the time were saying that the FED and government were papering over a crisis that wasn’t over and that we were in for a double-dip recession and eventual collapse of the American way of life.

Links were sent to me on a daily basis predicting the dollar would cease to be the reserve currency, bread lines would form across the major cities and metro areas, no one would be able to afford to pay rent, and Detroit’s ghost neighborhoods were the future of the United States.

I read articles stating that Las Vegas was doomed to never come back because consumers didn’t have a dime to pay for travel and recreation. They also said that because of currency-printing, foreigners would dump Treasury bonds, interest rates were going to 10%, and gold was going to $50,000/ounce!

Headlines proclaiming that “the mortgage industry is an ocean of debt ready to drown America,” “the stock market is a gambling casino built as a house of cards,” and “the economy is fake and artificially propped up” were influencing my gut feeling that America always finds a way to correct its course and snap out of its economic and financial woes.

I did buy a couple of properties, and I did buy stocks during the 2009-2011 era, but NOWHERE NEAR the scope and the amounts that, in hindsight, would have resulted in life-changing, generational wealth creation.

Being indifferent to low prices because of a theory that oneforms about prices getting a hell of a lot CHEAPER is the mindset of a gambler.

The investor respects sensible prices and simply builds a position over time. They know that buying cheap is a great decision and buying cheaper is lucky.

The company that I found is both! Here’s its price chart since June 2021: 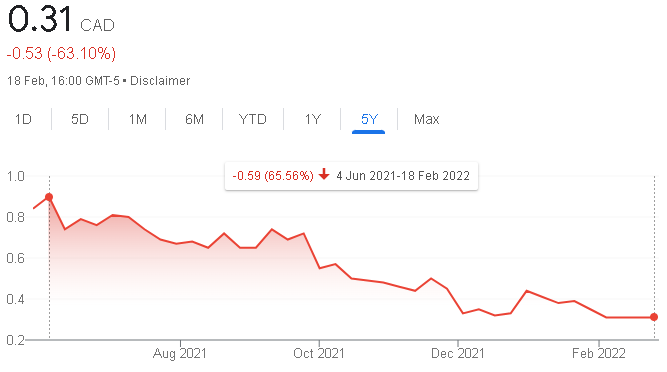 During this same time, it grew its store count by thousands and revenue exploded by over 200%!

When you have to shoot, shoot… don’t talk, and it’s time to be aggressive… America doesn’t stay cheap for long, so respect that!