Last week, when I met with Keith Neumeyer for two back-to-back mastermind sessions, we discussed the future pricing of gold in detail.

When meeting with Keith, you better be. What we did prior to the meeting, internally, was to equate today’s conditions with previous instances in economic history, when the same circumstances presided.

The most interesting comparison we unearthed was the distinct rise in inflationary expectations between 1990’s results and today’s.

In close to 30 years, consumers haven’t been this confident that prices are headed much higher.

What’s interesting about this particular data set is that the Pygmalion effect applies to it.

In Greek mythology, Pygmalion was a sculptor, who created a statue of the perfect woman, Galatea. When done, the sculpture was so amazing that he fell in love with it, as if she was real. One day, Venus, the goddess of love and beauty, decided to act on Pygmalion’s faith and turned Galatea into a real woman.

The story has been recycled into many different versions since then. When economy and business are concerned, it means that prophecies could be self-fulfilling.

Right now, Americans believe that it’s better to buy goods and make large purchases instead of holding back because they think prices are headed higher.

This is what will dictate how the global economy behaves. You see, between 1999 and 2000, when these expectations were high, the Dot.Com bubble was in full swing. Then, between 2006 and 2008, as you can see in the chart above, when the American consumer last believed that good deals were going away, the real estate prices exploded, and stock prices rallied.

We’re approaching this type of inflationary environment yet again, only this time corporations and banks are cash-rich, interest rates are embarrassingly low and on the rise, and taxes were just cut.

America’s debt-based, service-oriented economy, is gearing up the stock market and the real estate market for one grand finale.

None of these grandiose forecasts will occur, no matter how many “facts” support them and I’ve read them all.

Gold covers less than 7% of the global currency supply today, so if it were to back 40% of the forex market, it would be close to $8,000 per ounce, but that’s not the trajectory of global commerce and systems of currency, as it stands.

I showed you last Sunday that the Yuan is only 1% of global currency units, which means Asia needs to work hard to implement meaningful changes with USD dominance around the world. 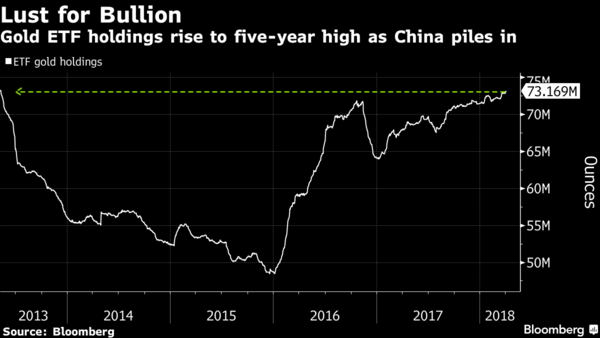 The Chinese are buying gold, but for now, it’s not enough to create disruption and friction to the dollar system.

With all its ailments, the U.S. is considered a far more stable political regime than Communist China.

I’ve read the tales of many empires, and to this day, I have never seen any king voluntarily relinquish his throne because he was doing a poor job of governing.

The same rule applies today. Politicians in the U.S. have stolen hundreds of billions of dollars in taxpayers’ money over the past 100 years, and they will continue to do so – it’s the nature of the beast.

The average person living in America today has no concept of what the constitution truly grants him as a person; otherwise, tonight people would take to the streets.

The U.S. is an entirely different country than it used to be, and embracing facts is critical. We live in a world of realities, not of past glory.

When Mr. Neumeyer and I went over the numbers and my analysis, then, I raised the point that $1,400 was a major psychological barrier for gold. Passing through it would be the key to traders worldwide.

We used various models to create forecasts for the price of gold, given historical precedence, such as rate hikes, inflation stats, stock market performance, bonds yields, cash levels at the institutional levels, Russian demand, black swan events, volatility and hedging needs, oil prices, available supply, and price discovery, and we kept reaching prices in the range of $1,483 and $1,491.

The average of these two price calculations is $1,487. 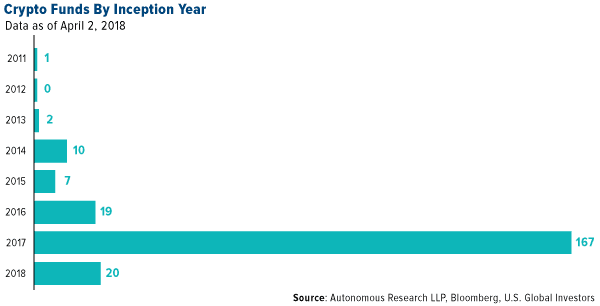 The last factor I showed Keith was cryptocurrency sentiment.

There was plenty of hype in 2017 about Bitcoin becoming digital gold. This caused bullion investors to buy cryptocurrencies, but the January and February plunges have proven that digital coins are not efficient at storing value, yet.

We’re entering an inflationary period, with the clear shortcoming on the part of central banks, which is that they simply cannot raise interest rates much more. This puts them in a tight spot.

For now, the U.S. has avoided falling into the trap of runaway inflation or surprise inflation.

For that reason, Wealth Research Group sees the stock market and the real estate market heading higher from here, propelled by lower taxes, record levels of cash, and a hunger from speculators. This includes moms and pops, who haven’t enjoyed the 9-year rally thus far in a meaningful way. They want to see gains, as they inch closer to retirement.

$1,370 is the resistance line for gold. Once it breaks above it, we suspect that we’ll experience a $40 a day move, which will change the funds inflow to the mining shares as well.

In other words, if gold pops higher than 3%, it’s game over. It will be time to double down, bet big, and claim victory.

Making big money with gold stocks has never been this close.