Washington is Null and Void

Over one hundred ago, a very stubborn and difficult Scottish man, who lived in the U.S., wrote his lifelong goals; this broke and destitute individual, who started at the lowest level of the telegraph industry, inked his agenda to become the WEALTHIEST MAN ever, spending the first half of his adult life getting rich and the second half, giving it all back.

That man was Andrew Carnegie, who revolutionized the steel industry, made it cheap and accessible for mass-use and is single-handedly responsible for the construction boom the U.S. enjoyed, once these materials were commercial enough to be used in erecting skyscrapers.

He had no expertise to speak of in the chemistry of natural resources, nor in any other aspect of his steel empire, so Napoleon Hill, who followed Carnegie’s career for over 25 years, asked him why he, a man with no formal education and no professional skills in any of the various key chokepoints needed to manufacture steel, could become the wealthiest man alive, he told him that in any room in America that you’d put him in, he would be the one capable to rallying the 12 or so experts and board members into taking massive action and that he would be the responsible adult, stirring everyone to the right decision.

In other words, Carnegie’s main skill set revolved inspiring large groups of very capable experts to act in unison towards a common goal with enthusiasm… he was a leader and a man that could cut through the discord to purify the right course of action.

Jerome Powell just took a major decision and for the first time since 1994, a FED Chairman made the call to hike the FED Funds Rate by 0.75% in one meeting. 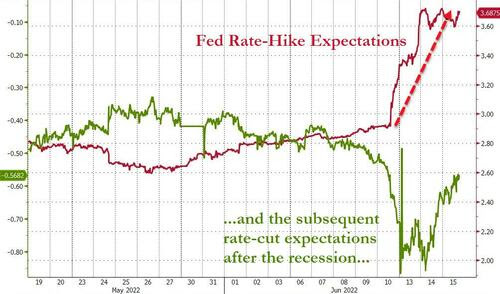 The markets still expect much more and Powell didn’t claim victory or give any assurances that we’re out of the woods yet.

He did provide plenty of new insights, which will be beneficial to investors that want to understand what the FED cares about and looks for.

MY MEETING NOTES (MORE TO COME ON SUNDAY)

Other central banks now have the confidence to be aggressive as well… expect more tightening to occur!