Not many have heard the name Sam Zell, but the billionaire real estate tycoon is a well-known figure in his circles. When Sam’s daughter was working with Stephen Schwarzman on Wall Street in the early 1980s, she told her dad that Schwarzman had left the investment bank he was with and founded a private equity firm called Blackstone.

Soon thereafter, before Blackstone even had a chair in its modest little office, a biker-type person knocked on the door one morning, wearing a leather jacket like he was part of a riding club and sat on the floor, leaning on the wall.

He said, “Stephen, my name is Sam Zell and my daughter says you’re the guy to speak with.” Schwarzman didn’t know that Sam Zell was quietly amassing the largest private fortune in the U.S. housing market and already a mogul.

Zell told him about the opportunities he was seeing in distressed markets and wanted Blackstone to help him put deals together.

Zell is famous for coining the phrase “The Grave Dancer” in a 1982 article he published, as a guide to investing: 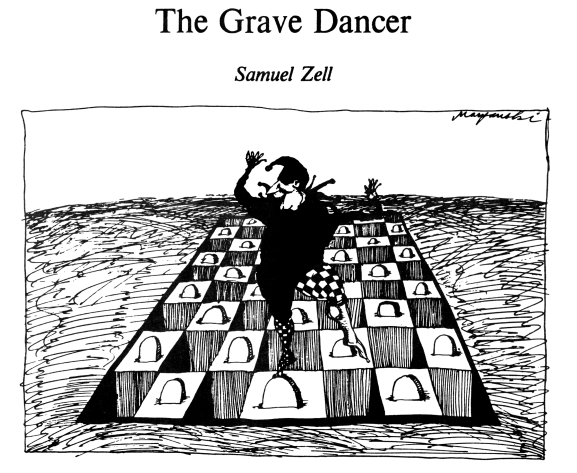 Sam Zell and Stephen Schwarzman became billionaires and worked together for nearly 40 years, structuring deals, until Blackstone actually acquired Zell’s real estate portfolio in 2008, only to flip it immediately before the crash.

They both respect cycles, and the one we’re ending at the moment is birthing a healthier environment, one where the general public now understands the costs of government deficits, central bank intervention, and delicate supply chains.

The public is being educated on fiat currency, inflation, and the difference between selling dreams to the public and actually building plans that are manifested.

Ultimately, all of these will bring about a new cycle, with elevated levels of risk-aversion and better investors, entrepreneurs, businessmen and politicians, but no lessons have ever been learned fully, without burning the skin.

Right now, the skin is starting to really burn!

Bitcoin dipped below $19,000/coin on Saturday morning; at these levels, it is getting punished for all of the problems that occurred with brokerages and stablecoins and the losses are mounting.

This week or the next, if the pain continues, the NASDAQ 100 will fall below its 200-DMA, which, in my book, is the real sign of a bear market. In any investment literature, a fall of 20% is defined as a bear market, but the technical analysis aspect of falling below the 200-DMA is far more damning. 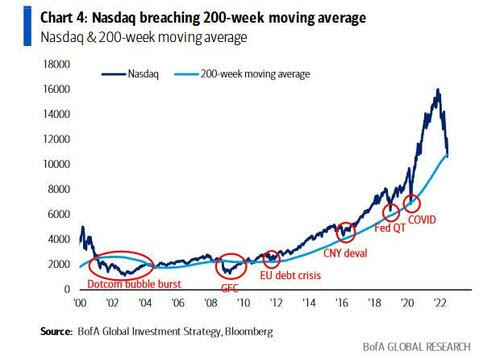 We have to realize that what the public saw as a positive for 13 years is now deemed as reckless. Globalization, which relies upon foreign sources for the manufacturing of goods, is not popular. Zero interest rates have now been shown to be inflationary, as well as stimulus measures.

Sam Zell is definitely beginning to put his dancing shoes on and the last things to fall, cryptocurrencies and real estate, are beginning to topple over.

First it’s Bitcoin, and now we believe that real estate will undergo a reset, starting in the summer: 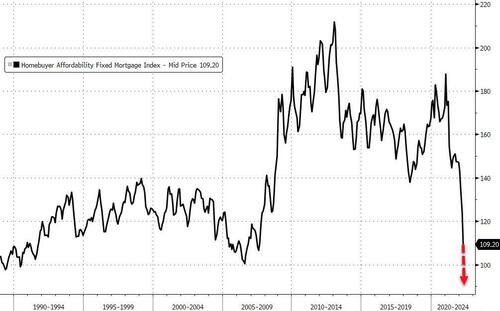 The affordability index is SCREAMING that a crisis is looming.

In other words, gold’s strength, in light of the terrible weakness of all other asset classes, is a BEACON of LIGHT and we believe that more funds will flood into it, eventually sending it above $2,000 before the year ends.