Yesterday was the full-blown ESCALATION phase. Everything ballooned, intensified and reached an historic boiling point. It started with a 30% DROP in the price of oil – a gargantuan FREEFALL. Never has there been anything similar or close to resembling that!

Saudi Arabia has notified the global markets that there’s a major supply glut, coupled with the enormous evaporation of demand. Only in the Great Depression has the oil industry been this deep in the shitters. Exxon Mobile’s stock is trading at 16-yr lows, YIELDING more than 8%, after losing more than 10% yesterday alone!

The energy sector is HIGHLY leveraged and credit is CONTRACTING rapidly. We are inches away from hearing countless and CEASELESS news of oil producers, developers and explorers going into DEFAULT. Loans will be left unpaid and investments will be wiped out completely.

That was just the early morning news. Then, markets opened and ALL HELL BROKE LOOSE. The S&P 500 tanked so badly that Wall Street had to halt trading for 15 minutes. The Dow Jones lost over 2,000 points, its worst day since 1987!

This was the most RUTHLESS selling panic ever seen and I am certain that tens of millions of retail investors will never TOUCH stocks again; they are burned to a crisp. Today, Tuesday, a rebound is virtually guaranteed. 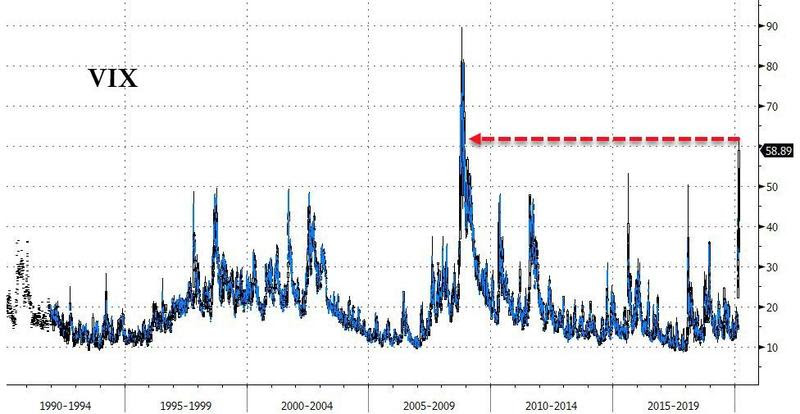 I want to address the fears now. The most pressing ones are that investors have no idea what Trump is planning to do; details are sketchy. For now, he has appointed Mike Pence, the Vice President, to spearhead the effort to contain the virus. That’s a patsy – the sacrificial lamb who can later be blamed for any failures and controversies.

Markets also don’t know whether Trump is ready to pull the cord on a SENSATIONAL parachute blanket aid and promise corporations that they’ll have the government’s back, when things get rough and employees need to get sent home.

Secondly, markets are just so WEARY OF the relationship between Jerome Powell and President Trump. They would much prefer to see A UNITED FRONT than to observe Trump’s Twitter pressure on the FED Chairman.

Thirdly, everyone is baffled over the real and TRUE severity of Covid-19. The open questions about the mortality rates, which have been quoted at 2%, but have now risen to 5% in Italy, are concerning. The EASE and SPEED with which the virus is transmitted from one human to another is raising the likelihood that this PANDEMIC is here to stay, and will not be suddenly removed from the planet like past ones.

The most concerning thing about this virus is the combination of infectiousness and the ability to cause severe disease or death. The Spanish Flu hit 102 years ago, and was the last virus that merged those two traits. There are MUCH more lethal viruses, which killed 4 out of 5 people who contract it, but they didn’t SPREAD like coronavirus.

In Italy, the WHOLE country is under quarantine already. 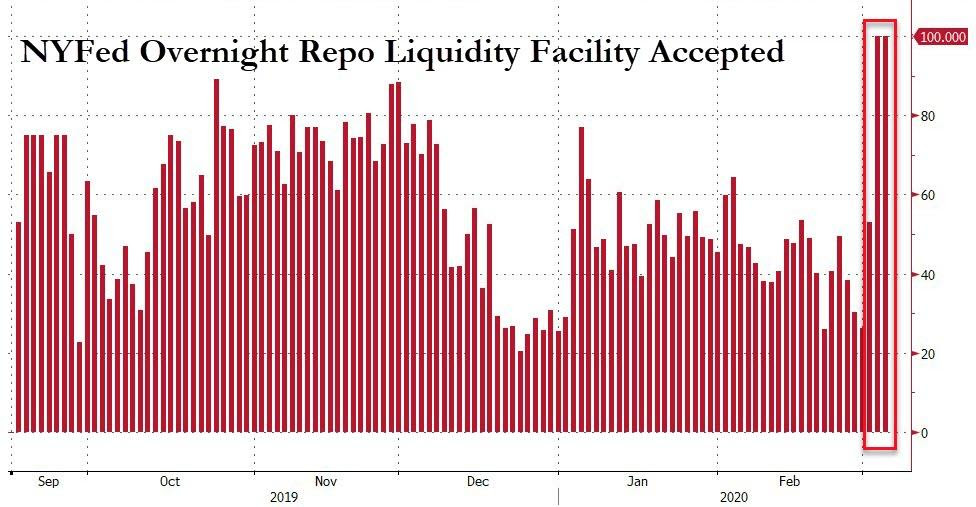 Credit is simply contracting in levels that are SOUNDING THE ALARM. If nothing alleviates the fear, Trump, even being the capitalist and free-market advocate that he is, will risk entering a Great Depression on his watch, if he doesn’t act.

Markets are just FEVERISHLY running into bonds. This has resulted in the entire curve, including the 30yr bond, reaching an income level below the effective fed funds rate and EVEN below 1.00% for the first time ever. Fund managers can’t find anywhere else to park clients’ funds.

I’m NOT predicting it, but in the upcoming Federal Reserve meeting in just over a week, it wouldn’t SURPRISE me if Jerome Powell re-introduces ZERO rates, cutting interest rates by a full 1%. The FED, in my estimate, will increase its balance sheet, nearly doubling it and it will be a last resort buyer.

It will NOT repeat itself – that was a once in a lifetime event.

Undoubtedly, retail investors are mostly out, by now. The veterans are actually buying, from Buffett to Marks – the bargains are now visibly out there.

The Black Swan is if layoffs begin occurring in droves. That will be Trump’s ENDGAME. He cannot get re-elected in that kind of environment.

Mark my words: March 2020 will be the most NEWS-PACKED month in world history.

I am going to be wrapping up my personal trades for this week on Thursday. Many UPDATES in the pipeline.