In the 1980s, AT&T learned a big lesson – in life, you can’t get SOMETHING for nothing, especially over the long haul. In the short-term, this equation can seemingly be broken, but nature will eventually correct it. AT&T kept raising its prices for long-distance calls, but didn’t give customers any added value along with it. The industry underwent a period of deregulation, Sprint and MCI entered the market and, as a result, a stampede of customers abandoned ship and joined AT&T’s new competitors.

In business, in politics, in relationships, in LIFE itself – there is no such thing as something for nothing.

This past week, my wife, my daughter, and I crossed the Atlantic Ocean on a cruise ship from Miami to Spain. What was a treacherous journey 200 years ago has now become a convenient tourist attraction with lounges, onboard entertainment, shows, and adventures on each port we would disembark. 200 years ago, America was the land of opportunity where people came in order to unleash their potential, but things are different now for the United States – it’s becoming the land of handouts, not entrepreneurship.

While onboard, I met a 38-year-old American who inherited his wealth. He works off and on, has no real ambitions of his own, is lacking in financial education, and walks around with his daddy’s credit card. He is addicted to his dad’s handouts and doesn’t even realize that he is depriving himself of the greatest power that nature has implanted in man: the right to control the mind and direct it towards specific goals. It also happens to be the greatest joy to use this right.

There is no such thing as something for nothing; he even confided in me that he has considered suicide a number of times, because his material wealth doesn’t fill the void he feels in his heart because of the way his father looks down on him.

This is the story of today’s America. Its wealthy class understands that it owes part of its success to the general workers, but the wealthy and the politicians don’t trust the masses. The wealthy would rather the poor remain content by way of handouts so that revolts don’t occur, just like in ancient Rome. They don’t have faith in the potential of the general population to fight for their own in life, so they don’t lobby to cut entitlements and allow people to figure it out on their own.

The point is that the government and social safety nets are now an integral part of the fabric of society. Washington would rather MONETIZE debt and keep on printing than to mess and interfere with people’s sugar daddy, just as this wealthy father continues to allow his 38-year-old son to go through life swiping a debit card, spending from an account full of cash he didn’t help generate.

In the Azores Islands, our first stop after the transatlantic voyage, we swam in the open ocean with Common dolphins, residents of the island chain. The waters were a cold 16 degrees Celsius (61 degrees Fahrenheit), but it was a small price to pay for the joy of having this pod of majestic mammals swim all around you. Only 10% of the tourists on the five boats took the plunge – the water was that uncomfortable. Many settled for taking pictures of them from the cozy Zodiac boat. Our group, full of children, did not let the opportunity pass us by. We jumped right in and even got to hear the beautiful sound of the pod communicating with each other.

Our next stop was Lisbon, where we saw the perfection of a city’s architecture that was the victim of a natural disaster in 1755. A great earthquake hit the city, which led to flooding. Because it was a Sunday and all the churches were packed with praying people holding candles, a fire also erupted.

The city was totally restored, reinforced, and is now a tourist hub and bustling European capital. Tragedy is the greatest catalyst for massive action in human history (it seems), but some don’t wait to hit rock-bottom before they take action. Some act on PERSONAL INITIATIVE, like Vasco De Gama, the greatest entrepreneur in Portugal’s history. He sailed from Lisbon all the way across Cape of Good Hope, the southern-most point of Africa, and was the first to reach India going that route. The revolutionary voyage created a spice-trading empire and colonial expansion. The adventure was considered equivalent to signing one’s death warrant, but De Gama paved the way for a generation of explorers to reach the ends of the earth.

In both today’s Europe and America, the roots of socialism are striking deep and the willingness to take a plunge and get into business is diminished. 4 out of 10 Americans believe that government aid is essential to life in the 21st century.

The main problem with this notion is that the government cannot afford (in real money terms) to provide the capital for the vast number of citizens who apply for this assistance. As you can see, the government can only SUSTAIN the poor, but never revitalize their lot. 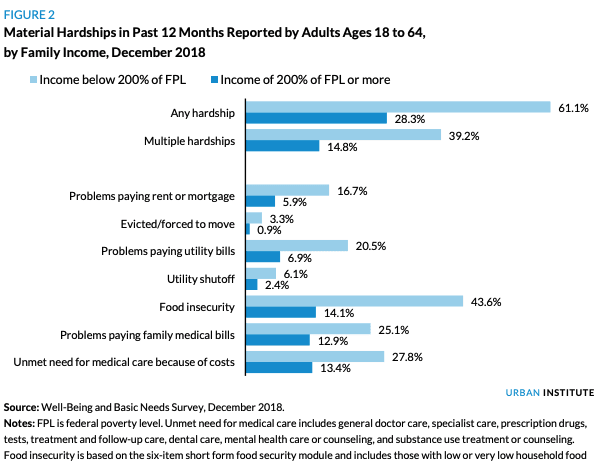 58% of Americans don’t own a stock portfolio, and an additional 35% don’t hold a stake in real estate. While aid can sustain a person, it will never lead to riches, independence, or the ownership of cash-flowing assets.

President Trump recognizes these problems, and like his predecessors, he is forced to make moves, which his experience and decision-making capabilities lead him to believe would promote the greater good.

There are never VICTIMLESS government interventions. When the Federal Reserve and the Treasury Department bailed out the failing banks in 2008, lowered rates to zero (09′-15′), and pumped liquidity, they created today’s HAVES and HAVE NOTS division. When Trump is waging a trade negotiation with China using tariffs, he is creating known victims, which his administration has taken into consideration. The negotiations also create UNKNOWN victims, which will become KNOWN in the months and years ahead. 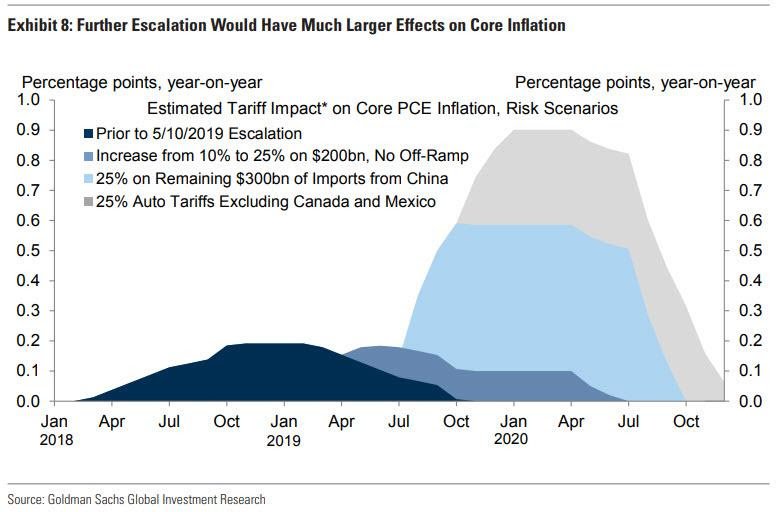 As you can see, one such variable of the tariffs war, which is to be determined is inflation. Up until now, Chinese companies have absorbed the added costs of tariffs, so consumers have remained unscathed, but this doesn’t represent future actions by CEOs in China. They will be in a situation where they’ll have to either fire employees, or pass on the costs to the consumer.

The Chinese will not sacrifice their own.

A tariff escalation is inflationary, but so is a trade deal, which makes the USD less relevant for foreign governments to own.

Lastly, a weak dollar that provides zero interest rates and is monetized in real terms is not one that governments around the world will trust and hoard.

On top of that, the two empires have begun to fight over natural resources, with China threatening a ban on rare-earth materials, which are highly inflationary.

There is no such thing as something for nothing over the long term. The U.S. has handed out Federal Reserve notes to savers for close to a century. Since 1971, they’ve been handing out nothing and getting something back. Now comes payback and it’s a bitch.