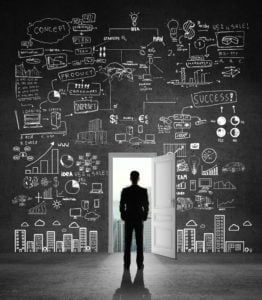 Not one man has ever lived that was born with all the answers to life. We all pretty much learn by trial and error until we figure out the better way – following the success clues left by others. Even then, though, life is full of setbacks and defeats.

If you ever hope to accomplish major success, be ready to fail.

Pain and failure are necessary and sometimes beneficial, for they point out mistakes. A non-productive business meeting highlights issues with the products, service, the company, and perhaps even you. A lousy date with a girl you really like points to some aspect of your character that might be improved. Don’t become discouraged – in fact, be glad that you now know the problem exists and are in a position to solve it.

My wisest suggestion in that regard is that you become humble and realize that most people truly achieve success when the wisdom of an epic defeat sinks in.

My second piece of advice is to realize that every day, there will be defeats, and your mission is to make them short and temporary by applying your creative sense and learning your lesson.

You are reading this article through the magical power of electricity, discovered by Thomas Edison, who is famous for saying “I didn’t fail 10,000 times. I’ve just found 10,000 ways that won’t work.” The greatest inventor of all time just revealed his secret sauce: Strength and Increased Knowledge by overcoming Adversity.

It’s even safe to say that not until you fail can you get better. Michael Jordan lost the championship the first six seasons of his career before making major changes with regards to the coaching staff, teammates, and style of game. It was increased knowledge that made MJ a 6-time NBA champion.

Some people even praise defeat and refer to failure as a blessing. Mr. Dietrich Mateschitz was feeling tired and exhausted on a business trip to the east. He didn’t perform well in several sales pitches and was about to head home with no closed deals, when he desperately searched for a solution for his lack of energy. He drank an Asian beverage named Krating and was astounded by the fact that it cured his jet lag. Dietrich decided to go into partnership with him and Red Bull was created. Dietrich called his failure “divine intervention” for a good reason, as his weariness led him into a multi-billion dollar franchise.

Here’s how to recognize temporary issues that are holding you back and make sure you surmount them and accomplish bigger and better things.

Why We All Need Defeat Sometimes

It is very hard for us to evaluate ourselves sometimes, and you have very few people in your life who will tell it to you like it is.

Defeat doesn’t take it easy on you, and it reveals bad habits, thus giving you a fresh start to get going with. It also puts you in a humble place and shreds away arrogance. It causes you to take inventory and be grateful for what you already have. Best of all, it really strengthens your willpower.

Your attitude towards failures will determine if they become permanent or short-lived and temporary.

J.K. Rowling was denied by countless publishers before one finally took a chance on Harry Potter. I respect people like that, for they create our future.

Defeat is a blessing – use it to become ever savvier and make it a temporary inconvenience instead of a life-long reality.

Greatest Upside In Commodities In My Career: Bob Moriarty

Lior Gantz Becoming A Metalionaire – Go On the Offensive with Gold and Gold Stocks!