It’s the EVERYTHING BUBBLE but There’s Still Room to Run – THIS ONE ASSET Will Be UNSTOPPABLE!

When times and circumstances change, you’ve got to change your strategy just to survive. The world of finance is a case in point: traditional investors would be alarmed to see stock-market index funds and safe-haven assets all going up at the same time – but then, this isn’t a traditional world anymore.

Some folks have dubbed the current market landscape as the “everything bubble” because they’re seeing everything going up in price simultaneously. It’s odd but not unprecedented – and when you look at the data and see what’s triggering these price moves, it’s crystal clear that one particular asset has a lot more room to run.

I’ve been collecting a ton of data on this but I’ve also been speaking with the best financial experts on how to best capitalize on these trends we’re seeing. One particularly acclaimed individual I’ve spoken to recently is Andrew Pollard, business builder extraordinaire and the CEO and Director of Blackrock Gold Corp. (TSX-V: BRC, OTC: BKRRF).

For a decade and a half, Mr. Pollard has established himself as a sought-after management consultant within the mining industry. In 2006, Andrew Pollard founded the Mining Recruitment Group in 2006 and since then, he’s amassed a “Who’s Who” network in the mining and finance world, leveraging his personal relationships to help shape what have become some of the most prominent and successful resource companies.

According to Andrew Pollard, no one’s talking about it but gold has been one of the best-performing asset classes of 2019. In fact, gold is up 15% year-to-date in U.S. dollars, and it’s doing even better in other world currencies – up 20% in Canadian dollars, for example.

What you need to keep in mind as an investor is that there’s been an unusual bull market in the dollar since 2011. And in the past year, we’ve seen something even more unusual: strong momentum in the dollar, large-cap stocks, and precious metals at the same time. Of course, these asset classes can’t all just keep going up forever. Which one has the best prospects of continuing the rally?

Andrew Pollard gives us some important clues here. As he points out, central banks are buying vast quantities of gold; at the same time, many investors are looking to start taking some money off the table in their bond and stock holdings, and move them into precious metals and especially gold.

All of the world’s gold holdings are just a drop in the bucket in terms of global assets, according to Andrew Pollard, so even a little bit of capital flowing into gold is enough to spark big moves in the gold price. And naturally, any move you see in the spot gold price will create an even bigger move in gold-mining stocks – and particularly in a Blackrock Gold Corp. as they’re sitting on the richest gold mining area in North America: 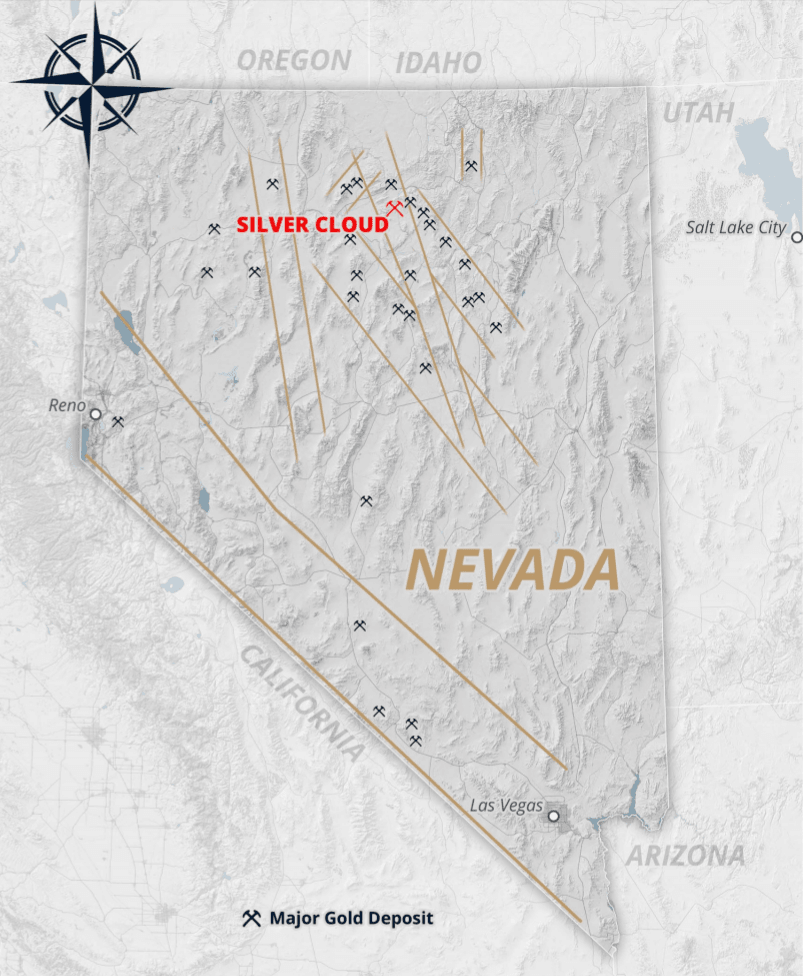 Take a look at the map and you’ll notice a lot of high-grade gold intercepts in the Silver Cloud region of Nevada. Blackrock’s large land package consists of 572 mining claims covering over 12,000 acres – and multiple targets means multi-million-ounce gold potential.

In exploring North America’s highest-grade gold belt, Blackrock opens up the potential for incredible shareholder value as the spot gold price pushes higher in 2020. This is a known gold system that has not been systematically explored until now, and Blackrock has already commenced a large-scale 2,000-meter, fully-financed drilling program on a site of past high-grade intercepts.

Plus, Blackrock’s permit allows for 10,000 meters of drilling in the ultra-mineral-rich Silver Cloud mine vein zone. Silver Cloud is a rare find, and so is Blackrock: gold has plenty of room to run, and Blackrock Gold shares will run even faster and farther as the minerals bull market extends deep into the new year.

This work is based on SEC filings, current events, interviews, corporate press releases and what we’ve learned as financial journalists. It may contain errors and you shouldn’t make any investment decision based solely on what you read here. It’s your money and your responsibility. Information contained in this profile was extracted from current documents filed with the SEC, the company web site and other publicly available sources deemed reliable. The information herein is not intended to be personal legal or investment advice and may not be appropriate or applicable for all readers. Gold Standard Media, owned by the same parties as Wealth Research Group LLC, has been previously compensated one hundred and twenty five thousand dollars in 2016 for a contract that has long since expired. We have not been further compensated for this coverage. If personal advice is needed, the services of a qualified legal, investment or tax professional should be sought.