I’m currently in Tel Aviv, where the government has just approved a SECOND LOCKDOWN, more flexible than the one in March/April but still EXTREMELY PAINFUL for businesses (which are forced to shut down again), families (which are now tasked with parenting their children 24/7), the NATIONAL DEBT, which is reaching new highs not seen in decades, and for morale and spirit of individuals, who have seen the COVID-19 virus impact A TINY NUMBER of people compared with the comprehensive response the government is imposing — this is the REAL ISSUE here — the tradeoff between not overwhleiming hospitals (which are short of staff and on beds) and halting the lives of the millions, who will not impact statistics, since they’re not at risk.

September is not March or April, when the initial shock JUSTIFIED or WAS MORE IN LINE with the quarantines that were enacted around the globe in the eyes of many.

Today, we know MUCH MORE about this disease: it is highly contagious, but not nearly as lethal as previous coronaviruses, such as MERS, Ebola, and SARS.

Because of this, herd immunity is TOTALLY DOABLE while the weakened populations (elderly, diabetic and obese, for example) remain under PROTECTIVE MEASURES, if they elect to.

The fact that CORRUPT POLITICS is paving the way to solutions in many countries is problematic and UNCALLED FOR. 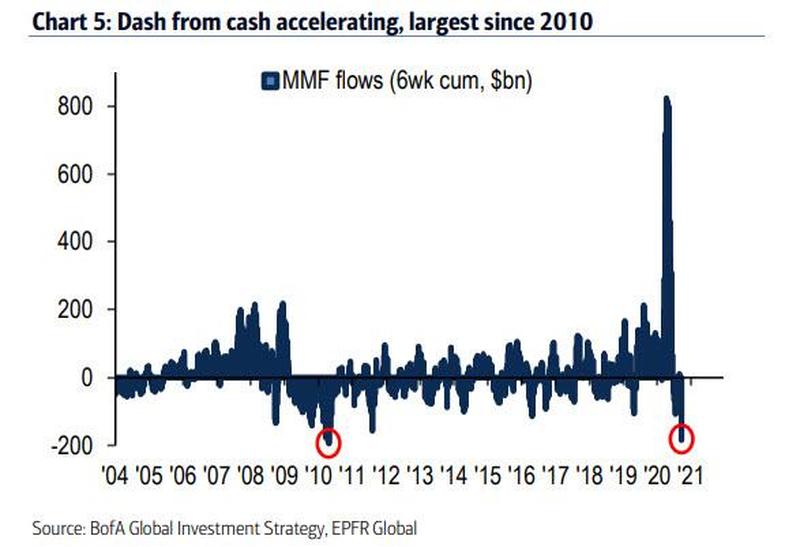 This amazing chart shows SO VIVIDLY the magnitude of the MARCH PANIC.

The world utterly froze and central banks did what no other institution on the planet can do, and that is to use their MAGIC WAND to create endless liquidity and restore needed confidence.

It worked; the global economic machine realized the END of the WORLD isn’t coming.

No one can TAKE AWAY what they accomplished in March, but their actions have second- and third-level consequences that are UNINTENDED but end up being even more meaningful than the response itself.

Look at the chart ABOVE again and you’ll see the amount of cash that is returning to equities is still FAR SMALLER than what exited in March.

We believe this SEPTEMBER CORRECTION we’re going through is really good because it points long-term investors to the support levels for stocks, now that millennials understand that there are TWO SIDES to the market coin. 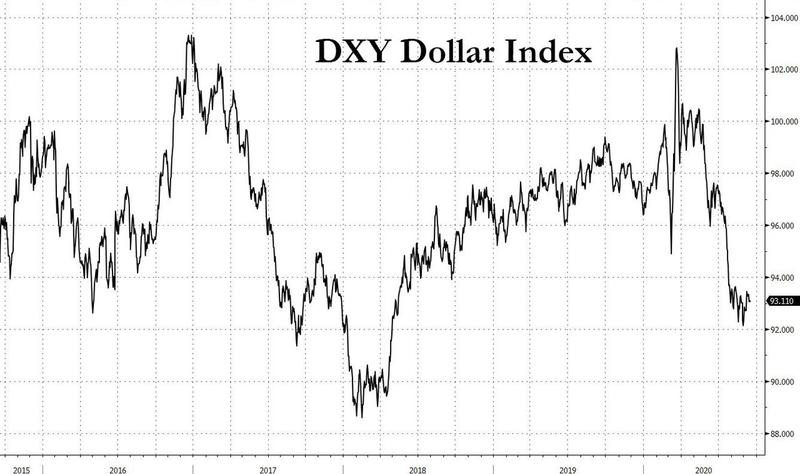 The dollar is clearly weakening, but it has found support at these levels. It could even strengthen a bit, but we believe there’s still a 5%-10% DOWNWARD SPIRAL coming in the 3-6 months ahead of us.

Gold could really jump above $2,000/ounce by the end of the year, along with silver hitting $30.

Right now, though, one has a chance of BUYING TECH at a discount compared with the last two months.

Many investors have HATED TECH for years, thinking it was a bubble, but that’s not the case.

The world’s fastest-growing businesses are in the fields that include high-tech. 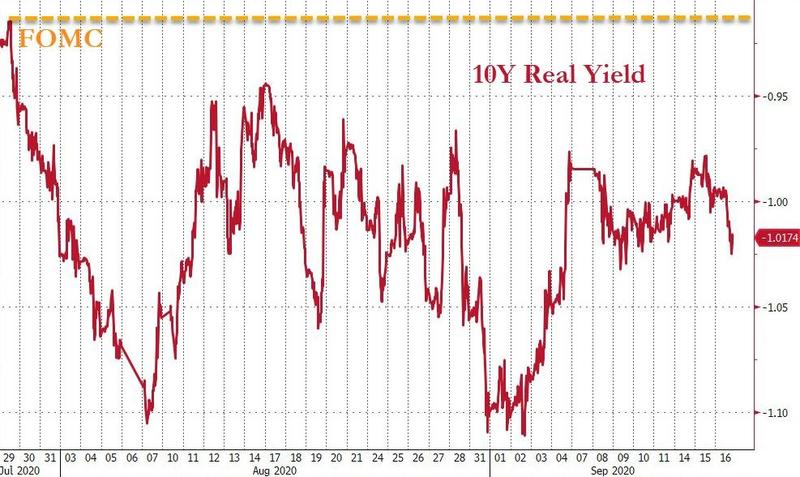 Because real interest rates are STILL NEGATIVE, stocks and precious metals, along with real estate, have a real catalyst to keep GOING UP.

The NASDAQ is down -12% in September.

We’re not in the habit of STAYING INDIFFERENT to discounts.