Critical Metals That Should Be On Your Radar

Critical Metals That Should Be On Your Radar

The Asian middle class is growing richer bb the second. The demographics of some of the Asian countries remind me of the U.S. demographics just after WW2, when it became the richest country on the planet and began a massive borrowing cycle.

This has made the U.S. the largest consumer of goods in the world, but the population of the U.S. is tiny compared to Asia’s. 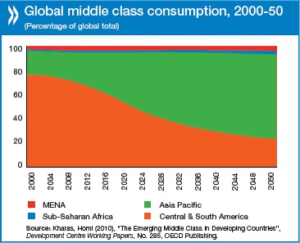 This is a power to be reckoned with, as China and India, as well as Indonesia, are much younger than the developed world, and in terms of numbers, they will account for 70% of the world’s urban population soon. 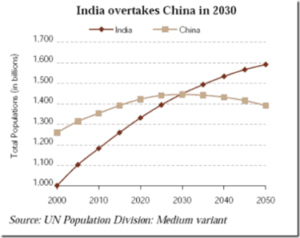 What this means to Metalionaires is that some key metals and energy sources will be absolutely vital to maintain and sustain the appetite of these people, who, for the first time, will be building homes, purchasing cars (mostly electric), shopping for appliances, consuming nutritional foods, and taking care of their health, to name a few.

Wealth Research Group is currently performing due-diligence on stocks in this space, and we have narrowed it down from 76 initial candidates to 3 exceptional ones. It’s now a game of patience until the ideal price and catalyst make it ideal to profile.

2. Lithium: The fundamentals for this metal couldn’t be any more bullish. This is a 21st century critical metal, and wars will be fought over the supply sources of it. Lithium is used in batteries, electric vehicles, and many electrical devices. The beauty of the supply/demand fundamentals is that the demand came all at once, and this surge cannot be met by new discoveries and current producing projects. There’s a genuine supply shortage. 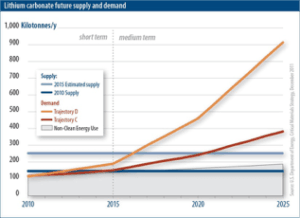 In this industry, there’s only one company that is lined up for extraordinary gains. I have looked at countless projects and management teams, and the competition is basically non-existent. Lithium is a metal that has years of upside potential, so early-stage companies are definitely the ticket for the most leveraged profit potential. New discoveries and drilling results are what the market players are all looking for.

3. Cobalt: This is one metal I am extremely bullish about, since there are so few companies actively looking for it.

Cobalt is one of the metals of the future, and it will be a strategic resource for those who own it. 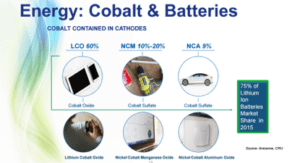 This is an industry that Wealth Research Group is spending a lot of time investigating and examining.

With companies like Elon Musk’s Tesla planning to gobble up most of the world’s supply of lithium, for example, and with Asia’s super-large appetite for modern living, these three metals will be a phenomenal opportunity with the Steroid Stocks.