The darkest hour of the day is the one that precedes dawn, same as 2019 has been UNREAL up until now – after 2018, when CASH (U.S. Dollars, to be exact) was the best-performing asset class and 93% of global assets were NEGATIVE for the year!

In late December 2018, we published time-sensitive alerts, stating that there was NO WAY IN HELL that policy-makers and central bankers were going to do nothing in the face of the brutal December Massacre. So we placed bets on gold, silver, Bitcoin, and THESE HOUSEHOLD STOCKS. We also published vast amounts of historical data on the phenomenon called Mean Reversion, which represents the principle of things returning to normalcy after extremes. The GAINS have been massive.

In 2019, ALL major asset classes are UP big, so this is also an anomalous year.

2020 will not be as beautiful and epic for the S&P 500 as this one has been. For one, American corporations, which are BY FAR the best in the world, have over-extended and are indebted, as well as employed to full capacity.

Check out the slowing employment market: 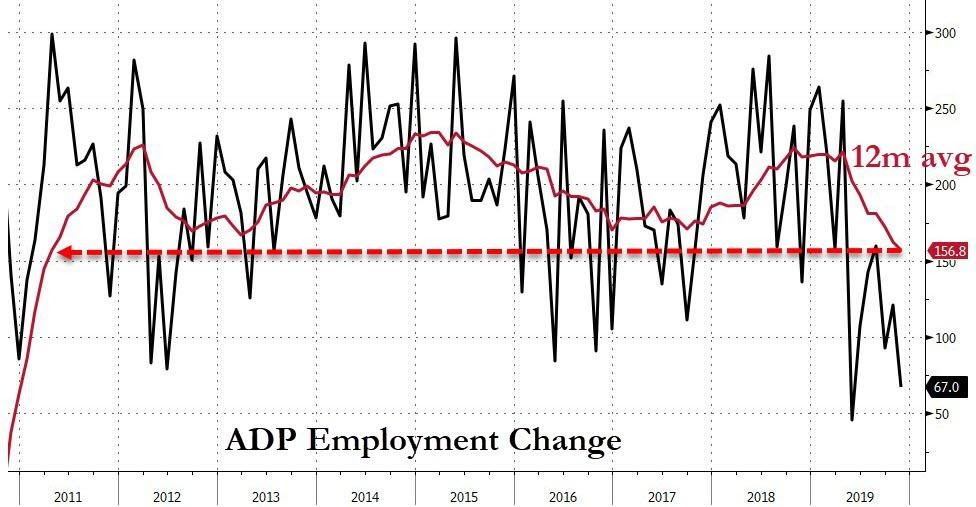 In this chart, you can see that the jobs market has absolutely only one way to go and that’s DOWN.

Wealth Research Group is convinced that the United States of America has become a clear case of a nation that is driven by its corporate agenda, but its general population is not prepared to THRIVE in the 21st century.

Most jobs are of poor quality and offer little to no upside potential, upward momentum or a trajectory that shows promise.

A vast number of high-paying occupations are no longer available and America won’t seem to wake up to that fact.

It is PLAINLY seen in this graph: 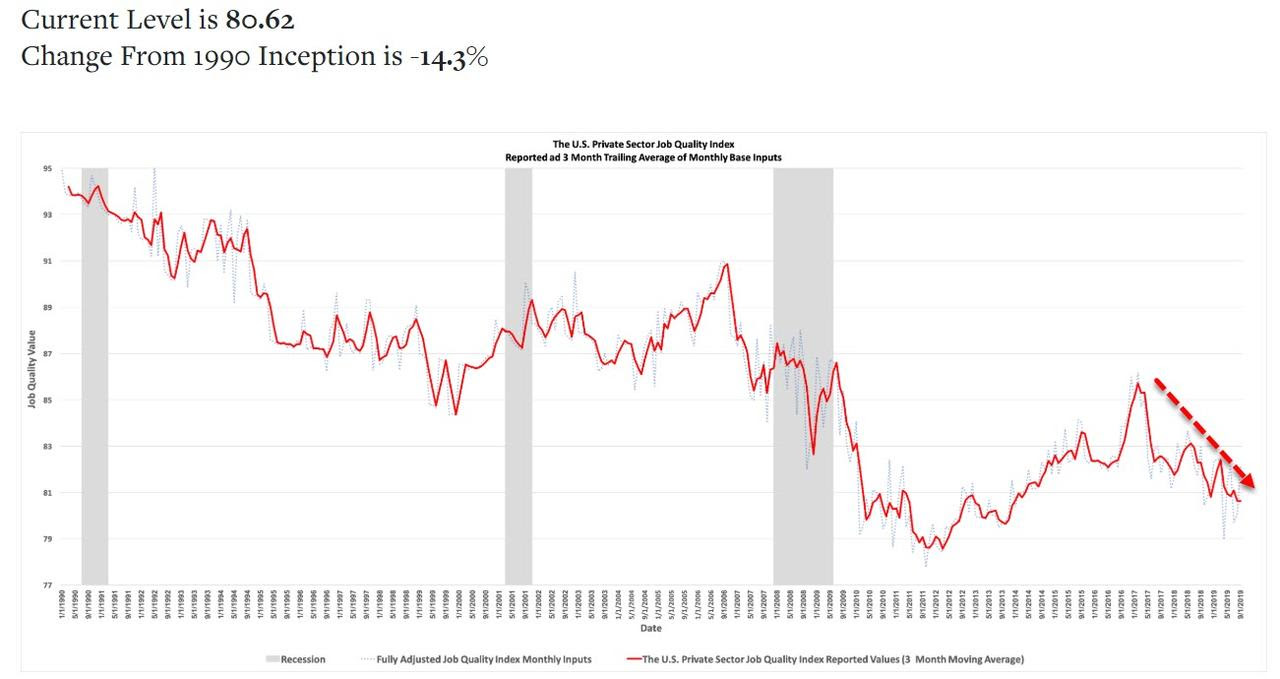 America’s corporations realized that the government will not stand in their way, as they ship wealth abroad by hiring millions of low-paying workers, training them to replace America’s middle class, and leaving them to deal with the CONSEQUENCES on their own.

This is the reason that U.S. entities, blue-chip stocks that we all know, have been outperforming for so long.

The government has allowed these reckless profit-seeking policies, without any recourse or consideration towards the great multitude of people who were cut from the labor force in their 40s or 50s, without the opportunity to get readjusted.

Should Americans be upset? They sure as hell should be pissed.

Every second westerners spend on contemplating what they’ve lost or how good it used to be, though, is a second they’ll never get back.

A market event, a crash, a major crisis is inevitable and, in our estimate, is NEAR:

As you can see, the S&P 500, which has been the ABSOLUTE best choice for investors over its 62-year history.

But, from its inception in 1957 and up until today, it has suffered several 50% SETBACKS, and looking at its fair value, we could be witnessing the possibility that the index stays FLAT for years or pulls back in a substantial manner.

Corporate profits are FUELED by debt, not to mention GDP numbers that are NEGATIVE, if you take away deficits.

The ramifications are dire and I’m SHOCKED that most don’t hedge 10% of their wealth in gold; what a shame.

Lights, Camera, ACTION – 2020 has some historical moves in store!