In the past 10 years, the acceleration of the process of widening wealth gaps in the western world has morphed from an just being an economic problem and it is now also a social one.

In any modern and complex society, around 3% excel in their profession and they’re far wealthier than the rest. That ratio between the ultra-successful and the rest is normal, historically, and is part of the motivation that people just starting out or on their way to success feel when they get up early in the morning and will themselves to give it their all, so they could one day live fuller lives, with more possibilities.

The issue of today’s world starts when 97% of the people begin to notice that the 3% are cornering or monopolizing the industry in which they’re flourishing. This is what Industrial Revolution Europe was like. Workers saw that business magnates and robber barons were creating trusts and combinations to keep others from climbing the ladder.

That led to many changes in society, as the masses went on strikes and pleaded with their politicians to provide solutions. The capitalists took it too far and the working man didn’t like getting pushed around and told to work until he dropped.

In the western world today, there are innumerable rules and regulations that restrict employers from taking advantage of their employees in a blatant manner, but the new obstacle we’re facing as a race is that capitalism is no longer a case of a rising tide lifts all boats.

Disruptive technology that wipes out entire professions, the availability of endless pools of cheap labor workers, and the increased productivity of our industries are all threatening the sources of income for hundreds of millions of skilled individuals that consider themselves to be westerners, who are finding it difficult to cope with the pace at which the world is advancing.

This is not a passing trend or a short phase; it’s a real problem on an international scale. To compensate for its massive depth and scope, governments have been borrowing monstrous, gigantic, ridiculous, and unsustainable sums of money from foreign and domestic investors to stem the blow. Additionally, they receive aid from their respective central banks, who monetize the debt by buying a portion of the bonds themselves, thus suppressing interest rates and rigging the free market mechanisms.

Governments believe that they’re helping the middle class and the poor by coming up with broad social programs, but the wealthy are far bigger beneficiaries of this social safety net system.

So, not only are we not closer to a real, long-lasting solution, but we’re wasting precious time and resources while we wait for the inevitable: a system collapse and reset. 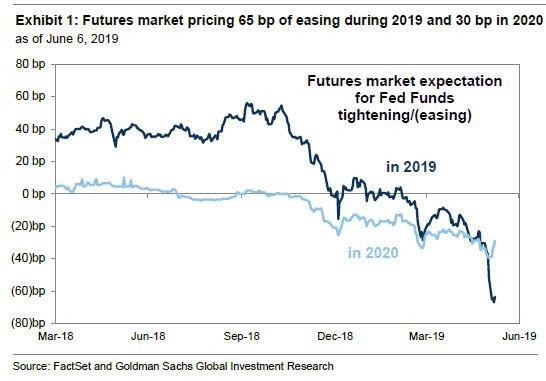 As you can see, the tightening period is DONE. Investors are already pricing 2 rate cuts for this year and more in 2020.

The wealthy – who do not create this system, but are simply better at operating within it (different from the elite, who do control it) – are like a pride of lions anticipating the movement of a pack of gazelles, in order to strike a major blow. Historically, the first rate cut has sparked major rallies and they’re ready to buy the dip.

The wealthy in the western world have (1) seen their earned income and salaries compound and grow at an inflation-beating pace for decades, (2) seen their portfolio perform extremely well, even if they just BOUGHT-AND-HELD the S&P 500 (including through 2008), and (3) seen their competition fall measurably. Their lives have not declined in purchasing power at all, unlike the middle class and the poor.

The middle-class and lower-income brackets are finding it harder and harder to create rags-to-riches stories. That’s the REAL problem and the cause of our internal division. Wealth gaps have existed in most societies for centuries and have been with us since the dawn of this republic, but a system that makes it easier for the rich to get richer is a new phenomenon in America to such an extent.

Central banks and their policies are part of the root of this problem, along with silly decisions made by previous administrations, but we are where we are and have to play the hand that’s dealt. The way up towards better lifestyles is always open, but it will require open dialogue and cooperation from all sides and HARD WORK, not handouts. 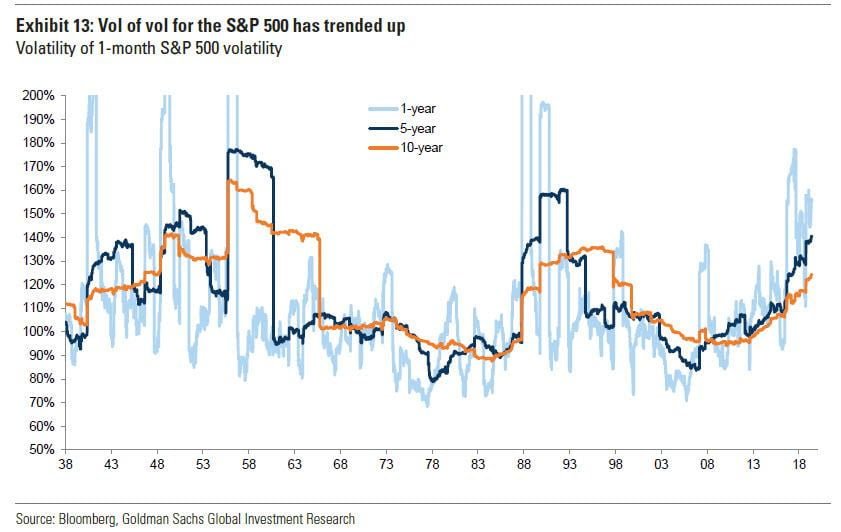 The chart shows you that volatility is increasing and decreasing cyclically. Currently, it is rising, as it does at the end of long, bullish rallies.

No one knows how this will end, which is the reason diversification is necessary and appropriate.

The debt pyramid has been able to remain intact much longer than many had envisioned it would. The stones are beginning to break away from the main pyramid construct, and around the globe it is becoming very noticeable that people are ANGRY.

Remain vigilant and think of ways you can isolate yourself and your family from what may occur when the pyramid of power loses its grip over the furious masses.