Investors have mixed feelings about the long-term validity of the dollar. They haven’t made up their minds on how viable Bitcoin and other cryptocurrencies are. The verdict is not out on President Trump, or gold, or China yet, but I can tell you that no matter who you ask about The Eurozone, THEY HATE ITS GUTS.

I’ll be spending June through September in Spain, France and Italy; these three are Europe’s Mediterranean touristic jewels, but they’re also going through internal revolutions. Brexit is, of course, the big over-hanging cloud, as well as the illegal immigrant crisis from the Middle-East and Germany’s flirt with recession, are all major headlines on media shows around the globe.

This morning, my wife and I went scuba diving in Cozumel, the tiny Caribbean Island that sits right across the beaches of the Riviera Maya, specifically Playa Del Carmen, which is part of the ancient coastline that once thrived with the people of the Mayan culture. The Mayans – from “Maya,” which translates to “Chosen People” – had spread throughout Central America and built a sophisticated culture. When visiting Tulum’s ruins this past Friday, I was struck by the ancient worship center, which housed a total of 6,500.

A wall was built to segregate between the elite and the commoners. Outside the walls, 6,000 villagers lived. Inside the walls, in stone-built homes, lived the Aristocrats. There was no way of becoming part of the insiders other than by heredity.

The elite would further distinguish themselves from the average person by shaping their heads differently from birth, creating a permanent mark of class warfare.

In today’s world, we don’t follow these same hereditary norms, but we still are guilty of many prejudicial thoughts and opinions about others.

I have scuba dived in 18 countries with divers from 34 nations. They all love the majestic underwater. No one asks about your political views, religion, or financial situation. All the instructor needs to know is your certification level.

That’s the guiding measure of skill before the dive. In life, we need to start doing the same. Instead of viewing people from the standpoint of some arbitrary category, show tolerance to all. So many treasures are injected into the open mind, which wants to receive and accept all types of information that are blocked and never reveal themselves to the close-minded individual. Assume nothing and keep searching for the deep knowledge in all matters.

When the Spaniards came to these shores, they MASSACRED the Mayans. The one thing that really made them furious was the Mayans’ worship of a feathered snake. This was enough for them to destroy this wonderful culture, instead of embracing some of its valuable elements.

Today, two very different cultures face the exact same choice: the capitalistic U.S. society, which puts personal liberties and the pursuit of happiness on a pedestal; versus the centralized Chinese powerhouse, which moves as one whole body, scarifying the self and focusing on collective achievements. 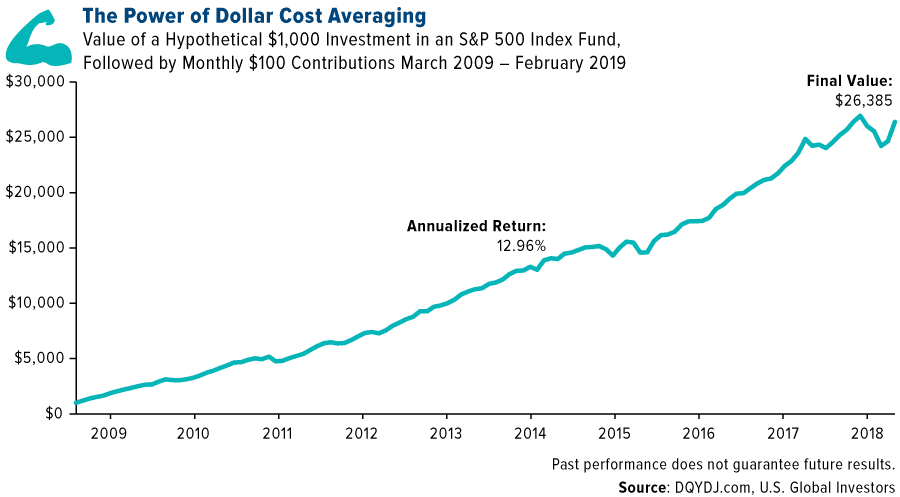 In this past decade, going LONG has been an incredible money-maker for American enterprise, as you can see above. Making 12.96% a year is absolutely amazing. Hedge fund managers charge an arm and a leg for delivering these kinds of results, but the low-fee index would have done the same.

The S&P 500 rose 13.1% this quarter alone and concluded its best start to a year since 1998. This is its best quarterly performance since 2009. Timing markets is simply impossible, which is the precise reason we LET OPPORTUNITIES come to us. After a 20% drop in the S&P 500, we went in big and were rewarded for it big-time.

Be open-minded as to what comes next. Don’t predict it. Live it. Breathe it. Sense it. As you can see, there is no logic to quarter-by-quarter behavior.

For 10 years, despite the insistent cries by sound-money advocates that the dollar is on the brink of hyperinflation, we haven’t seen or undergone any such disaster, yet.

Europe has been left for dead, but when the EUR outperforms the USD, gold has its best rallies. 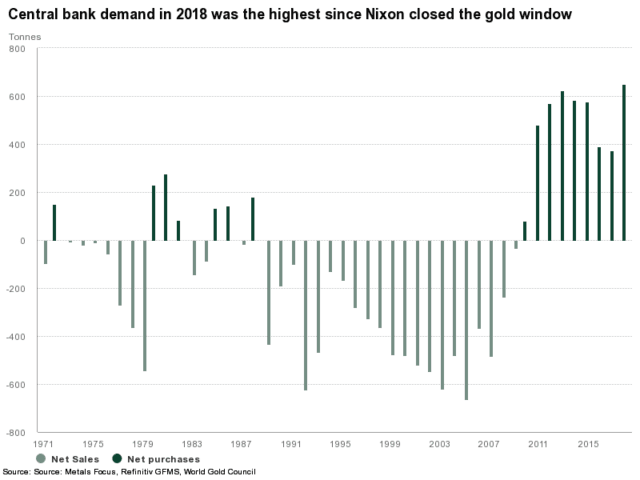 The central banks have been accumulating gold in massive amounts. It is not hard to understand why the price keeps getting manipulated down, as they build their hoards.

Don’t get frustrated over it. When they decide to finally release the breaks, you’ll have a big old smile on your face.