I know the story very well and it is the result of a faulty engineering process, which a supposed genius came up with and because it was cheaper to construct, using his method, many builders chose to do it.

On the face of it, the inventor was a maverick, a well-known architectural guru, who understood the risks of his process, but everyone was fooled by randomness, as Nasim Taleb brilliantly said.

Wedding after wedding, the happy families danced on that same floor, which you saw collapsing into dust in the video above, because it could not stand the weight, and nothing happened, so no one knew the risk involved.

Until that fatal day arrived…

The FED kept the global economy dancing for 13 years, with its dovish and accommodative interest rates at ZERO.

That world is gone and with it, the floor has crumbled and we see that investors now understand the risks, associated with owning businesses. 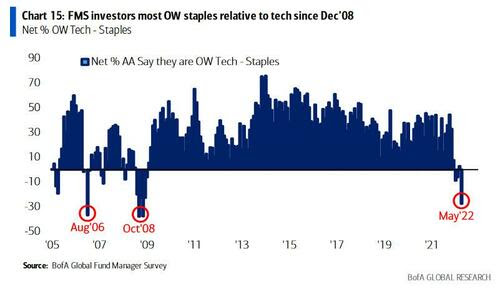 TINA {There is no Alternative} is dead. Goldilocks is dead. Tech and growth are getting compressed because the risk of paying a premium for the future is bigger than before and we’re at risk of entering a global recession, if the FED drops the ball.

There are some GENERATIONAL OPPORTUNITIES starting to form!