On Sunday, I recommended watching THIS documentary as one of the best ways to understand the dynamics of the 2008 emergency measures taken in order to stop the credit system from going under.

One of the biggest lessons that was reinforced in my mind – after watching it five consecutive times – is that there’s no way that a complex structure like the U.S. economy can run smoothly when the differences between people’s educational background in the subjects of citizenship, rights, the constitution, and the monetary system, are so large that the Grand Canyon looks small in comparison.

Hank Paulson ran Goldman Sachs for many years before the Bush administration courted him for the job of Treasury Secretary. He was retired, essentially, as they approached him to join the government. He was incredibly reluctant at first, and refused. It took several meetings with George Bush to get him on board.

He admits to totally missing the risks of a nationwide mortgage and housing crisis. This is a big lesson from the time. Even if all the information is available to you and your job is to monitor the functionality of the system, “Black Swan” events will happen. The reason they occurred in 2008 was because FREE THINKING people that warned about the meltdown and followed the reckless lending taking place, were operating outside of the government. To them, it was clear as day. In other words, it’s only a Black Swan to the ignorant multitude, but not to the enlightened few.

It takes balls and courage to present Secretary Treasury Paulson or the Federal Reserve board with evidence of problems, especially if you’re an employee who fears getting sacked over the spreading panic.

Investors who were betting big on the meltdown were far more incentivized by financial gain, related to shorting Freddie and Fannie than with saving the economy. So the responsibility in this instance, as I see it, LAY with the regulators who did not legislate stricter banking rules (which would have saved the global economy a world of pain).

Buffett is actually the one who called Hank Paulson with the idea of the TARP program. He suggested that instead of the government buying toxic assets, the government should just lend institutions money with interest attached, thus eliminating the lack of transparency between banks. This lack of trust, which existed before TARP, was one of the BIGGEST causes for the severity of the crisis. Lack of trust didn’t bring 2008 about (that was bad lending practices), but lack of trust was the catalyst for the market’s largest sell-off days.

It was a run on the banks. Buffett called it an Economic Pearl Harbor and said that had it not worked, you’d probably have found him hiding in a cave until the whole thing blew over. 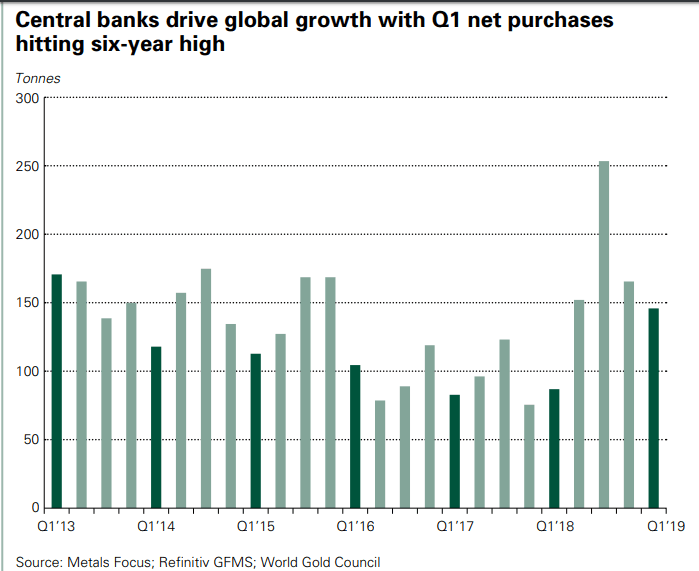 What central banks are doing by purchasing gold in massive amounts is a process of de-dollarization.

They’re considering the possibility that the White House is contemplating some sort of Helicopter Money program, a partial debt write-off, or both, so they fear devaluation.

Just like in the late 1960s, when central banks last loaded up on gold, the reasoning remains the same – the likelihood of dollar inflation is increasing by the day.

One of the most challenging bridges to cross in 2008 was the political one. When presented with TARP and bailouts, the Republicans were mixed in their opinion of it: 50% said NO, while the other 50% said HELL NO.

Hank Paulson himself said that the programs they implemented were un-American.

The choice Paulson, Bernanke, and Geithner had was between allowing markets to work freely or with minimal intervention, and see where that led, armageddon or not; or save the institutions that were so essential to America’s economy that their bankruptcy could prove more cancerous than beneficial and risk the backlash for saving damaged goods.

Think about it this way: you’re at war with an enemy and he’s using every dirty trick in the book. There’s a storm in the middle of the ocean and both you and your enemy are swept away to a deserted shore. He’s bleeding out and you have the choice of letting him die (after all he’s done to you), or saving him, because you can’t build a life raft without him and escape the island and your own demise. You might be thinking to yourself that a ship will come and that you don’t need him, but can you take the risk? There are far too many unknowns.

They chose to save the enemy and the enemy was so arrogant that he didn’t even thank them. Wall Street CEOs told the government that their bailout funds were not going to change the fact that MASSIVE BONUSES would be distributed as planned. And so, the public got the idea, the TRUE idea, that they indirectly financed Wall Street bonuses.

This wasn’t the only reason the public was enraged. On Thursday, I’ll show exactly what got the Republicans to change their minds about TARP, what happened with the loan, and how the disgust and distrust towards the elite was born.

Nobody likes double standards and that’s what 2008 proved about this country. The elite were treated as if their mistakes were justifiable, while homeowners’ mistakes were not tolerated. Millions who had done nothing wrong, and could easily afford their payments, were also at risk of losing their homes because the recession brought with it a wave of layoffs and bankruptcies. It’s like there were two rule books; one for you and I and another for corporate