30 years ago, there was no awareness of fitness and health food in most places. People weren’t even drinking diet soda, not to mention living an eco-friendly, green, health-conscious lifestyle. It was a very different world back then, and things have changed dramatically.

Consumer trends have shifted towards a fitter, leaner and greener lifestyle, and their spending habits have changed as well.

Sugar-infused carbonated drinks and sodas have experienced sales declines in recent years, but energy drinks are on the rise – especially the ones that don’t make people feel guilty about consuming them. Investors in Coca-Cola, who prospered in past decades before health consciousness became popular, have started to feel the pain resulting from declining revenues: 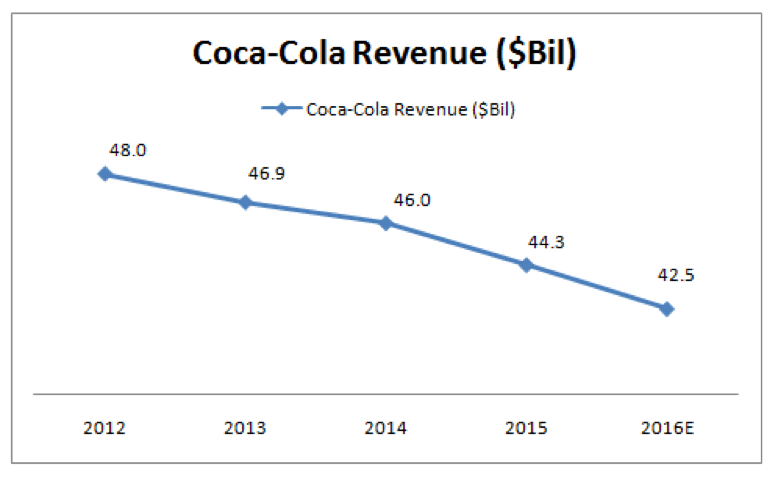 Wealth Research Group sees a new and highly lucrative wave forming in the consumer demand for beverages, and it’s still in the beginning stages. That’s exactly the right time to take a position in a growing industry: before it becomes a crowded trade.

For instance, I was an early investor in Monster Beverages, back when it was a new company and before Coca-Cola took it over; now it’s a well-known brand and of course my investment was highly profitable.

Now that consumers insist on beverages with nutritional value, my attention is not on Coca-Cola or Monster Beverages, but on a recent beverage technology known as nootropics. These are supplements or other substances that improve cognitive function, particularly executive functions, memory, creativity or motivation in healthy individuals.

Clearly, beverage consumption isn’t just about entertainment anymore: with nootropics, also called smart drugs or cognitive enhancers, people can get much more out of their drinks.

For businesses and investors, there’s a new market and plenty of money to be made: currently, memory enhancing nootropics hold the largest market share among students and the working class due to growing awareness with respect to the proven benefits.

Wealth Research Group has been monitoring this beverage technology and has uncovered a newly listed company which uses a proprietary formula for nootropic technology. The company is KOIOS Beverage Corp. (CSE: KBEV & US: SNOVF), and they focus exclusively on North America, the world’s largest consumer of nootropics. The growth of this niche market is expected to be huge: 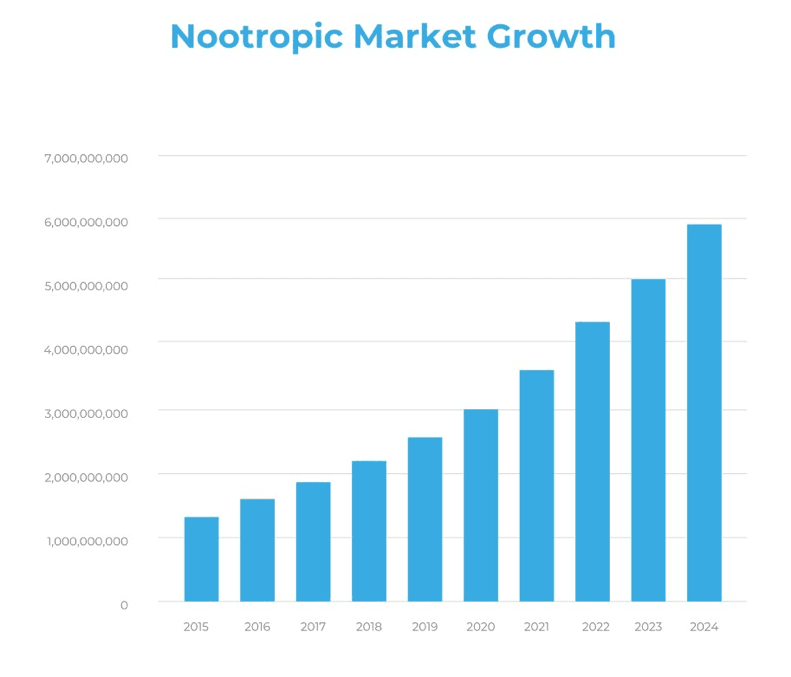 KOIOS is uniquely positioned as the North American leader in the nootropic market, which is expected to grow by a CAGR of 17.9% to $6 billion in 2024.

KOIOS is the leader in not just one, but two booming markets: nootropics and functional beverages. Functional beverages are nonalcoholic drinks that provide specific health benefits and contain non-traditional ingredients like minerals, vitamins, herbs, amino acids, or added raw fruits. Like the nootropics market, the global functional beverage market will expand very quickly, as it is projected to grow at a CAGR of 9.3% during the forecasted period of 2017 to 2022.

KOIOS is concentrating on the best region for this market, as North America is the top consumer of functional drinks.

Key to the ongoing success of KOIOS is it suite of proprietary ingredients. Value-added infusions of healthy ingredients are a signature of KOIOS’s beverage offerings, and the company’s nootropic beverages have been studied by highly respected research institutes: 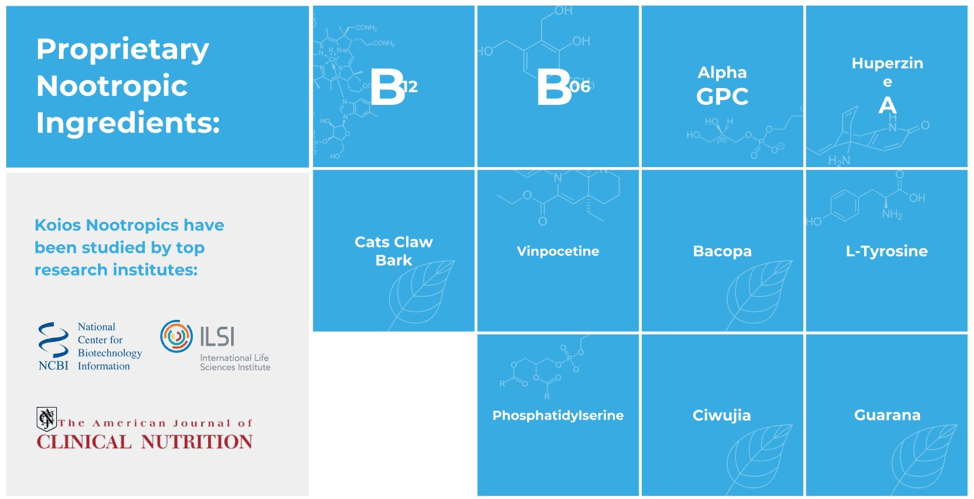 Investors will also be glad to hear about a recent development: KOIOS announced a distribution deal with SportLife Distribution that will expose KOIOS’s products to thousands of additional retail customers.

Chris Miller, CEO and founder of KOIOS, explained the implications of this deal: “SportLife handles many of the top-selling companies and nutritional products in the world, carrying emerging brands with unique selling propositions that consumers want and are demanding.” Miller added: “SportLife fills a very important niche in the marketplace. They are also unique from a distributor standpoint in the way they work hand-in-hand with their vendor partners.”

Now you can take advantage of the emerging nootropics and functional beverage markets with a position in KBEV stock shares. For Wealth Research Group’s full exclusive report on KOIOS and this amazing opportunity in a fast-expanding industry, go here to download it today.

This work is based on public filings, current events, interviews, corporate press releases, and what we’ve learned as financial journalists. It may contain errors, and you shouldn’t make any investment decision based solely on what you read here. It’s your money and your responsibility. The information herein is not intended to be personal legal or investment advice and may not be appropriate or applicable for all readers. If personal advice is needed, the services of a qualified legal, investment, or tax professional should be sought.

Never base any decision off of our advertorials. Wealth Research Group stock profiles are intended to be stock ideas, NOT recommendations.

The ideas we present are high-risk, and you can lose your entire investment. We are not stock pickers, market timers, or investment advisers, and you should not base any investment decision off our website, emails, videos, or anything we publish. Please do your own research before investing. It is crucial that you at least look at current public filings and read the latest press releases. Information contained in this profile was extracted from current documents filed with the public, the company website, and other publicly available sources deemed reliable. Never base any investment decision on information contained in our website, emails, or any of our publications. Our report is not intended to be, nor should it be, construed as an offer to buy or sell, or a solicitation of an offer to buy or sell securities, or as a recommendation to purchase anything. This publication may provide the addresses or contain hyperlinks to websites; we disclaim any responsibility for the content of any such other websites. We own shares of Koios Beverages. Please use our site as a place to get ideas. Enjoy our videos and news analyses, but never make an investment decision based off of anything we say.