My father was diagnosed with cancer this past week. It’s in an area of the body where the chance of survival is high, nearly 100%.

I decided to speak with a few experts and get their opinion; after all, it’s a biopsy, so their insights after looking at scientific data should have been about the same… I expected a unified response, where what one professor would advise my father would likely be similar to or exactly what another would suggest.

That didn’t end up being the case… we received insights and input from several experts and they didn’t all sound the alarm in like fashion.

I was surprised; observation of a clear scientific biopsy result birthed a number of potential solutions and methods of progress, plus my father made it clear what he was willing to go through and what in his book was the red line.

On the way home, I told my father that in 2010, I remember vividly how two of my favorite economic commentators thought about the deflation/inflation debate in starkly diverse ways.

Both of them looked at the same parameters and variables and reached polar opposite conclusions about the future.

I thought to myself, how could this happen? One of them will surely be absolutely wrong. My father asked what happened to the credibility of the person who was in error and didn’t predict or forecast correctly.

I replied that he’s still popular, considered a guru and a mentor to millions, and often appears on national TV to give his input.

My point is basically that a person’s individual past experience and his own memories and character features impact and influence his train of thought, when it comes to future events.

An optimist sees the bright side, while a pessimist prefers caution and prepares for tough times. An idealist is not realistic and believes that risk is overblown, while a doomsday prepper thinks the whole system is one giant theater and that we’re headed for an internet blackout and martial law.

All of these people would interpret the same data, according to their innate bias.

Investors who think about owning stocks with a 10-20-year growth opportunity should not be bothered or concerned with any short-term data, apart from when it makes the security they want to accumulate more attractive. 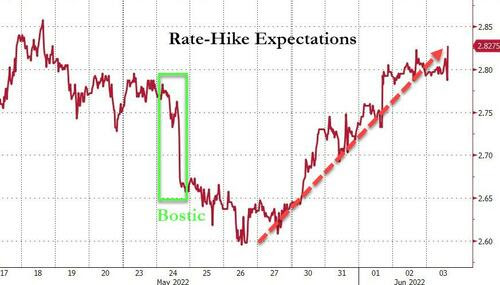 Jamie Dimon made it a point to turn his “storm clouds are gathering” analogy, which he made in January, into “the storm is here, but we don’t know if it’s mild or if it’s ‘Sandy.’”

Jamie Dimon sees very interesting data about the U.S. economy, being CEO of its largest bank, and he is a legendary bank executive, known for running the establishment in a very successful manner.

I am not questioning whether or not Dimon is one of the best-ever bank chiefs, but when it comes to making economic predictions, Dimon likes to be 100% eccentric and committed to a point of view.

If things are good, he’d say that they’re great, and if they’re shaky, he’d predict hell on earth.

What we know is that the airplane we’ve all been on for the past 13 years – the one that flew around the world and never ran out of fuel as we had our vacation – is coming in and needs to land.

Central banks have made sure the vacation has gone on and on, but we have to land NOW.

The debate is not on whether or not the vacation is over (the bull market), but about whether this plane will have a hard or soft landing.

The bottom line, though, is that the tech honeymoon that lasted for 13 years is over.