Yesterday morning, at 8:00 AM, while London was waking up, our group got access to the Tower of London a full 60 minutes before it opens to the general public. You are getting a private tour of the grounds and of the Crown Jewel.

Despite many people thinking that they are replicas, Royal Coronation apparel – or the ‘Crown Jewels’ – have been locked away in the Tower of London ever since the 1600s.

If you love precious metals, gold, platinum and silver (and diamonds), those masterpieces are gorgeous to watch up close and personal, undisturbed and uninterrupted by the massive lines of tourist (between 10K and 18K daily visitors), which start rushing in at 9:00 AM.

I felt very lucky to enjoy these with my group, on our own, with a very knowledgeable guide.

The ravens that reside at the Tower of London became famous, since the mediaeval belief that they’re guardians of the Tower spread throughout the kingdom. There are seven of them and it was Charles the 2nd that became convinced that if the tower is ever abandoned by its resident ravens, the kingdom will fall.

It’s amazing to think just how much superstition existed in our world, fully embraced by kings and accepted by the people, who didn’t know better, just a few hundred years ago.

The Tower of London was used for tortures and they were brutal!

One very famous story is that of John Gerard, whose only crime was that he was a Catholic priest in a Protestant country.

He really couldn’t stand the pain no more, so he used orange juice as invisible ink to write secret messages to his co-conspirators.

I was reminded again just how much has changed in this world, but how timeless precious metals are.

Another key insight of the day was to meditate on how much control rulers used to have on the people, compared with today. Even though many of us still feel that politicians exert too much of it, the leverage that kings and queens enjoyed not so long ago was disproportional to our modern-day governments. 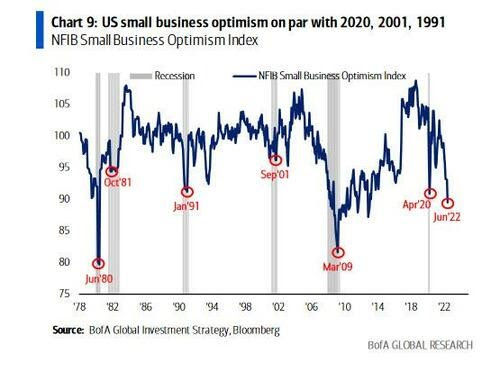 Optimism levels in Small Business America are extremely low, as surveyed by the NFIB and these financial pains are caused by the same fallacies of the kings of the Dark Ages, the error of centrally-managing a currency system with a bank.

If you think that business owners are too spoiled or that surveying just small businesses is inaccurate, then the University of Michigan’s consumer sentiment survey, considered the best in the world, shows that by combining both surveys (business owners and consumers), we are in one of the hardest periods in the past 50 years! 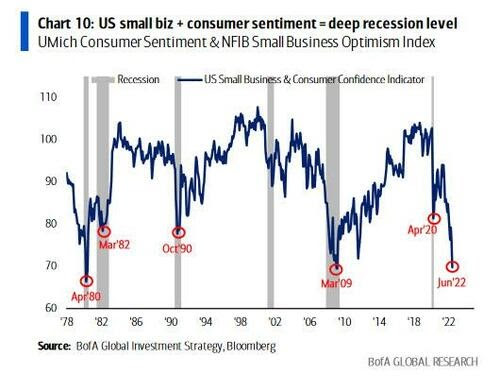 What does this all mean?

When I walk the streets of London and see Mercedes-Benz, Ferraris, Lamborghinis and Aston Martin’s on every corner, it’s simple to dismiss it all and feel reassured that the world will move on from the current slump, as it has done for thousands of years of recorded history.

After our guided tour of the Natural History Museum, where we learned about the theories and schools of thought, regarding Charles Darwin’s evolutionary ideas of the universe, it’s impossible not to be super-optimistic about the future, but this doesn’t mean that there won’t be victims to this recession.

The way we see it, our default mode is that inflation will be higher than 2% for the rest of this decade and we should learn to live in that world.

Biden’s fault or not, I think most Americans place the blame on him and this will lead to political changes. 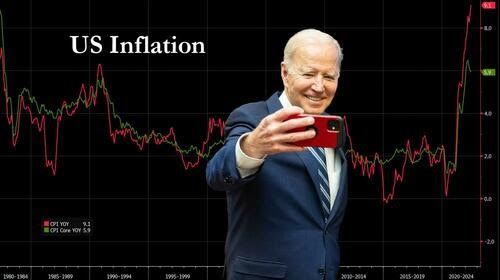 As gold continues to cling onto the $1,700s, we’re watching closely to see whether or not some of the deepest levels of USD strength will keep sending commodity prices back to earth!

Earnings season will be the Maginot Line, which will determine if the recession will be deep and long or shallow and short.

The road has hit the road; July 2022 is the most critical month of the year.