When I was 17 years old, in my last year of high school, all Israeli males are concerned with one thing and it’s not what you’re thinking… it is with where they’ll spend the next THREE YEARS of their lives in the I.D.F, a mandatory military service.

Some just want to be stationed close to home, doing desk work and sleep at the house at the end of their daily shift, while others have dreams of becoming the next James Bond.

I was infatuated with the possibility of training as a fighter pilot, one of the most respected and challenging rolls one could do. Obviously, as a 17-year old, your mind is concerned more with whether or not you can do it than with what becoming a pilot really means.

To make a long story short, one bottleneck of your way to getting your wings is a 5-day selection camp. Some 600 ambitious 17-year olds, who’ve already passed one psychological test and two intellectual ones, cut the available pool of future pilot from 7,000 to 600 and, after this camp is over, half of those will be dismissed, leaving 300 men and women to start flight training and, three years later, 55 pilots, in total, will get their wings, out of which about 5-10 will pilot the fighter jets.

It’s a long shot, to say the least, but everything hinges upon you’re your performance in these 5 days, if you even want to get a chance to begin training.

The 600-person group is divided into groups of 20 and each is assigned to a chief instructor and a deputy.

At the end of this excruciating camp that is meant to separate those that the instructor don’t believe can fit into flight training from those with potential, the group sits down on the desert sand and he literally reads out the names of the people that have passed.

You feel very lonely… it’s a personal moment… you sit there and wait for this instructor to seal your fate, one way or the other.

For some, it’s a defining one, if they end up going all the way and getting their wings, then committing to another 9 years, since they’ll leave the I.D.F., aged 32, at the minimum; they are signing up for a military career. For others, it’s the shattering of a childhood dream.

Handling the pent-up mental pressure and the anxiety is difficult, as you wait for your name to be announced, knowing 50% won’t get called out. 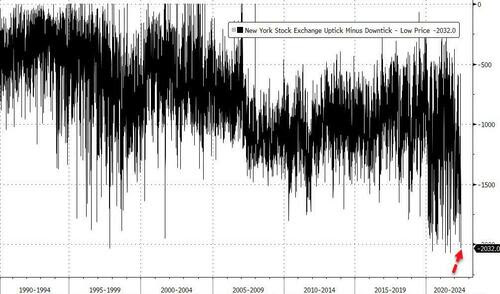 There was more selling pressure than in the Lehman Brothers week and that’s because the notion changed from a 0.50% hike to a 0.75%, for the first time since 1994.

Today, at 2 PM EST, I think my BPM will hit the same levels it did, right before they called my name out in August 2002, when I passed the camp.

Today is a pivotal day for the global economy and we’ll be reporting on right after it concludes.