FINISH YOU OFF: FED Aims for the HEART – PURE EVIL!

They Must Break the Pattern

My father just recently went through a very difficult surgery, so he’s quite weak and needs plenty of support; we make sure to invite him over any time we can, and yesterday was no exception.

It’s very sad and fills one with a helplessness to see someone so close to him going through such hard times, both mentally and physically, and having very little to offer from a medical perspective.

I try to surround him with love from all sides, especially with my kids, a 6-year-old daughter and 8-month-old twin boys, who represent his legacy and his footprint on the planet – proof that he matters.

My mother has saved my father’s life on numerous occasions, both by being alert to changes in his body and by nudging him and his doctors to look at things again and again, since some diagnoses didn’t sit well with her. She has given him a lot!

She has given him all the support one can humanly provide to another and she’s gotten frustrated, as of late, with how lazy this has made him.

She wouldn’t understand my analogy, but she’s like the Federal Reserve keeping rates at zero for far too long, because of a mistaken notion that the economy cannot handle pain.

At this point, he expects things from her. She’s become his assistant and does his work for him and that’s not cool. I love my dad, but when he started to feel entitled and realize that no matter what he does, someone will clean up after him, he became like the public did, when the FED promised to prop up junk bonds, at the same time as the government issued stimulus checks and business loans as well as mortgage and debt forgiveness – TOO MANY FREE LUNCHES!

What this prompted was a feeling that no matter what goes wrong, the government will toilet-paper it with fiat currencies and any policy to ease the pain, so people began spending and speculating and living like there’s no tomorrow. 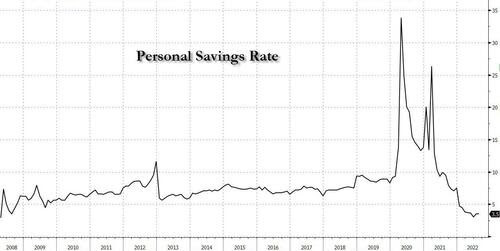 While Wall Street analysts and some of the world’s best investors are shouting from the rooftops that we’re heading into one of the worst periods in modern memory, the public is not even saving a red cent for a rainy day and that’s what the FED wants to break — the inflationary cycle, originating from a wealth effect.

I can’t even begin to detail how many examples I’ve collected over the past few years of job descriptions that made no financial sense, yet were able to command a salary. Investors weren’t asking questions and money was flowing like a river, while management kept growing businesses, throwing lavish employee parties and all without stopping for a second to think of the R-word — recession.

The problem is that some of us have accepted the fact that we must be frugal, change our habits and adapt to the times, while others have not. Incidentally, the FED’s policies are centralized and apply to all alike, so even if I’ve been a good boy and started saving and watching my expenses, the FED doesn’t stop tightening my credit and elevating the interest I pay, because the FED stops after it convinces the stubborn ones to stop expecting a pivot.

After Friday, it seems like the markets, even the most stubborn ones, are pricing in the full scope of the rate hikes the FED had telegraphed, and that means the market as a whole has come to accept its punishment. 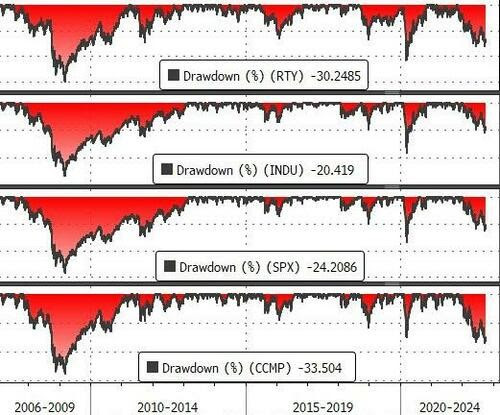 As you can see, all of the four major indices are in a bear market and I have just one personal note to add. I’ve begun buying again into my highest-conviction companies, since I now see for the first time this year that the retail public are NET SELLERS.

These are the tickers I personally bought this past Friday: SPGI, BX, ETSY, CBRE, ANSS and AMD.

If you’ve been able to cash up, know that no one knows whether or not a bottom is in, but we MUST be able to spot value when we see it.