The middle class is furious and I totally understand their frustration. Any government that cheats its most significant demographic is going to have to meet its maker at some point.

The truth is that the Federal Reserve and the Deep State parasite in Washington, along with the self-serving elitists, have essentially drained the wealth from the American financial system – far in excess of what it is naturally built to deliver. 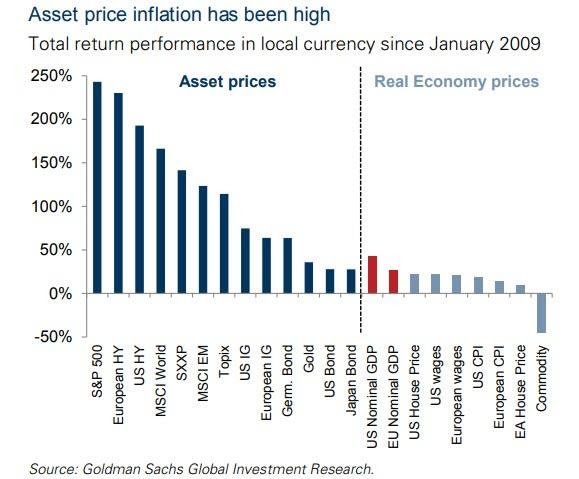 The real economy is in growth mode, but it’s very slow and, basically, crawling.

You can’t cheat forever. The only way to achieve such lucrative asset price appreciation – while the hard stats are only creeping up – is by issuing cheap debt, and funneling it to the bankers and their friends first. This allows asset inflation to enrich the equity holders, while suppressing the middle-class with stagnant wages and tax increases.

Outsourcing without regard to negative social consequences has allowed multinational corporations to become unbelievably profitable; they take advantage of tax havens around the world to stash their huge cash hoards, instead of repatriating their boosted capital and using it to employ millions of people and raise their respective wages.

The rubber meets the road eventually; Europe’s economic activity has come to a screeching halt. There simply comes a point when issuing new debt no longer stimulates the economy. 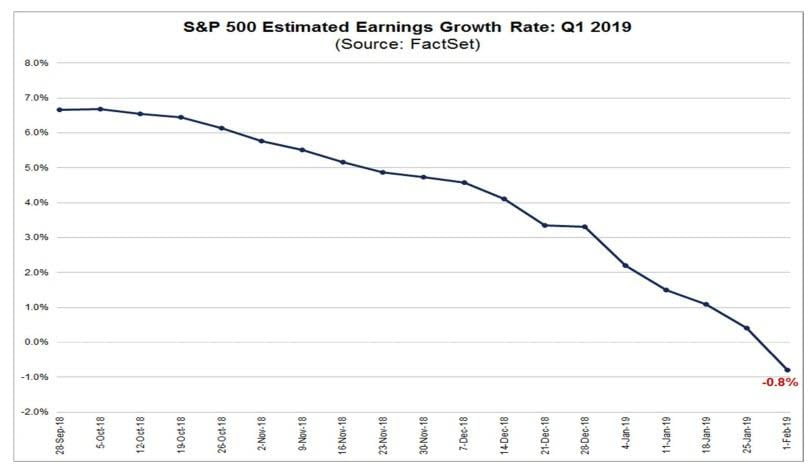 In the context of profitability and corporate leadership, U.S. corporations remain a beacon of light to the rest of the globe, the way I see it. However, a look at the big picture shows that our collective economy is officially shrinking.

The historic indicators that have reliably forecasted slowdowns are all flashing red. For example, the Baltic Dry Index fell to its lowest level in almost three years this week and is now down 44% year-over-year. Another measure of global trade volumes fell by 1.3%, its biggest slide since mid-2015.

From our current starting point of extremely low interest rates for all central banks, there’s absolutely nothing that policy-makers can do to stave off the next downturn. It would take a miracle to experience an orderly decline and a moderate recession.

When the shit hits the fan this time around, the general population will want blood. They’ll seek indictments and will not settle for less than jail time for those who take the fall. In Europe, there’s a centuries-long tradition of not granting mercy to those who have plundered and conspired against the population.

The working class has been promised that monetary policy will help them prosper.

It has been a decade since the Great Recession and the only things that have risen without fail are the stock market and the real estate markets. That is NOT a coincidence. It’s a premeditated plan that uses the levers of central banking. The top 10% of the population owns 90% of the stock market holdings in our society.

As investors, we are, above all, concerned with preserving capital and with hedging against the upcoming crisis. But we also want to prosper, as recession-proof industries become more strategic for investors. That’s exactly what I’m focused on at present and we’ll be publishing critical reports on this subject throughout February.