As of its last filing, it had over $1.51T in assets under management – that is significant, and the man who founded the company, Bill Gross, has a lot to do with it.

I first learned about him through his speeches and through conferences he had been a keynote speaker at, and his humble demeanor inspired me to make changes of my own.

Bill started his investment career by chance, while on a hospital bed where he was recovering from a medical issue, and because of the many leisure hours this had provided him with, he learned the game of poker through books.

He then headed to Las Vegas, where his style of play awarded him plentifully, but he had bigger aspirations. At 73, he is now worth $2.4B, and his philanthropy has been very generous.

What Bill learned is what many of the greats have perfected, which is a strategy I coined as “Chameleon Investing.” 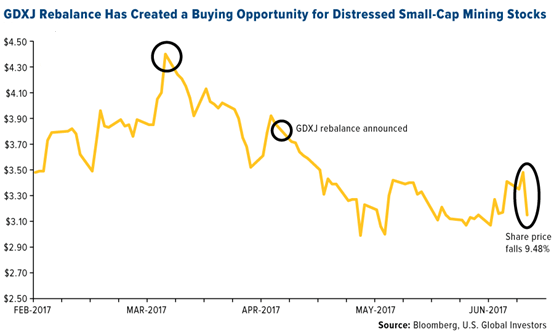 This is one of a few examples of how short selling, forced liquidation, and naïve panic from amateurs brings down the price of shares of components of the GDXJ. This is why having a Watch List is essential.

Bill Gross and ultimate commodities investor Jim Rogers have realized — Bill from playing Poker and Jim from launching his Quantum Fund right when Nixon set gold loose — that in the markets, you have to ambush your prey by sitting quietly and waiting, just like the chameleon does.

Bill understood that he only had to bet big, and I mean really big, when the cards he was dealt were unbelievably favorable, and he needed to fold the rest of the time, cutting his losses early and waiting for the big kill.

Rogers has done the same. I am not aware of a single major call he has made that has been wrong, and his greatest “Chameleon” quote comes from the must-read book “The Market Wizards,” where he says: “I just wait until there is money lying in the corner and all I have to do is go over there and pick it up. I do nothing in the meantime. You should sit there until you find something.”

This is “Chameleon” investing: sitting, waiting, patiently allowing the other participants of the stock market to bring you the fattest prey, and only then going for that kill.

That moment has just arrived for junior resource investors.

Wealth Research Group is now in the midst of a 10-day marathon where we’re going through the entire GDXJ components sell-off and speaking to the management teams of companies whose shares were liquidated, with the purpose of finding just one company. 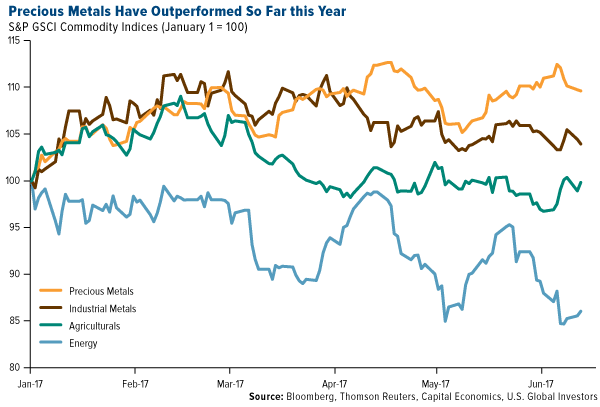 Precious metals are outperforming other commodities, which is the 1st sign of a renewed bull market.

I am not totally convinced or excited yet, though, which is why now is the best time to prepare by studying what works for junior mining stocks.

The debt burdens are putting a major cap on growth. We are in a neutral world that is only capable of slow growth when interest rates are severely low and artificially kept that way. 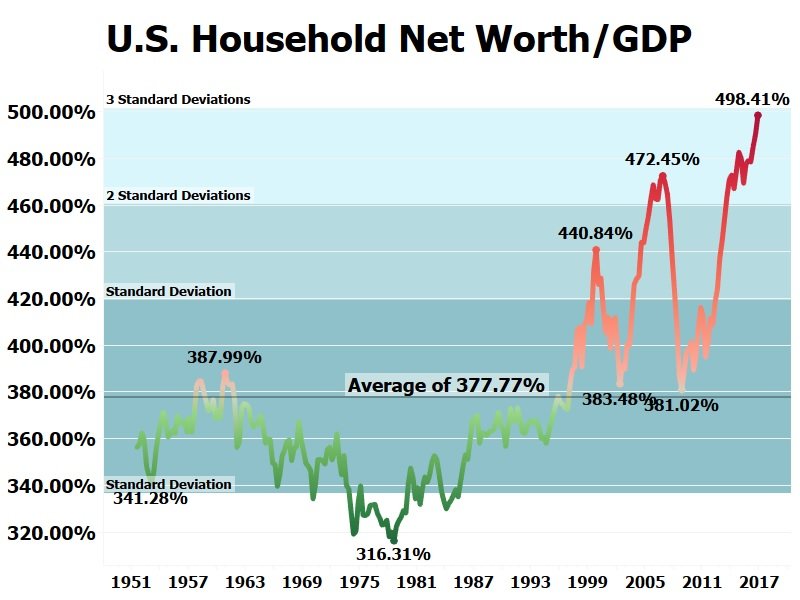 This is what the FED wanted to achieve – the “Wealth Effect.”

The net worth of households in America is at a record high of $94.835 trillion, but as you can clearly see, the GDP is not even close to justifying the worth of the people who are responsible for it.

In other words, we are floating on a giant mattress of debt, and the springs can honestly break at any moment.

So long as they don’t, what we experience is stagflation, which is a low inflation rate overall but a massive rise in prices with specific items, like education and healthcare. 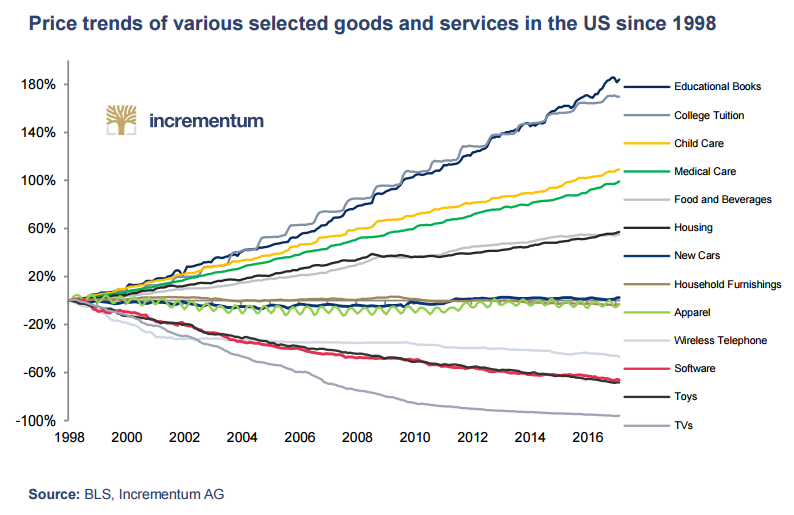 So long as stagflation persists, the gold price will continue to trend higher, but only moderately.

For the junior equities to explode, gold must be above $1,300, and that will not happen without higher inflation rates.

Now, judging from this, my strategy has been to totally avoid the ETFs that track gold and silver juniors, especially the leveraged ones, and focus on the quality companies while using technical weaknesses to short the gold index as a group (DUST).

This has allowed me to scoop up and build a powerful portfolio while taking advantage of the sideways action since August and for the time being, I’ve been enjoying fat (but small) profits from cryptocurrencies.

Now, there’s only one piece of the puzzle left: I want to position with the company that has the biggest upside potential in times of rising gold prices, and I will find it this week.

The massacre has made companies trade for generationally low multiples, and when inflation picks up again, if your chessboard is ready for the final move, the game is yours. 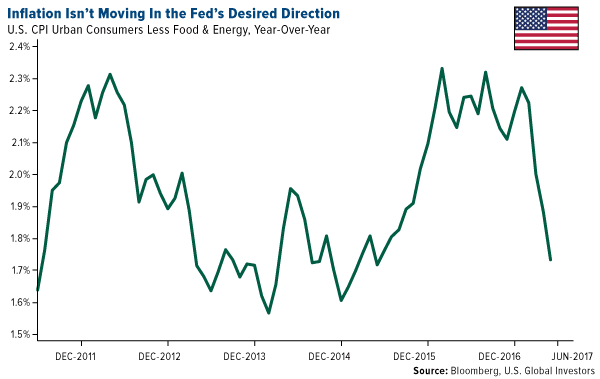 Inflation isn’t meeting the FED target of 2% yet, which means they will have to get resourceful, and I think the market will realize the lunacy this time.

You will not be alone in increasing your exposure to gold equities, such as this quality company trading for insanely low valuations – astute investors are pioneering their way back in right now. 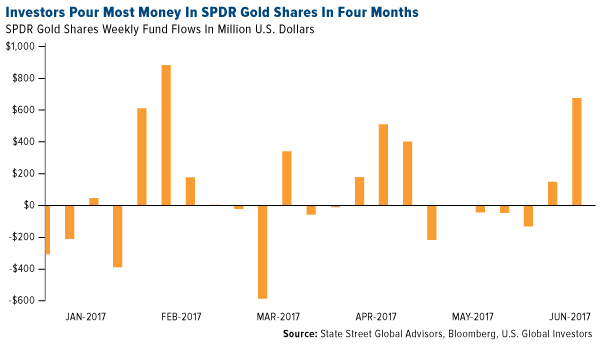 The mining sector is ready to turn, and not being prepared will cost you.