In the Middle Ages, at a time when the Church ruled Europe, some medieval religious holidays included a restriction on meat.

Fishermen would venture out to different fishing areas and come back with lobsters, which were excluded from the restriction. Fish and other seafood became alternatives of eating protein and meat during such holidays, but it was only the elite who could afford to have the catch cooled and transported in time to the festive table.

Thus, lobster became a delicacy for the rich, a food item to be enjoyed only if you were an aristocrat.

At the same time, the first American migrants from Europe saw how the natives treated lobster as the worst type of meat.

The lobster would wash ashore by the thousands, rot and give out a foul smell. It was so poorly regarded that lobsters were used as fish bait and fertilizer.

Even more ironic than that, the Americans just didn’t know how to cook it, so when they killed it, the lobster would release an enzyme that would make its meat inedible. Only in the 19th century, with the advent of canning and the discovery that lobsters ought to be boiled alive, did lobster become a gourmet cuisine once again.

It turned from a meal served only to poor people, to the centerpiece item at royal feasts and fine restaurants, where it remains to this day.

The takeaway of the story is that lobster, only when cooked in a specific manner, is tasty. There’s only one way to elevate it to the status of fine dining, and infinite ways to ruin its delicious potential.

Our global economy, our human society, our very existence, could be summed up in like fashion. The potential is incredible; in fact, I would argue human potential, if wisely unlocked, is, for all intents and purposes, without bounds, but humans have managed to try almost every way under the sun to sabotage ourselves and the one planet we live on.

In 2023, we will pay for our past sins, because just like the horror stories of the interrogation methods of Guantanamo Bay, Europe is about to go through a winter without many feasts and lobster dinners, as it attempts to override the severed relationship with its source of energy, Russia.

While Germany and the rest of Europe try to hold the line in the cold winter on the continent, in sunny California and other tech hubs, tens of thousands, if not hundreds of thousands of employees, are about to learn that life is like a box of chocolates and receive a notice that either their salaries are about to be drastically cut or they will have to find another job.

And, with no major positive development in housing, Q1 2023 promises to be the most brutal financial quarter in many years, excluding the pandemic lockdowns. 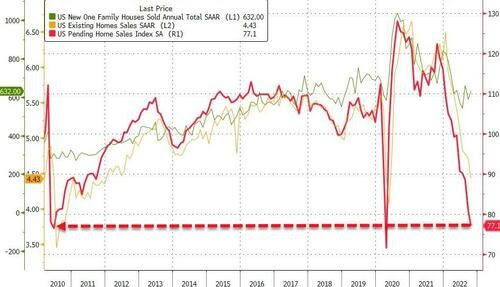 2022 was the year that the recession hit Wall Street. 2023 is the year the global recession swings the bat at Main Street, and just like the abuse in Guantanamo Bay was exposed, all of the secrets of Silicon Valley, after years of cover-ups and bizarre culture, the rubber is finally meeting the road.

Get ready for electrical blackouts in Europe, strict requirements on energy usage, mass layoffs at the executive levels and distress sells in real estate.

The recession is reaching its climax in the coming 4 months and gold just broke above its 200-DMA!