We wrote last week that gold stocks PEAKED on the 5th of August. Right after that, we saw a flood of INBOUND INQUIRIES, so let me clarify that our message is not that they hit a top and are now moving towards a bear market, but that they’re PULLING BACK, churning and gathering momentum for their next move!

The case for gold stocks is REALLY LEGITIMATE today, even for mainstream investors, shown best by Berkshire Hathaway’s ENTRANCE INTO the sector.

What are they seeing? 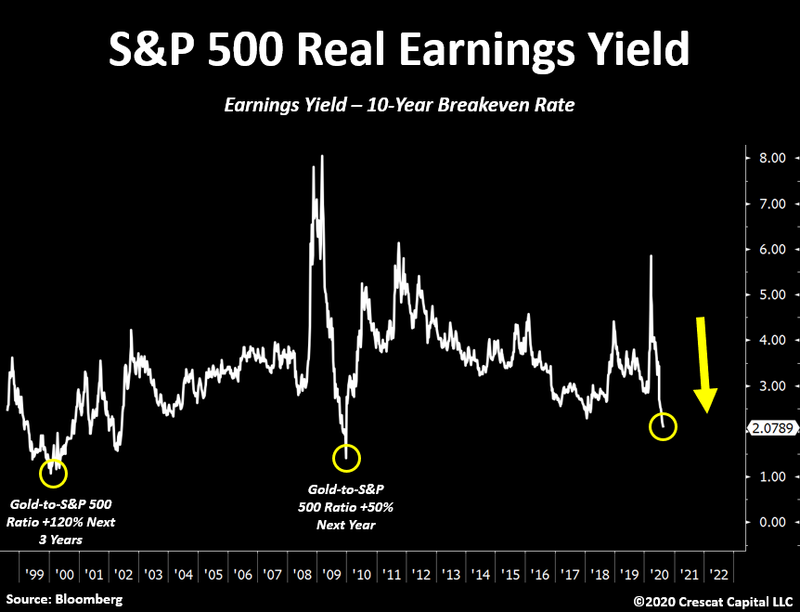 The S&P 500 companies are STILL GROWING, even in these uncertain economic times, but the RISK/REWARD isn’t appealing, as you can see above.

I want to recap the important factors to consider going forward, as the plethora of equities clearly doesn’t OFFER TOO MANY BARGAINS, as we speak.

That has never happened before. In fact, it was only in 2012 that it reached 100% of GDP, so prices of equities have SKYROCKETED. This is testament that multinational companies, which are global, boost the GDP of other countries, at the expense of The United States’ and that’s part of the reason for the deficits.

Fear is largely over-hyped; the pandemic is A FRACTION of what it was presumed to be, medically speaking, so the PARALYZED CASH POSITION might not be your best course of action.

As you know, our stock profile opportunities have delivered INDEX-BEATING returns and I’d love to see the streak continue. 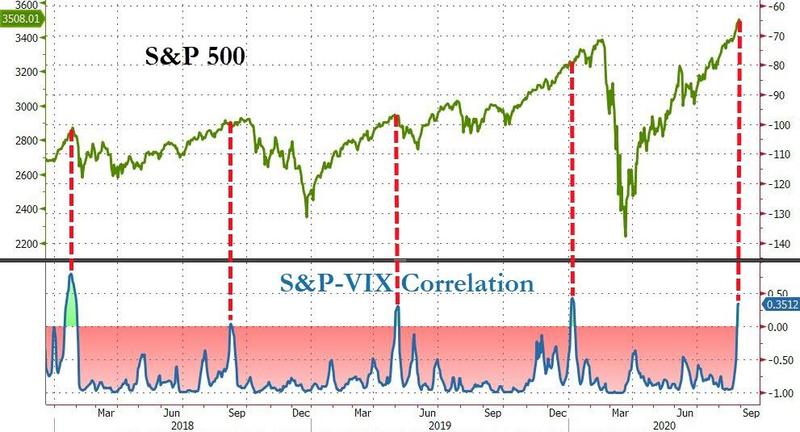 When the VIX is GOING UP, at the same time as the index is hitting ALL-TIME highs, the result has been a CORRECTION every single time, so as I warned this past Sunday, don’t expect a RAGING BULL this month.

September is already the most volatile month of the year, historically, with an AVERAGE NEGATIVE return.

On the other hand, gold is going to enjoy SO MANY tailwind catalysts, as we approach the elections; the uncertain political outcome, coupled with the NEW INFLATION TARGETING process that the Federal Reserve has announced, will play a major role in making gold surpass $2,000/ounce again.

Gold stocks, which peaked one month ago, will SOAR BACK and you can already see the uptrend developing: 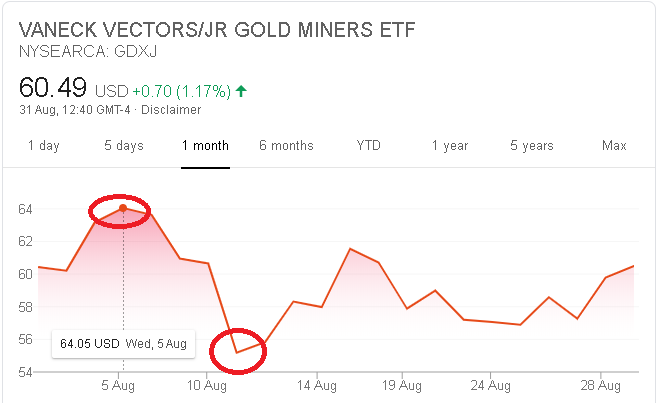 The top is noticeable, as well as the bottom. We’ll need to see a BREAKOUT ABOVE $64.05 and it’s off to the races.

I’m looking at some stats that leave NO ROOM for doubt; the bull market is very strong and the MANAGEMENT TEAMS are acting very responsibly.

The bull is BACK and we’ve uncovered a BRAND-NEW company, which has some features that lead us to believe that it could be added to the HALL OF FAME of gold stocks, if it pulls off its goals in the next twelve months.

The numbers we looked at were so DELICIOUS that we stopped all other tasks to make sure we gather all available data for you on it.

Expect a MAJOR UPDATE from us in the COMING DAYS!