I’m 33 now, and I’ve been investing in stocks since I was 16 years old. In that time, I presume that about 12 out of every 20 people I’ve spoken to about investments have quit the equities world. 3 of them still invest using small amounts due to fear and always underperform the index. 4 of the 20 invest with all their might and generate good, consistent returns.

1 out of 20 have the DNA of a winner – every year, their portfolio grows bigger, outperforming the known indexes, like the S&P 500. 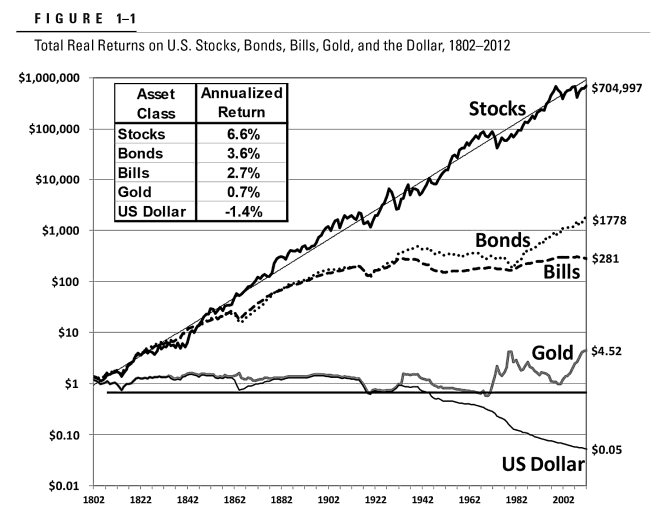 As you can vividly see from this incredible and historical chart, over the long-term, publicly-traded businesses run by gifted management teams have turned every $1 into $704,997 in two centuries, for an annualized gain of 6.6%.

The bottom line is that you don’t have to fear the stock market itself, for it works in spite of these things. What you need to be cautious of is how you react to the stock market, because the “market” is basically buyers and sellers – all are humans or algorithms designed by humans just like you and I.

The stock market is how the financially ignorant transfer their wealth to the financially educated – this is a sentence I have hung in my office, for it reminds me that my No. 1 objective is to constantly improve and share my insights with you.

Those 14 out of every 20 individuals will never get to enjoy that 6.6% return, and it will cost those quitters hundreds of thousands (if not millions) of dollars in the span of a lifetime, not to mention the damage of teaching their children and loved ones that the stock market is nothing but a “casino.”

People only quit the stock market because of one reason: a catastrophic loss.

The pain of losing hard-earned cash is too disturbing. It’s sometimes a blow to one’s ego, and at other times, it’s an emotional drain to confide the loss with a family member. No matter what it is, a catastrophic loss makes most stop investing altogether.

When I was 13, I was hired for the first time. The job was coaching basketball to 6-year-olds, and I was the assistant coach.

The head coach was the talk of the town so I asked him one day how he has this attractive demeanor about him, and he replied that for 3 years, he was the assistant coach of the national basketball champions and learned from their head coach what a winner’s DNA is.

He told me that if I wanted to be successful, the fastest way is to closely study the most obvious success story in the field I want to excel at and personalize the lessons I learned to my own character.

Three years later, at the age of 16, before making my first ever investment, I asked my banker who the richest investor in the world was. That banker was the first person to mention to me the name of Warren Buffett.

Books and documentaries about Warren are very interesting. His interviews also shed light on his character, but if you want to give anyone the most precious education at no cost, send them this link.

These are the annual letters Buffett writes to shareholders, which I doubt more than 1% take the time to read, but for hedge fund managers worldwide, it offers a glimpse into the mind of the man with the best long-term track record in investment history and is mandatory reading.

I’ve read each of them, and here’s how Warren Buffett, a man who earns billions of dollars every year, has avoided losing 50% of his money throughout his career: HE HASN’T BEEN ABLE TO.

Yes, the world’s richest investor has suffered catastrophic losses in his life, yet he reigns supreme.

Berkshire Hathaway’s stock dropped nearly 50% in 2008 and had numerous 20%-40% corrections throughout its lifespan. Even so, every $1 invested with Warren has turned into $119,574.

His four main principles that allowed him to succeed above and beyond any man and weather through the madness of equity markets are: 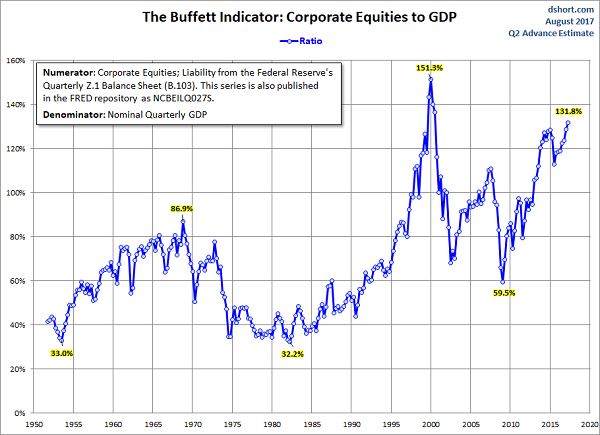 It’s very simple: when this ratio is above 90, do not buy S&P 500, NASDAQ, or Dow Jones Industrial stocks unless they are somehow a complete bargain.

By doing this, you eliminate much of the risk that new positions will fall by 50% because you don’t buy expensive businesses.
But what about existing positions?

2. Steadfast Conviction: Before I explain this one, I want to make it clear that I have several mentors and role models – I believe in multiple because nobody is perfect and each person has unique gifts. For example, Warren is such a workaholic that he lost his wife over it. My marriage is sacred to me, and I budget my time accordingly and court my wife daily. Warren has traveled the world in a minimalist way and has rarely left the U.S. – I’ve been to 34 countries and plan to visit each of them eventually.

Observing new cultures and enjoying our beautiful planet is a priority for me.

But when it comes to investments, Warren’s conviction in the research he puts into companies is admirable. He has owned certain stocks through thick and thin, even at times when the whole world was against him, and he came out on top.

When a business has a solid balance sheet, competent management, a clear vision, and a competitive advantage, your one true enemy is doubt – not the fluctuating price.

In the natural resources sector, Rick Rule is definitely the equivalent of Warren Buffett. That doesn’t mean he has never made a bad call or predicted price trends for commodities incorrectly – no one has a clean slate.

What it does mean is that he has conviction and stands by top-quality businesses for as long as it takes for them to unlock potential. In fact, he told me numerous times that he never had a 1,000% or 10,000% gain (100-fold profit) in which the company didn’t fall by 50% before making him millions.

Small-cap companies are much more cyclical, therefore you need the 3rd attribute of success…

3. Patience of a True Contrarian: 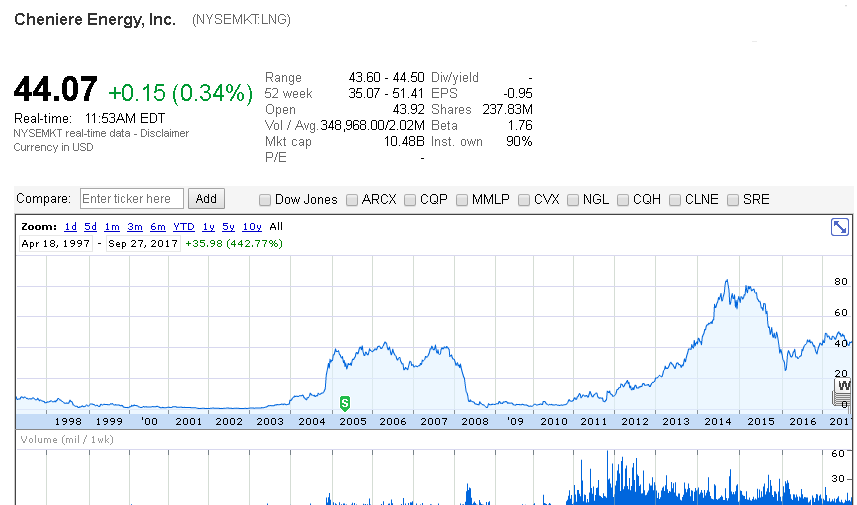 Here’s a company I’ve traded in and out of for 14 years.

It’s used as an example, and I do not suggest putting money in it at all. 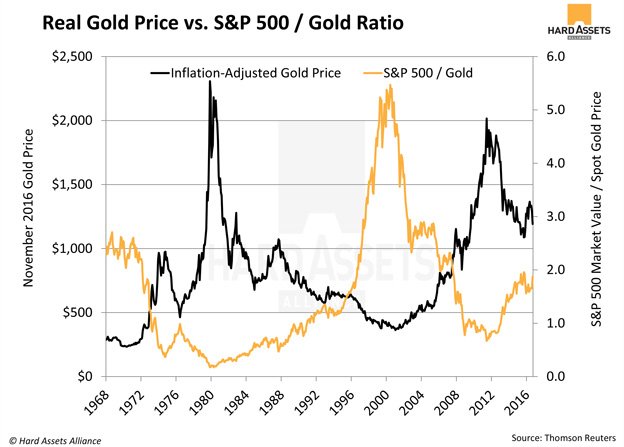 That’s why I am not cashing up in anticipation of the entire market dropping all at once, like in 2008 – that was the exception, and not the rule.

My blueprint for the coming crash surprises most.

The fact of the matter is that even hardcore gold bugs have lost patience today. They’re desperate and hate gold themselves. They do not understand how all the currency devaluation and central bank intervention has not taken gold to $5,000 yet, and it reminds me of their attitude in 1999, as they didn’t understand why people were paying ridiculous prices for stocks that had no products.

They were right, but it doesn’t matter – logic has nothing to do with it.

Most gold investors finally gave up and sold at a large loss just months before the greatest bull market for gold began.

How did it start?

Investors in the NASDAQ took profits and rolled them into commodities. Gold stocks DID NOT fall with the rest of the market – they SOARED, acting as a hedge, with 2008 being the exception. 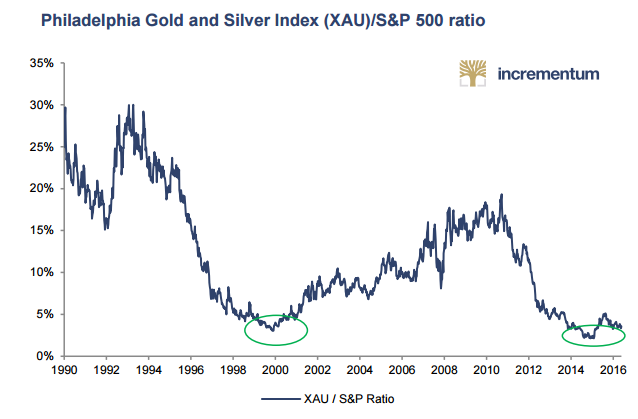 We’re curving the bottom. Either be patient or regret allowing your emotions to get the better of you.

4. Position Sizing and Stop Losses: Warren Buffett only invests in companies that are profitable. It’s easier to judge the balance sheet and stop your loss when you see the business has lost its strength to heavy competition. That’s why Buffett sold IBM – they were losing out to other tech giants. Cutting losses is paramount.

He also sold a supermarket chain in Europe that he owned for a $2B loss a number of years ago. But for a company like Berkshire Hathaway, which is worth $450B, that’s a 0.44% loss. That’s intelligent position sizing.

With small-cap stocks, especially natural resource ones, profits only occur with operating miners, but not with exploration plays, developers, or optionality plays.

With exploration, it’s all or nothing. With development-stage companies, it’s about management proceeding and engineers getting their design right for the mine.

With optionality plays, it’s about waiting for the commodity price to be high enough that large-caps will buy you out.

But until that happens, it’s about the art of patience and careful accumulation of an undervalued portfolio position. 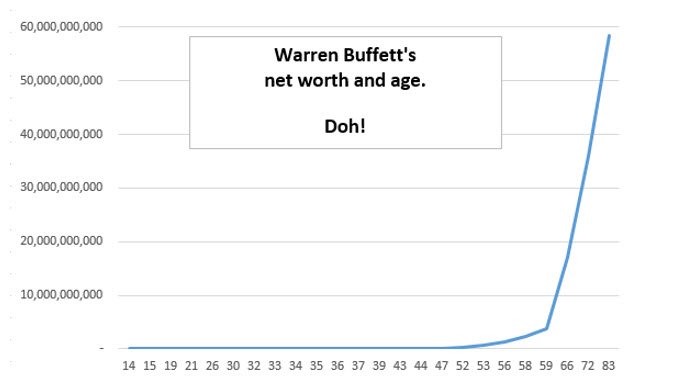 This is not the chart of Bitcoin. It is the net worth of Warren Buffett through the years.

You really can’t see this, but between the ages of 43 and 44, he lost half his wealth.

In the big picture, it meant nothing. It was a bump in the road because he kept implementing the principles that work: margin of safety, steadfast conviction, patience of a true contrarian, and position sizing/stop losses.

No other newsletter in the world will put in front of you the brutal truth on one hand and legitimate opportunities on the other. Wealth Research Group will keep over-delivering for you as long as I’m alive and kicking.

Lastly, know that we will be covering a brand new stock suggestion in the cannabis sector effective immediately, as California is about to legalize and the timing couldn’t be more ideal.

Look for mentors in life, learn from them, and make the lessons your own. Then enjoy a life of wealth, and never look back!