Physical precious metals are the backbone of Wealth Research Group’s investing strategy. We hold gold bullion because of its long-standing history as a store of value and the ideal hedge against an imminent contraction in the world’s economy. When the financial system unwinds – and I assure you that it will – you’ll be glad that you have hard assets that you can count on.

The precious metals markets are known for shaking out the weak hands, though. If your view isn’t very long-term, you might need some reassurance and a sense of direction in 2018 as gold, silver, and other metals experience some turbulence. Surely you’re wondering whether this signifies real trouble in the metals space… or just a blip on the radar. Getting the perspective of a highly experienced expert is essential in these challenging times.

We went directly to a top expert in the field when Wealth Research Group had an opportunity to interview Mark Leibovit, the Chief Market Strategist for VRTrader.com, also accessible via LeibovitVRNewsletters.com. Mr. Leibovit’s technical expertise is in overall market timing and stock selection based upon his proprietary Volume Reversal (TM) methodology and Annual Forecast Model. Mark Leibovit was ranked Timer Digest’s number-two Gold Market Timer for 2011, and has also been named the number-one Gold Market Timer for the five-year period ending in 2010 and the number-one U.S. Market Timer for 2006, among other honors.

Mr. Leibovit’s resume is just incredible. In terms of his market timing and his proprietary systems, Mark Leibovit is simply unbeatable. He has been seen and published in such media outlets as CBNC, BNN (in Canada), Bloomberg, Barron’s, and the Wall Street Journal. Mark’s career in the financial industry spans more than 35 years, and he is proud to continue providing education and insights in multiple markets.

You won’t find many market commentators with more extensive experience than Mr. Mark Leibovit. Beginning as a market maker on the Chicago Board Options Exchange and the Midwest Options Exchange, Mark made a market in many issues including Newmont Mining; he continued his career as the Director of Technical Research at Rodman and Renshaw, later leaving to publish his own stock market research letter currently available at VRTrader.com.

Mr. Leibovit’s specialty is Volume Analysis, and his proprietary Leibovit Volume Reversal Indicator (TM) is well known for forecasting accurate signals of trend direction and reversals in the equity, metals, and futures markets. He has historical experience recognizing bull and bear markets and signaling alerts prior to market crashes. Mark Leibovit’s indicator is currently available on the Metastock platform at VRPlug-in.com.

Wealth Research Group’s fascinating interview with Mr. Leibovit uncovered his outlook on gold in 2018. According to Mark Leibovit, the problem with gold is that there is documented gold suppression by governments around the world, and unfortunately we don’t have a free market in gold due to the intervention, suppression, and manipulation that is occurring. We have the lending of gold that doesn’t exist, and we have gold and silver contracts being traded on paper but not necessarily with real gold or silver backing up those contracts.

Without a doubt, it’s not the small retail traders who are in control right now. With regard to the manipulation in gold and silver, according to Mark Leibovit, big money can come into the market and hit bids and drive prices down without even having to deliver the physical metal. The long and the short of it is that we’re not in a natural supply-and-demand situation because prices are being manipulated and suppressed by the powers that be. 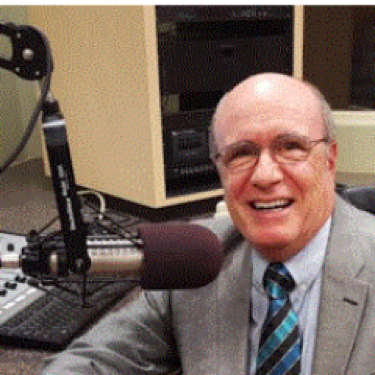 So, is this a golden opportunity in the precious metals markets? According to Mark Leibovit, on a short-term basis as a trader there’s always opportunity as markets move around. Seasonally, we’re in the time frame right now where traditionally you get a rally for a month or two.

We’re at a low price point in gold in silver now, and Mark asserts that we’re due for a technical bounce here that may be tradable. However, until gold can clear $1,375 per ounce and silver can clear the $20 or $21 level, Mark Leibovit doesn’t believe that we’ll be talking about a new bull market or a new sustained move of any kind.

Mr. Mark Leibovit is always a resource of market wisdom, and Wealth Research Group will check back with Mark frequently for updates on precious metals, the economy, and much more.

If you would like immediate access to our latest research on the gold markets, you can download Wealth Research Group’s Quintessential Gold and Silver Stock Playbook. I also want to personally invite you to view my personal portfolio for 2018, which can be accessed right here. Plus, you definitely want to get your copy of Wealth Research Group’s Ultimate Report on Safe-Haven Assets so you can protect yourself in these uncertain times.

This work is based on SEC filings, current events, interviews, corporate press releases and what we’ve learned as financial journalists. It may contain errors and you shouldn’t make any investment decision based solely on what you read here. It’s your money and your responsibility. Information contained in this profile was extracted from current documents filed with the SEC, the company web site and other publicly available sources deemed reliable. Never base any investment decision from information contained in our website or emails or any or our publications. Our report is not intended to be, nor should it be construed as an offer to buy or sell, or a solicitation of an offer to buy or sell securities, or as a recommendation to purchase anything.  The information herein is not intended to be personal legal or investment advice and may not be appropriate or applicable for all readers. If personal advice is needed, the services of a qualified legal, investment or tax professional should be sought.