I woke up at 4 AM yesterday to watch game 4 of the NBA Finals. It was Saturday morning here and Friday afternoon in Boston, Massachusetts. The Celtics are the most decorated franchise in American basketball and their opponent, the Golden State Warriors, have been the best team for the past 10 years and are the only team in NBA history to finish a regular season with a single-digit sum of losses, clinching an unbelievable 73-9 record of wins and losses.

These two teams are playing great basketball. The Celtics have kept their core players for years now and have developed around them, exactly like the Warriors have done.

In other words, these two teams have been running for close to a decade with their star players, but the Warriors have already won three titles and their coach has been with them for years, while the Celtics’ coach is in his first season.

At the All-Star break, the mid-way point of the regular season, the Celtics were seeded 11th in the east; they weren’t even in the playoffs picture!

This is insane! It’s a real Cinderella story and NBA historians will definitely show statistics of how rare this is.

The players attribute their turnaround and comeback to their coach. He was able to persuade his star players to share the ball. Trusting one’s teammates makes the modern NBA franchise far better, because it makes them unpredictable to guard.

Teams that play “Hero-Ball” with a superstar who does everything and where everything depends on his ability and skills, fall short of the glory in many occasions.

The superstars of today dribble less, hang onto the ball for far fewer seconds and score just as much as in the past.

Trust ignites confidence and that is the key to DISCIPLINE.

In basketball, discipline is the essential component for winning, because it binds the players to stick with their game plan and not deviate from it in the middle of the game, or when things are tough.

Discipline allows teams to snap out of a slump and make a comeback, because if you can’t break their spirit, they are hard to beat.

Jayson Tatum, Al Horford, Jaylen Brown and Marcus Smart – the four leading players of the Celtics – were the same players in the first half of the season as they were in the second half, yet their team records were VASTLY DIFFERENT… why?

Trust builds confidence and that creates discipline and glues the commitment of the organization to win a championship.

If one senses there is slack and no real determination to improve, he asks to be traded. No ambitious player wants any part of the losing mentality.

Check out the two charts/graphs below, showing that if investors could ask for a trade, they would… they’d love to see someone else in the White House! 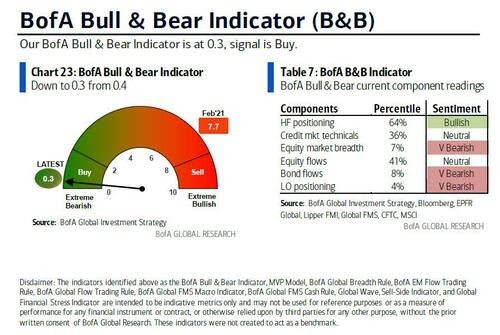 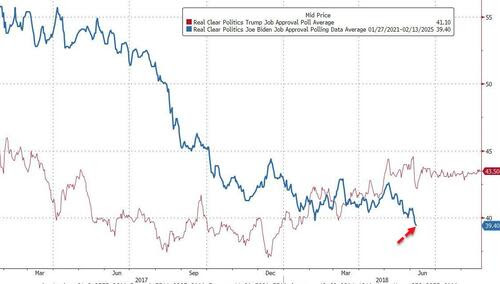 When investors don’t trust the markets, they can’t ask for a trade to another team, like in the NBA, but they can HEDGE!

That’s where gold comes in.

We believe that more investors will hedge into gold, because real estate is scary to investors, stocks are terrifying and Bitcoin seems to be correlating with the NASDAQ, which leaves gold standing supreme.

I already own physical gold, so even though I see it heading higher, I’m NOT ADDING one ounce to my stack, because gold is not a deal right now.

Instead, if gold is really going to hit new all-time highs, then every dollar I can reasonably allocate to mining stocks should go towards them, because that’s where the MEGA-PROFITS will come from.

No trust in the government, no faith in the markets and no confidence in the FED… this is a recipe for gold record highs!