Mathematics is science. Like all other sciences, you can either conform to the way it works and its laws or you will suffer. There is no halfway middle ground when it comes to this.

That’s why at Wealth Research Group, we stick to facts and avoid hype at all costs. When we launched this business, our main mission was to help members of our free “365 Wealth Letter” strengthen their Financial Fortress daily.

The reason we launched the business is because what’s missing for most investors is a fundamental understanding of the global monetary system.

Since the 15th of August, 1971, we have been living under a fiat monetary system, which means national bank notes aren’t backed by any tangible assets. Between 1944 and 1971, every $35 in existence was backed by an ounce of gold, but since U.S. politicians printed currency in the 1960s to fund wars and other needs without adequately increasing the gold reserves, other governments were becoming suspicious of the immense number of dollars being created, while gold mining wasn’t able to keep up. In the chart, one can clearly notice gold reserves falling while the dollar supply was rising, leading up to 1971. 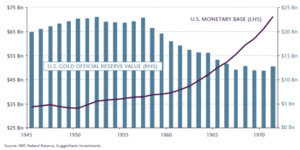 This forced the U.S. government to either come clean about their practices or delay the inevitable. Like any other politician, Richard Nixon preferred letting the next in office deal with the tough issues, and closed the “Gold Window.”

Ever since, the world has been printing tremendous amounts of currency to fund unsustainable budgets that can’t be paid back with tax receipts. 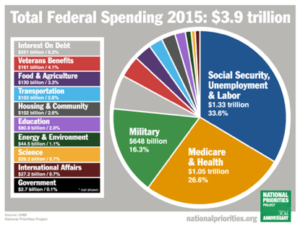 That system truly ended in 2008, but instead of admitting it and allowing competent entrepreneurs take over and create a better global monetary system, they did something unthinkable – they bailed out all the worst-managed institutions using tax dollars.

Now, this is direct manipulation of the banking system, and we wrote exactly how to deal with manipulators.

It is a mathematical certainty that gold and silver prices are headed higher. That is because they must, in a matter of practice, cover the newly created currency supply. This creates a tremendous opportunity. 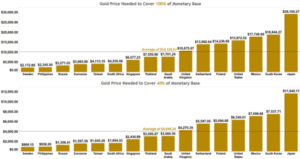 What’s even more exciting is that after 5 brutal years, the TSX Venture exchange, where many of the best mining shares are listed, is off to the races this year, and it is beginning a historic bull market. 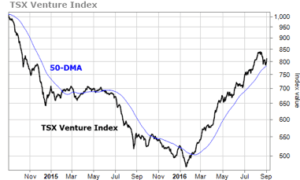 The best way to take advantage of this boom early on is to educate yourself:
1. Here’s what I am doing personally – my 2016 Game Plan: 4-Seasons Portfolio.
2. Get familiar with Steroid Stocks – companies that dig for big profits.
3. Understand how to exploit potential mergers in the mining area as small companies get taken over by major producers, which sends their shares flying higher. By learning to identify which companies are candidates, you can get an unfair advantage, because institutional investors pile in. These are Targeted Buyouts – the next wave of gold riches.

4. Before anything else, if you are new to investing, and even if you want to make sure your ideas are sound, be sure to master the 5 principles of investing success.

It’s a mathematical certainty that gold and silver are headed higher, but it’s up to you to be ready for it.