Has History Not Taught Them Anything?

​It was 18 years ago, but I remember it like it was yesterday. My mother came home and said that my father had been feeling pain in the chin and back and that the doctor suggested we all stop sleeping with the A/C and fan running all night.

My mom, always a question mark, wasn’t convinced the A/C was the problem… the doctor’s diagnosis of muscle spasms due to low temperatures seemed odd to her. “Why would his chin hurt, of all things?” she asked me, and I nodded as if I knew anything about it, being as that I was only a teen at the time.

She pleaded with my father, who was satisfied with the doctor’s analysis and instruction, to get a second opinion. My father, of an opposite character from my mom, is always trusting of the first person who tells him what he wants to hear.

Therefore, my father refused to go to another doctor for days but finally went to get tested, and the shocking results came in… he had had a minor heart attack and needed to undergo cardiac catheterization to clear out the blocked vessels.

My mother’s suspicions and doubts saved his life. The doctor who didn’t dive into the matter would have never known that his close-mindedness and lack of attention to detail had cost a man his life.

The doctor must have had tunnel vision or a thought paradigm that said people as big and strong as my father probably wouldn’t suffer from heart attacks while driving, which is what my dad explained had happened to him when the burst of pains erupted.

Having tunnel vision isn’t new; we see it all the time with wrongful convictions on police shows on TV, and we know it happens with investors as well.

In the stock market, assuming only one cause could explain a sell-off is the result of “Recency Bias.”

For 13 years, between 2009 and 2022, investors learned to buy the dip in growth stocks. Their paradigm was that inflation is impossible because the FED and other central banks had been pumping insane amounts into the system with nothing inflationary occurring as a result, so that meant nothing ever would… CLASSIC TUNNEL VISION.

They also grew to think that Big Tech is invincible and bought mainly growth stocks, foregoing all the other sectors and dubbing them as “boring.”

One major change from the past 40 years is the lack of willingness from retail investors to get spooked out of losing positions. With a much greater ability to absorb short-term, “on paper” equity depreciation, they refuse to sell Wall Street shares of the best companies of the future on the cheap. 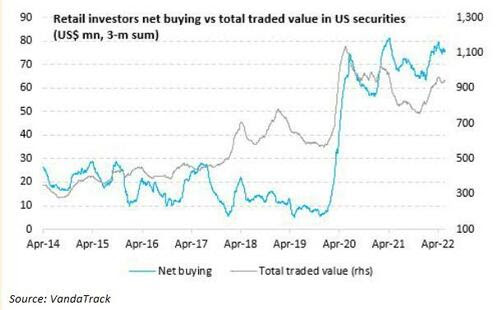 In other words, while everyone awaits a 2nd major tsunami in the markets to shake retail investors out altogether, just like with baby boomers, the forums, chats and media outlets that connect millennials nowadays, serves as a mastermind group and they understand that throwing in the towel is the last thing that makes sense, so we’re not seeing capitulation yet…

What we should all take away from last week is that Wall Street now believes, prices in and has formed a consensus around the idea that inflation has moderated, thanks to the FED policies or just free-market dynamics. 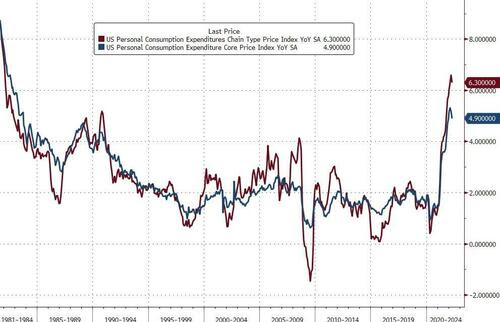 If inflation isn’t Wall Street’s biggest concern, recession and hard landing is, so before anyone rushes to declare that the coast is clear… it won’t be, until we jump over that major hurdle for avoiding a recession.