Three months ago, on July 8th, I celebrated my 34th birthday. It was a beautiful, sunny day in Jackson, Wyoming, the starting point for travelers, who come to see the Grand Tetons National Park (French for big tits), and Yellowstone National Park, named for the yellow colored mountain in the midst of it.

Some of the wealthiest families in America are residents of this tiny town, including the Walton’s (Walmart heirs), Dick Cheney, and many others. They own massive farms, right outside the picturesque Main Street area.

The next day, my wife, my baby daughter, and I were on route to the famous geyser spectacle, Old Faithful, named for its predictability.

Unlike its many other geysers, which have no routine schedule and assuredness, this one is like a fine Hublot, Swiss watch.

Six minutes before its forecasted eruption, we arrived with our guide to the parking lot. We rushed to a great observatory spot and pulled out our cameras.

For five minutes, we listened to the people next to us, as the geyser gave its early warning signals, indicating steam was boiling within it, spewing tiny amounts, in preparation of the big one.

The family next to us was mocking the geyser, saying it wasn’t worth the wait, that “this is overrated,” and “it probably won’t give us the big one today.”

A minute later, the geyser shot-up a huge body of water, with a temperature of 204 degrees, Fahrenheit (95 Celsius).

All their cynicism had vanished, as the sight was mesmerizing to all observers. Old Faithful is the most famous of Yellowstone’s attractions. Its accuracy attracts visitors, bringing their binoculars to get a close-up view of the natural phenomenon.

While there, I was reminded of economic bubbles as well. We all want to participate in the epic profits these rallies bring, but no one wants to get burned in the aftermath.

As our private guide later showed us, there are clear signs, warning tourists not to step on the muddy ground, as the hot steam below could swallow you whole. He told us, Chinese people, who do not read English, have died on numerous occasions, leaving the safe wooden boardwalks, built for us, as they chased a hat that was blown off by the wind or a camera that tipped-over.

They died instantly or were severely burned for life.

The economy is in quite a similar position right now, boiling hot.

It is spewing early warning signs: 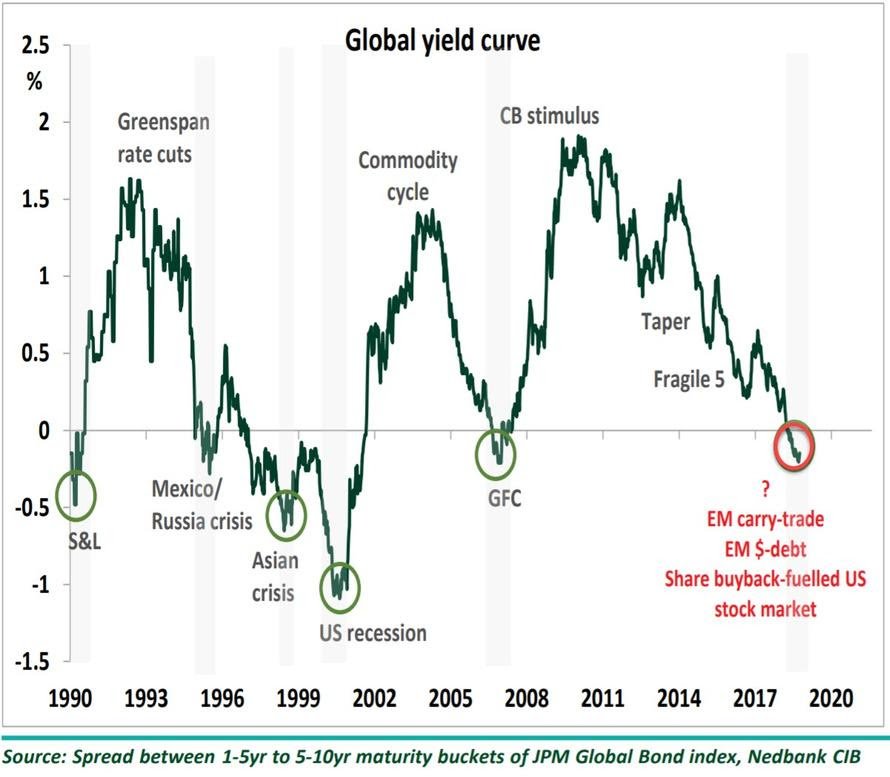 Now, in the U.S., there is yield curve inversion forming, but, globally, there already is one.

As you can see, since the late 1980s, this early warning sign had coincided with five major collapses, and now it is on its way to unraveling a sixth one.

Having a big, fat and liquid cash position was the right choice in each of the previous times.

Next, look at this: 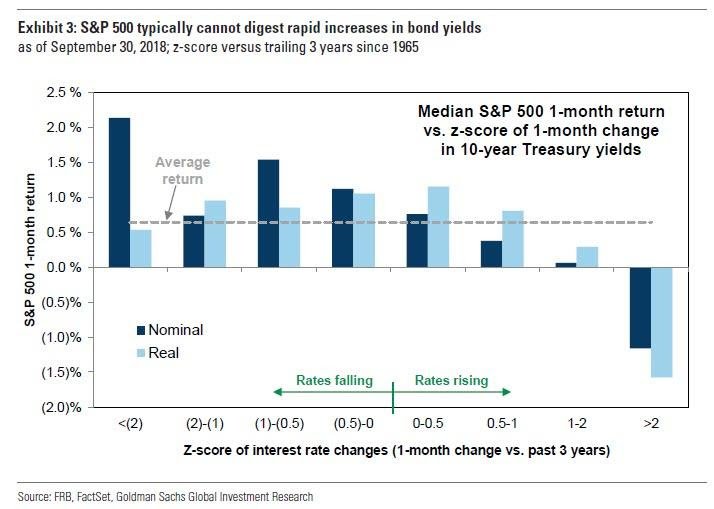 When investors have the option to decide between fixed-income Treasury bonds, which pay sufficient rates, and stocks, which have gone up for a decade, they will begin to migrate over to the bonds side of the equation.

Of course, we have seen bonds yields at these levels several times during the past 10 years, only to see them collapse back down, so it’s not time to jump ship yet on stocks.

Lastly, I want to show you one of the most controversial enigmas of our competitive market system, the jobs market. 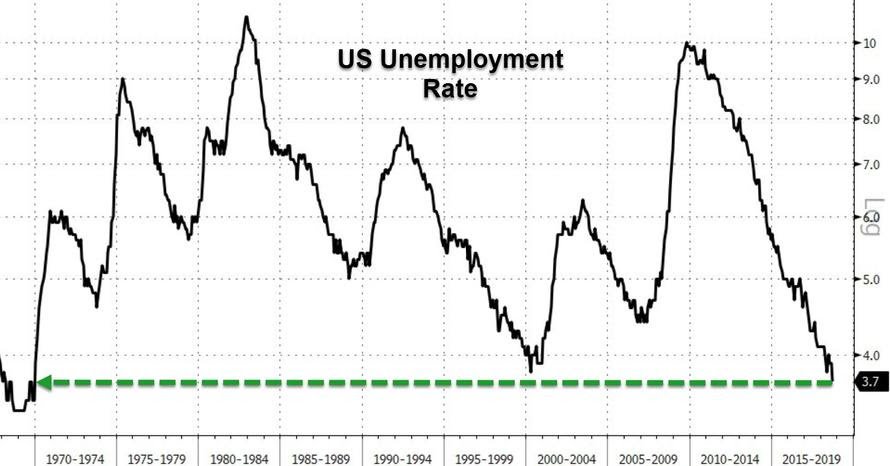 President Trump’s policies have, certainly, unleashed hope and potential with small-business owners, who are increasing wages for their workers, who have employers fighting over them, at the moment.

Americans have more disposable income, which they’ll buy stocks with, as they see the markets at all-time highs, chasing the hottest trend.

The inflation bell is ringing, then. Similar to geysers, you don’t want to get too close to the beautiful sight, but be near enough to enjoy its benefits, without getting a nasty burn. With investments, you’ll want to have upside potential, without going all-in.

Currently, I’m incredibly selective. In fact, my watch list consists of only 8 securities, which are bargains, out of thousands of publicly-traded companies.

In the next three weeks, Wealth Research Group will present these stocks, as we see them as the last cheap opportunities in the world today.