The S&P 500 is tied for its 2nd best performance since 1990. Only 1991’s January/February trading action has been better. 1997 is another year that looks similar to today’s chart. If we look back in time far enough, it’s the 7th most bullish start to the year since 1928.

Stocks open a calendar year strongly, as they have in 2019, for two reasons, and two reasons alone: 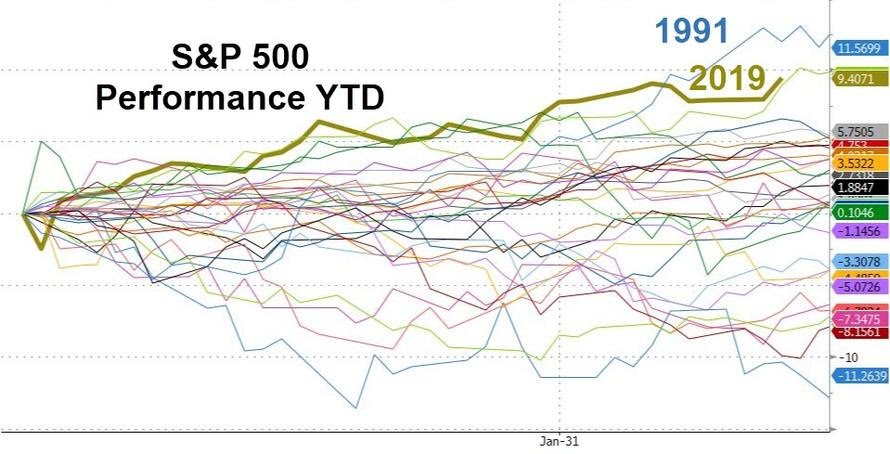 In December, while the steep correction was causing widespread fear around the world, we published one letter after the other – all analyzing the late stages of previous bull markets. We wanted to show that the December correction is NOT typical to how bull markets reach their top prices.

For bull markets to show signs of exhaustion, the atmosphere needs to resemble that of Bitcoin’s sentiment in December 2017: due to overwhelming demand, brokerages like Coinbase couldn’t open accounts without a 1-2 week delay, just to give you an idea of what euphoria entails.

Today, stock prices are rising, but investors are actually PULLING OUT funds from equities. In fact, cash levels are elevated, when compared to historical levels. Two key things are causing the markets to rally like a 4th of July parade:

Here’s what I mean: 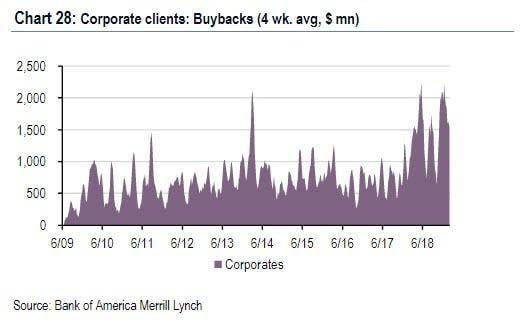 Since valuations matter, I don’t like corporate buybacks set to autopilot. If CEOs buy their own stock for inflated prices, that’s plain stupid. It shows that they are lacking in imagination and should either increase the dividend – allowing us, the owners, to make our own investment decisions – or hold the cash for the lean years. Regardless, the end result is a rally in the stock market, when CEOs purchase a large quantity of outstanding shares.

For now, CEOs aren’t being punished for over-paying. As the slowdown/recession rolls in, they’ll think long and hard about their previous decisions, and we’ll see which of them over-extended himself.

Let’s face it, they shrunk the balance sheet by 10%, although their initial plan was to decrease it by 80%. That’s similar to a city with a population of 1 million, which wants to achieve the mission of the cleanest city in the U.S., yet their city hall only approves an additional 20 waste management workers to accomplish the mission. The FEDs balance sheet is still COLOSSAL.

The balance sheet decrease is total nonsense, especially when all other central banks are STIMULATING.

As Jim Rogers told me in our recent interview, tightening or not, the Treasury Department just reached the $22 trillion mark in federal debt. No economy has ever owed this much money, and unless the government makes a U-turn and alters its trajectory soon, the ramifications will be dire. In fact, even the Congressional Budget Office is starting the countdown to the day that the Dollar becomes just another popular currency, rather than the reserve standard for all nations. 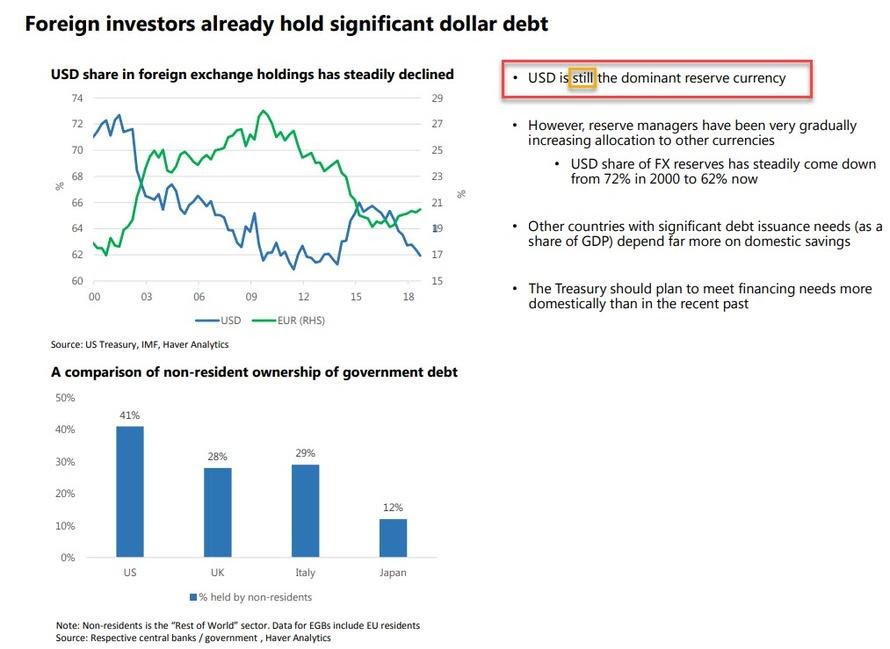 The determining factor on how much time the USD has as top dog is China. Whenever they’re ready to exert enough political and financial influence on the rest of the nations, the dollar is toast. We’re not there yet, but the Chinese are certainly preparing for zero hour.

It makes no sense for Asia to put trillions into dollar reserves, when they can be buying gold and increasing the soundness of their local Yuan. By doing this, they make important strides in dethroning the almighty buck.

In the coming decade, Washington needs to raise $12 trillion in order to keep America’s social and healthcare programs intact. The U.S. will have to choose between meeting their unfunded entitlements requirements – sinking into debts unknown – or to come to grips with its present predicament. 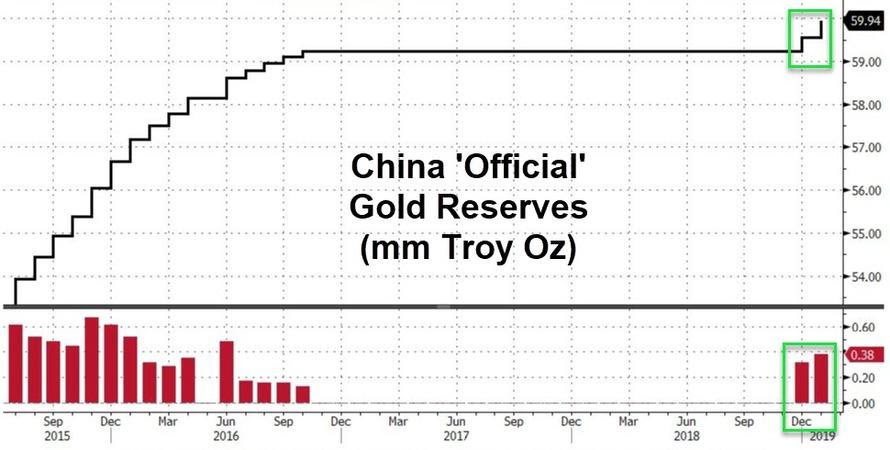 In order to turn around an oil tanker, the 1st step is to alert the crew. It’s time to make some hard decisions. The country’s future will be determined by the Millennials’ increasing purchasing power and political views.

That’s where investment money and marketing dollars are heading.

We’re on the cusp of a major shift, and I’m positioning ahead of it. If the oil tanker turns around, we’ll be ready, but we’re also prepared in case the tanker sinks.

Our cautioned outlook is our key to both survival and prosperity.