When I was 19 years old, on a Friday night, my friends and I went to a nightclub. We got there around 11 PM and went in. As was common in those days, we picked a spot on the dancefloor that had room for us all and started dancing and checking out the girls around us.

My girlfriend at the time was with a friend of hers, who had just broken up with her boyfriend, so she went over to her house to console and comfort her.

It’s just us boys, and one of my guys sees a gorgeous girl dancing with her own group. He makes sure that I get a look at her myself by drawing my attention to her, and she really was beautiful.

She even starts to glance back at him, but he is fearful of rejection. In his mind, he is considering all the reasons why she wouldn’t want him, how she could embarrass him and all the plausible scenarios, should he approach her.

Ultimately, our group keeps dancing around her group for over an hour and he continues to hype himself up and “get ready” to say hello to her, but the more he waits for that perfect moment, the more he feels like there could be an even better one down the road.

A few minutes go by and she heads to the bar with two of her girls, so he decides to go to the bar as well and offer to buy her a drink. For reinforcement, I join him, but he freezes there as well and nothing happens.

About 30 minutes later, after he has gone through all the various mind games one can play on himself, he literally starts walking her way and just passes by her and turns around.

Three quarters of an hour go by and she heads to the toilets with a couple of other girls from her group. The stalls are actually outside, where it is not noisy and clear of any obstructions. Point blank, it is the ideal place to start a conversation and my friend knows it, so he goes to the bathroom himself, but waits two minutes to “not look desperate.”

When he comes out, she is guarding the other stalls, so that her two friends have privacy. Imagine this; it cannot and will not get any better than this…

She is standing outside bored and alone, just killing time.

It’s now or never for him, but he is paralyzed and does nothing. Not even 20 seconds later, a guy I knew that wouldn’t hold a candle to my friend, who was much more versatile and dynamic, not to mention polite and romantic, strolls up to her, cracks a joke and strikes up a conversation; she grabs his hand and heads back to the floor. 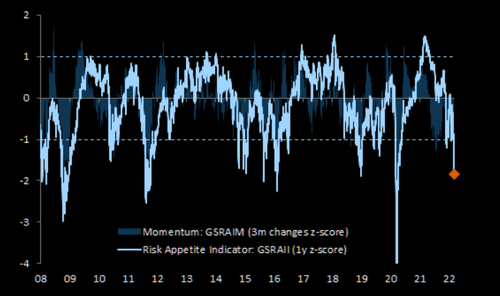 I tell you this story because this friend is also a metaphor for the mindset of the investor in a bear market, when opportunities (beautiful and attractive girl) are suddenly within reach and within grasp, but there’s a mental barrier that makes one second-guess himself.

When you feel that lump in the throat, that’s when you need to attack in a massive way.

The biggest gains come when the VIX is over 35 and that’s where it is today.

If a stock is cheap, buy it. If it gets cheaper, buy more. When it’s beginning to uptrend and is still cheap, buy more.