I remember in my twenties, when I was strictly focused on my career, listening to a friend, likewise concentrated on his professional progress, explain how insignificant and irrelevant the institution of parenthood seemed to him. He didn’t see any upside to it… to his naked eye and with his superficial point of view, children were a task, a liability, a time-consuming choir that saps energy and offers nothing in return.

He wasn’t interested in having children of his own and told me that I could take that to the bank; that was in 2013.

When I saw him next, some years later, in 2019, he was holding a baby in one arm and had another 3-yr-old in a stroller; he was a dad of at least two {that I could see}.

“David,” I called to him, “I can’t believe my eyes.” He looked at me and introduced me to his children, stating that they were his pride and joy.

“David, when I saw you last, if you recall, you were chasing your dreams and excluded raising a family as one of them. What happened?”

He told me how he fell in love and how being a father is the most rewarding facet of his world. I was stunned by the transformation and dug deeper. I asked what made him evolve to this newly-found passion and he replied that something sparked in him, when he understood what having children really meant.

People change… sometimes they change so much the old version of them is practically no more. Inspiration can cause it, and pain is a great catalyst or pressure for it, like having your back to the wall.

Look at the markets, where the U.S. dollar, the currency everyone knows is backing the most inflationary economy in 40 years, is hitting a 2-decade high {the USD is inverted in this chart}: 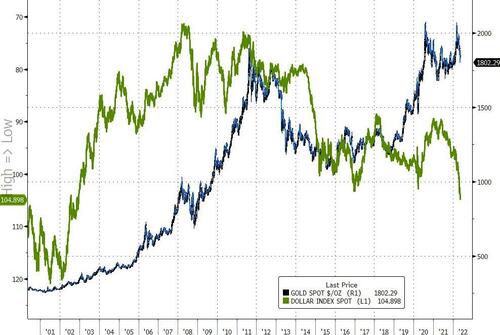 For over a decade, real estate was considered to be a risky asset, one that is still coming out of its most notorious and ferocious plummet in modern times, the Great Financial Crisis of 2008.

Homes were cheap, yet nobody wanted to touch real estate.

The industry was at a standstill.

This abundance of information, these vivid collective past experiences and this data overload, are flooding Americans with fears of a recession: 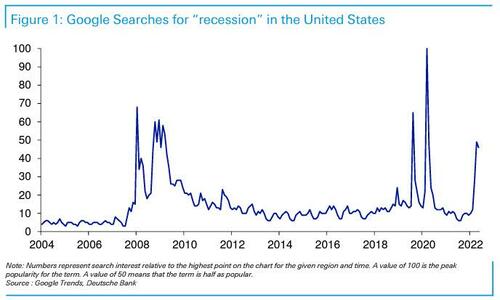 Because of how chaotic and erratic the past two years have been, the markets can’t make up their minds over which companies are great long-term opportunities and which are enjoying transitory backwind. The result is that stocks go from all-time highs to all-time lows!

The chart below shows you how much the world has changed, where tech and growth, which had been of primary importance to shareholders for the past 13 years, are not the main priority anymore.

Shareholders are adamant about seeing the bottom line, on understanding the way to profitability and on refusing to pay for growth… the present is all that matters, not the future. 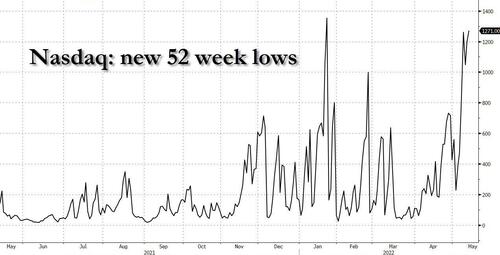 That style of investing is very similar to the one we saw after the Great Depression and that’s not the ONLY ANALOGY between the early 1930s and today.

We are living in a whole new world, but I’m not sure if I see the light at the end of the tunnel—OR, if that light is not an oncoming train…