​Over the weekend, I spent a considerable chunk of time speaking with a good friend of mine who is a luxury real estate agent, to get his perspective on what the healthcare crisis has done to the housing market.

Before I share with you my key perspectives from this pivotal series of conversations, I want to give the backdrop to the whole situation.

Nothing shows the immense difference between the world as it was just two years ago, and the one we live in today, like this chart below: 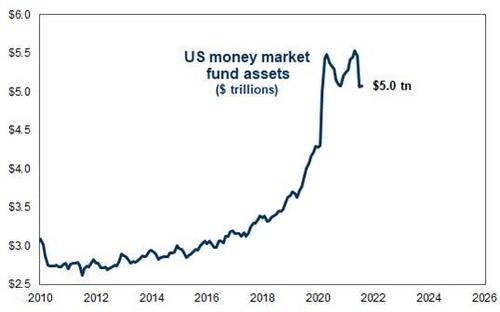 Many people talk about the monetary reset, the debt jubilee, which eventually has to occur in order to clean the horrendous balance sheets of governments worldwide, but they don’t fully comprehend how this system could continue to function for many more years (from the perspective of debt burdens) before it ever reaches that breaking point.

What’s interesting is that after spending years with the mindset that government debt will probably be the catalyst for the reset, I no longer can operate under that premise, since my research is proving that the reset will occur before government debt becomes unserviceable.

If deficits and the national debt were the determining factors in ushering in the reset, we might not see one for the next twenty years and live most of our adult lives fearful of the inevitable, but not the imminent.

The fact of the matter is that negative interest rates do not actually exacerbate the problem, since they allow politicians to continue their spending, uninterrupted.

In fact, the burden of debt is plummeting, not rising!

Today, the demand for sovereign bonds, which yield practically nothing, is unending. Lenders continue to willingly earn negative returns.

Left to its own devices, the national debt would continue growing, while household wealth explodes; this is, at the end of the day, why this system isn’t protested or blocked from rolling down the hill and creating an avalanche.

Americans, both rich and poor, don’t generally ask the government to restrict its spending whatsoever; the wealthy depend upon the government’s and the central bank’s ability to suppress interest rates, which make borrowing cheap and elevates the price of equities and real estate, the two major determining factors in calculating the net worth of the elites.

The poor are living and surviving, partly thanks to the wide social safety net, which includes federal aid, directly, indirectly and institutionally via Social Security, Medicare, Medicaid, unemployment benefits, and a myriad of other programs.

Of course the rich and the poor are divided; both are fighting over which strategy the government will implement that might benefit them.

The root of the problem is that governments and central banks monitor and manage the supply of available currency, because the way they’re expanding it is stupid.

The proof is in the above chart, which clearly shows that money market accounts hold a record amount of cash, even after the worst financial crisis since 2008!

This is the main reason why the markets are sizzling, while the consumer (which comprises 70% of GDP) is expressing dire sentiment. 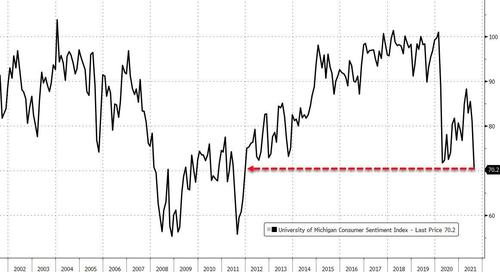 What I mean is that so much currency has been injected that the price of stocks is determined, not by real-world fundamentals, but by TINA!

TINA is an abbreviation of There Is No Alternative, and in its last few years, at its current structure, I believe the dollar standard will continue to benefit those who own real estate and stocks.

The next one won’t be due to national debts either, but the eventual reset sure will be!

My point is that preparing for it should not be your primary objective, since it may occur in 2045 and you’ll miss out on a whole life of adventures.

Instead, build an ark big enough to last for two years, and then deploy the rest into what’s actually working and building wealth, not just preserving it.

It’s important to have an ark standing by, ready to sail, but you don’t have to occupy it before the rain starts; live in the mansion right next to it, until evacuation begins.

We are not securities dealers or brokers, investment advisers or financial advisers, and you should not rely on the information herein as investment advice. We are a marketing company and are paid advertisers. If you are seeking personal investment advice, please contact a qualified and registered broker, investment adviser or financial adviser. You should not make any investment decisions based on our communications. Examples that we provide of share price increases pertaining to a particular Issuer from one referenced date to another represent an arbitrarily chosen time period and are no indication whatsoever of future stock prices for that Issuer and are of no predictive value. Our stock profiles are intended to highlight certain companies for your further investigation; they are not stock recommendations or constitute an offer or sale of the referenced securities. The securities issued by the companies we profile should be considered high risk; if you do invest despite these warnings, you may lose your entire investment. Please do your own research before investing, including reading the companies’ SEDAR and SEC filings, press releases, and risk disclosures. It is our policy that information contained in this profile was provided by the company, extracted from SEDAR and SEC filings, company websites, and other publicly available sources. We believe the sources and information are accurate and reliable but we cannot guarantee it.