The Next Recession Means Game Over For Fiat Currencies

The Next Recession Means Game Over For Fiat Currencies

The Next Recession Means Game Over for Fiat Currencies

System Reset Will Be a Historical Moment

Here’s something that no central banker will ever come right out and say: the fiat monetary system can only function when the economy is expanding.

This is a highly-flawed mechanism, as economies, by nature, grow and contract. 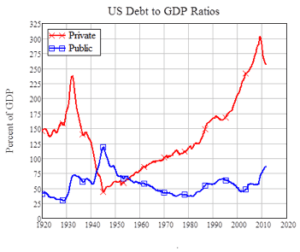 In fact, much like any other aspect of life that moves in rhythms, it is essential for economies to slow down if they ever hope to speed up once more. Recessions are necessary for the rebuilding of better and more sustainable businesses. It is a chance to learn from mistakes, become wiser, and develop again.

Here’s the thing, though: in the good old days, when what you lost in a recession was your own capital (and not someone else’s), the damage to the overall economy was limited. In fact, one man’s loss was another man’s gain – true capitalism. Banks didn’t lose depositors’ funds, but their own capital, governments didn’t lose future tax-payers money via bailouts and deficit spending, but only some of the existing treasury, and individuals lost their own capital or loans made against collateral. This is true risk and reward.

Back in the gold standard days, or any other form of hard asset that was used as money, credit issuance wasn’t simply subject to the whims of bankers, thus over-leveraging wasn’t a viable possibility – politicians and bankers were restrained by the power of real money.

Since 1971, the only restraints on new debts (currency creation) have been the fractional reserve laws, enforced by bankers on themselves – true corruption. 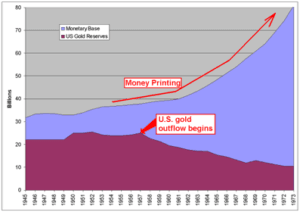 The most destructive flaw of this credit system — that from 1971 has no real restraints (only man-made ones) and are constantly changed to profit the bankers themselves — is that the system can only function when more credit is issued than is paid back – perpetual inflation.] 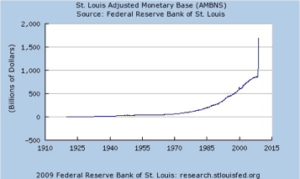 What brought massive inflation to this system from 1971 all the way to the year 2000 was the fact that the Baby Boomers were in a state of growth. Since the ‘50s, but more noticeably from the ‘70s, this generation, because of its size, has been dominating the global trends. When the Boomers were going through college, universities made a fortune and student loans were on the rise.

In the ‘80s, they borrowed bank funds again. This time it was for cars and move-up homes. In the ‘90s, they were hitting peak income years, so they put their larger pools of savings into the stock market, and we all how that ended in March of 2000. 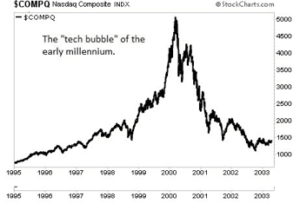 The huge shift that occurred in 2000 is that the Boomers have begun retiring, which means that their borrowing needs are almost non-existent. This has forced the banking system to become “creative.”

When new loans aren’t issued, this system of credit fails, because fewer people need borrowed funds, and thus there are less and less dollars in the economy. This is debt deflation.

Without getting too technical, what you should know is that all central banks’ policies are about reversing the deflationary cycle we are experiencing.

As we have now concluded, had central banks not intervened in the credit markets, and allowed us, the individuals that borrow funds, to follow what we believe to be the right choice (a free-market economy), we would experiencing deflation, and this system would be exposed as a failure. Instead, because individuals are choosing not to borrow, governments now borrow, corporations borrow, and central banks are also simply expanding their balance sheets by buying equities on their own.

This all means that deflation, nature as it is supposed to be, may not fully mature if policies such as negative interest rates, open-market purchase of stocks, QE programs, and the dreaded “helicopter money” scenario prevail.

This means we must be prepared for all possibilities.

The portfolio suggested here tackles both deflation and inflation: 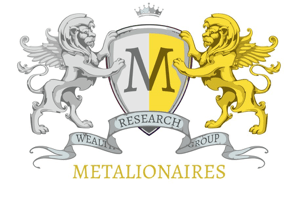 These two groups of companies will be the clear winners of this deflation/inflation struggle, no matter which direction it plays out in the end.

Steroid Stocks: Mining shares that are run by the best people in the industry and are in the ideal stage of the curve for prolific profits.

Only 1 out of every 257 companies we researched has met all requirements. In fact, free members of our 365 Wealth Letter will receive a new suggestion soon, as we have uncovered 3 Steroid Stocks that could be core positions for every resource investor.

Targeted Buyouts: These select few companies are those that we have determined are likely candidates to be bought out for a huge premium by the major producers who are looking for solid projects. When these deals are in the works, the buyout target, which is a small-cap stock, sees its share price absolutely explode.

Astute investors know that the key to long-term success is the right blend of safe investments with Smart Speculations, while remaining very flexible to change.

This is exactly what Wealth Research Group intends to be for our readers.