No One Has Ever Become Wealthy on Their Own

No One Has Ever Become Wealthy on Their Own

If you completed the action steps of part 1, then this article will be the natural second step for you.

Once you formulate your main goal in life and become obsessed with achieving it, you devise a plan of action – a realistic one. But how do you go about executing it? 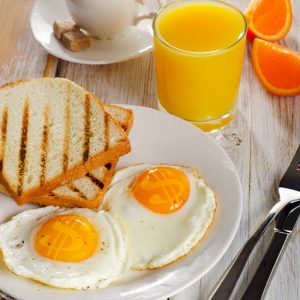 A very wealthy man I know owns a large restaurant chain. He had no cooking experience at all when he got started, but had the idea of creating an “all-day” breakfast menu that runs 24/7. This idea turned out to be a smashing hit. He first formulated his goal: becoming the #1 place to enjoy a wide range of breakfast dishes from around the world. Then he wrote down his plan. It included choosing his prime location, pricing the menu, designing the interior, focusing on profitable dishes that cost less to prepare but had a sense of luxury about them, and the list went on and on. How did he cope with the fact that this was his first leap into the restaurant business and bridge his lack of knowledge with regards to cooking? He formulated a “Wealth Team.”

Wealth, to me, can be defined as “intelligent use of surroundings.” A person can be living in a tribe in Africa, but if he knows how to incorporate his present environment with his plan, then he is wealthy. Wealth is absolutely a state of mind, and it has nothing to do with the amount of money one has in the bank. Many people inherit money and can’t help losing it or getting in trouble with family because of it. Many lottery winners lose enormous sums – they were temporarily rich, but certainly not wealthy. In order to become rich and wealthy, you must build a core bond with key people – no one ever enjoyed long-lasting riches without this core bond.

These core bonds with key individuals are your “Wealth Team” – the stronger it is, the surer the path to success. Many suffer from a delusion that successful people are “loners” that don’t share their plans, have no confidants, like to do everything themselves, and trust themselves above all else. That’s not the case at all.  My friend started the search for his main chef, and after interviewing many, he chose the one who fit best – he had talent, experience, and was a relaxed and easy-going chef (many he interviewed were hard to work with).  This was the first member of the team. He also wanted a marketing guru on board – someone who has instincts on how to create an atmosphere needed to attract customers. That was a great idea on his part. My friend explained his vision for the chain and the marketing team member went about manifesting the vision.

If you want to succeed in the long run, it is important to realize that achieving goals requires the healthy communication of ideas among trusted people. Many ideas my friend came up with were rejected immediately. He told me they would have cost him millions in losses. By humbling yourself and being willing to be coachable, you allow a wealth of ideas to flow into your environment, and thus only the sound ones prevail.

A “Wealth Team” not only helps in processing ideas to find the best ones, it is the mechanism by which you are reinforced with the courage to charge forward with efficiency. When the team is acting in full agreement with each other, results are attained faster and with more excitement, each person contributing to the plan with his expertise. My friend made a connection between his core designer and marketing person, and along with the top chef, they came up with the brand look, the dishes, the pricing, possible locations, and the sitting arrangements. Then he brought his “Magic Man” to the team. This person was in charge of finding the financing with the best banks, handling the suppliers, and, in the bottom line, making sure my friend, his boss, never overpays for anything. This “Magic Man” is a gifted negotiator and executor, a relentless person with a charming personality.

Together, the team was able to open doors to the first branch in 4 months, and the place had a great buzz about it. The restaurant was an instant hit, and he had his key people working in full harmony to advance the goal of becoming the #1 place for breakfast.

If you want to begin executing at full throttle the plan that is burning in your mind, take action immediately:

Above all else, make sure the connection between you and your team members is in full harmony. In order to do that, you will have to develop a “Magic Personality,” the subject of the third article in this series.