Major pieces of our world order have been put to the test and stretched to the limit in the past two years. On March 4th 2020, I treated my dad to a basketball game, preceded by a dinner. During the meal at the restaurant, we hear that the arena will not accept fans, due to the new threat of a spreading virus, causing a disease called Covid-19.

By dessert time, we hear that 5,000 fans will be welcomed, so we rushed to ask for the check and hopped on a taxi.

We got to see the last game to be played, in front of a fully-unvaccinated spectator crowd in the history of the country.

A week later, on March 11th, literally two years ago, the government followed the pressure and the panicky videos, displayed from Italy and China and locked the entire country, by mandating a self-isolated state of home quarantine.

The stock market went into a full-blown collapse and mathematicians predicted that between 5% and 10% of global population would die.

In subsequent months, we saw waves of the virus return, as governments, municipalities, corporations, households and individuals learned to deal with this surreal existence.

In November 2020, Biden became president and the vaccine was approved within days of each other and the global economy began the process of adapting to this new global effort to implement a vaccination process.

What was overlooked by most, but not by Wealth Research Group, because we insisted on analyzing this phenomenon is the de-globalization that this universal crisis brought about.

Instead of a unified, concentrated and international task force, countries implemented various tactics and strategies on dealing with Covid-19 and it proved that globalization is frail and fragile, under such circumstances.

Vladimir Putin’s grandiose vision of “liberating the brainwashed” Ukrainian people and welcoming them back to their “rightful birthplace” of Mother Russia is just the culmination of this de-globalization at its worst.

Americans, who are self-critical of their country’s interventionist policies would point the finger at their own Deep State overlords and claim that the U.S. is actually the instigator of this conflict, by provoking Russia, while others would see it differently and theorize that Putin’s move was his gamble that after exiting Afghanistan with their tail between their legs, Americans would disapprove of engagement in the Russian-Ukrainian crisis.

Wealth Research Group does not dabble in pointless theorizing what’s on Putin’s agenda, what Biden and his cabinet are saying behind closed doors or what President Xi and the European Union’s grand angles are in this geopolitical chess match, but I know the world has completely changed, due to this event.

Oil is trading at its highest level since 2008, the NASDAQ 100 is in a bear market and the S&P 500 is likely to follow suit. Nickel prices have done something that looks impossible and gold is trading above $2,000/ounce for more than 24 hours now! 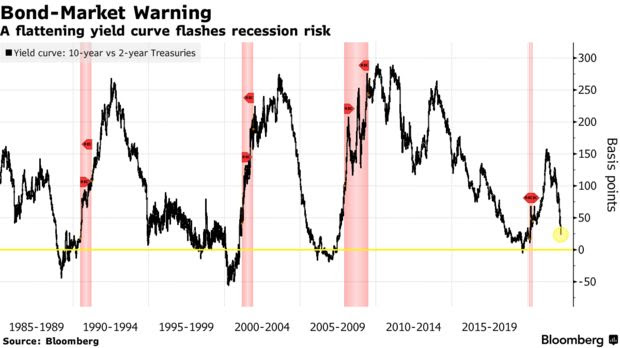 A bear market is upon us in stocks and a bull market is underway in commodities.