You can call these next two weeks: “A Make-or-Break Period for President Trump”.

Like many before him, President Trump is provoking a foreign affair crisis in order to take our minds off of the problematic U.S. domestic economic and political tensions and focus on matters the government can blame on others instead of themselves.

As you know, Trump’s administration and political capital are at stake in September as he pushes to pass a bill regarding the wall, the infrastructure plan, the budget, and the debt ceiling.

These topics will play a major role in determining the fate of natural resources, commodities, safe havens and cryptocurrencies.

The pressure is on as we approach a year in the President’s term in office.

Trump denied that his remarks – where he warned that North Korean threats would be responded with “fire and fury” – had gone too far. Instead, he commented that he may not have gone far enough – that’s clear propaganda.

Trump is a master negotiator, so we know this is part of an elaborate strategy, but Ray Dalio, the world’s largest hedge fund manager, along with Dennis Gartman, one of the best commodity analysts ever, and even PIMCO, the bond investment conglomerate and Jeff Gundlach, the bond god, have all increased gold allocation themselves and advised clients to do the same.

Gold has closed the week at $1,289 with silver being the top-performing precious metal, up 5.18%.

You’re going to love this: gold exploration budgets are finally on the rise.

Wealth Research Group updated you just a few days ago saying that for gold stocks to finally kick into 6th gear, we need discoveries and takeovers – we’re starting to see both.

Our call was dead-on. 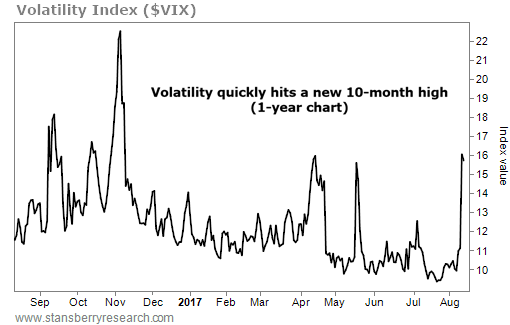 September is historically the worst-performing month of the year for the U.S. stock market, so we could be in the midst of a correction already.

Their infrastructure plans are huge and have driven aluminum prices to over $2,000 per ton for the 1st time in 3 years.

In fact, most metals are in an uptrend. 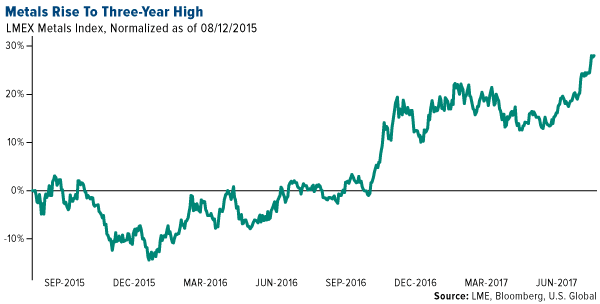 This is significant, and it means that the missing piece of this puzzle is rising oil prices.

When we experience this, either by the escalation of the North Korean showdown or by supply cuts, inflation will be doing a 180 from its slumber and will hit Main Street.

The Swiss central bank is a disgrace.

In the second quarter alone, it bought Apple, Microsoft, Amazon, Facebook, and Alphabet, among others – almost $90,000 in securities per Swiss citizen. 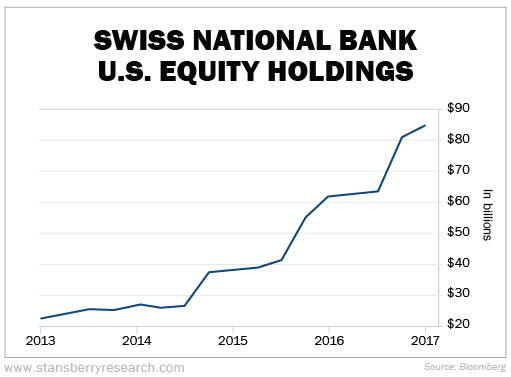 At the end of the day someone will begin paying the price for all of this, and I’d love to see how this all plays out.

The Bitcoin position keeps ballooning like few things ever can, and I’m about to shock you with a new crypto suggestion that will be like no other.

Make sure you and your family are prepared for anything, own safe havens, and live life to the fullest.