Wall Street Is Still Not Convinced

Russell Westbrook is an NBA legend. He is still an active player with the Los Angeles Lakers, but I want to focus first on his incredible stats, back when he was point guard of the Oklahoma City Thunder and their most important franchise player.

Westbrook is one of the greatest ever, in terms of basketball skills (this all ties into the stock market):

Russell Westbrook leads the all-time list of these types of games, where he recorded over 10 in three different stat categories, most commonly points, assists and rebounds.

He recorded his 194th triple-double on Friday, when he scored a buzzer-beating 3-point shot, to tie the game and send it to overtime.

Russell Westbrook has logged some insane stats in his career, but he is having a HORRIBLE PERIOD in the NBA, as we speak. His new nickname is Russell “West-Brick,” which is a play on throwing bricks, or shooting horrendously with lousy percentages.

He won the most important individual award in the league, that of the regular season’s Most Valuable Player in 2017, a year in which he also won scoring champion!

There simply aren’t many players who have played the game of basketball as well as Russell Westbrook, but he is going through something bad.

This shows you that a player who hasn’t suffered any major injury or blow to his physique, and is every bit as energetic as ever can get booed and ridiculed by fans, who only care about the present and not the glory of the past. 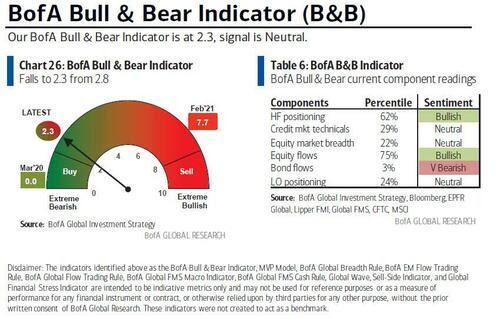 Investors who focus on the past are often wrong, and worst of all, their bearishness or bullishness infects others with their extreme views.

They look at today’s market crash and compare it to 2000 or 2008 or to whichever period they dream up is most similar to today’s, instead of focusing on the only thing that counts: the present.

How much is Russell Westbrook worth?

Should a team that considers a trade on Russ value him for his MVP season in 2017, when he was unstoppable, un-guardable and a monster on the court, feared by his opponents, or the little chihuahua who can’t go through a game without embarrassing himself with missed layups, crazy turnovers and lazy defensive moves?

In life, we judge things by the present, not the past.

I look at reality and see a global economy that can only function in an extremely low-interest rate environment, therefore, I think that companies whose revenues grow at 15%-30% every year and trade for HALF of what they did just 120 days ago, are worth looking at.

Could they get cheaper? They could. Could Russell Westbrook play any worse? He might. All is speculation, save for the present facts and the future projections, based on known guidance.

None of us have to guess what an ounce of gold is, but right now, with many concerned that Powell is dismissing recession likelihood too early and with another earnings season in less than 60 days, this massive rally we saw this week is the outlier, not the norm, and gold will continue to flourish in 2022 and hit more new All-Time Highs soon.