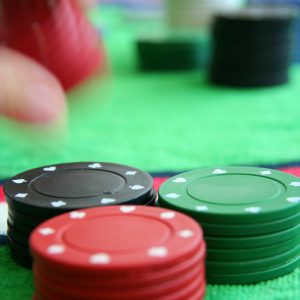 There is no reason to call a retiree anything other than a gambler… a high-roller.

Social Security is like a wounded superhero you see in movies, and that’s exactly the problem. It always looks like it can pull off an unbelievable comeback somehow, though it is down and battered, but this won’t be happening in this non-Hollywood picture. The story of Social Security and other governmental entitlements has its roots in socialistic Europe. It was during the formation of the industrial age that the masses began to vote for politicians. Prior to that, voting rights were reserved only for the nobility. Then, men in general could vote, and finally, by the late 1800s, women began to equalize their rights.

“How can we win public support?” was the burning question of the time. The answer led to the creation of modern-day, government-sponsored social programs.

In any society, there are innumerable individuals, and they come from various backgrounds, thus the economic and social reality of each newborn is very different from that of others living in the same state, city, neighborhood, and even the same street. Therefore, once the people at large decided to organize and live together as a democracy, they understood that in order to live together efficiently, crime, poverty, and lack of education are imperative to eradicate. These issues became so fundamental that politicians began to argue that society should make the effort to make sure these concerns remain under control. Not one person would risk having criminals roaming the streets freely, and since poverty and lack of proper education were believed to be the main sources of crime, it was an easy pitch to sell to the public that a school system, unemployment benefits, and other funded entitlements should be put in place. Before these social laws came to be, the industrial era was capitalism at its core – bosses took full advantage of workers, and without workers’ rights, the industrial magnates made great profits by maximizing output and paying as little as possible to a workforce that was starving for work.

The people asked the government for solutions, and since the best way to please the public is to find a quick solution, that is exactly what they got.

Social Security came to be in the same way. It was during the ‘30s — when the American public suffered through the Great Depression — that FDR started the program.

All entitlements to an aging population are based on the same concept: the working people in society fund an account that finances the retirement of the previous generation of payers. This works well as long as the income exceeds the withdrawals. That ratio is based on the amount paid by each person and the amount entitled to each beneficiary. For a while, the progress worked fine.
The trouble began when the beneficiaries’ life expectancy grew by many years. Back when retirement entitlements began in Europe, life expectancy was the low 60s, and the legal age to receive benefits was in the upper 60s. Today’s life expectancy is much higher, and therefore the program is not sustainable.

It’s a huge gamble to place your faith on government checks. Babies born in 2016 have a life expectancy of 100+ years, so you get my point.

Here’s what to do:

Read our Classic Issue “Activity Disease” as your first step, no matter what. This will make sure you don’t commit big mistakes going forward.