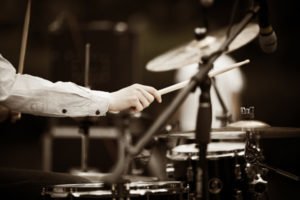 Pete Best was the son of a nightclub owner in Liverpool in the late ’50s. A band of three came in to perform one day, like many young groups at the time. They asked Pete to join them as the drummer, and they traveled to Hamburg for an important recording session, after a previous one wasn’t so good. Pete was the key, as the new drummer. Pete was popular with the ladies, but wasn’t really strengthening his bond with his new band members. Times were rough, as they were sleeping on bunk beds, getting paid less what would be considered minimum wage, but they were performing. That was enough for them at the time. After a recording session with EMI in London, the producer thought Pete wasn’t a good studio drummer, and asked that the group find a more experienced one.

If he had been playing his cards right and crystallizing the bond that should exist between band members, the decision to dismiss him wouldn’t have happened – but he didn’t. He was eventually replaced by Ringo Starr, just weeks before the Beatles rose to world stardom.

Paul McCartney stated in his documentary in May 2001 that the sacking of Pete Best had nothing to do with his ability as a drummer, stating “In the Beatles, we had Pete Best, who was a really good drummer, but there just was something, he wasn’t quite like the rest of us, we had like a sense of humour in common and he was nearly in with it all, but it’s a fine line, you know, as to what is exactly in and what is nearly in. So he left the band and we were looking for someone who would fit.”

Pete Best is no different from many of us. On the cusp of breakthroughs, we somehow find ways of sabotaging our success. It is a fine line, like McCartney said, and a pleasing personality is a big part of success in any endeavor.

Here are a number of effective ways to become “a people person” and live life with less friction and more open doors:

When you start on your journey towards riches, you will notice the need to motivate and inspire your team. This is a task that many choose to avoid. Do not shy away from leadership. Make it happen.

Think of Pete, and remember that right place, right time is good, but doing something about it is better.