SAY A PRAYER: Trump, Suit Up – YOU’RE GOING TO COURT!

SAY A PRAYER: Trump, Suit Up – YOU’RE GOING TO COURT!

Only In America, as the saying goes. The House voted and the president has been impeached. The Senate, comprised of 53 Republicans and 47 Democrats, will vote next. In order to impeach a residing and duly elected president, you need 67 Senators to vote in favor of it, or Donald Trump, after this whole process, will remain the legally-appointed and leader of the free world.

The markets don’t seem to care too much about the impeachment process so far. In fact, I can tell you that investors are bullish, mostly because the fundamentals of the domestic economy in the U.S. are pretty stellar.

The credit scores of the foreclosed-upon families of 2008 are getting cleaned; banks are lending, contractors are issuing permits and a wave of 78 million millennials (nearly 22% of the population) is slowly beginning to buy homes.

Technology is booming, the medical industry is flourishing, and so is finance; truly, the BIGGEST problem America has is that things are so GOOD (in a general sense and certainly not on a case-by-base basis) and life expectancy has increased so much that social and healthcare liabilities are overwhelming the federal budget, causing giant deficits.

When FDR (Franklin Delano Roosevelt) introduced many of these programs, people rarely reached the age of 65. Today, boomers plan on living until the age of 72 and centenarians are the fastest-growing demographic segment.

Of course, the government can easily vote to postpone the age of eligibility, basically adjusting itself to modern times, when humans far outlive their predecessors.

It doesn’t seem to be a logical calculation of tax receipts to subsidize 10-25 years of retirement for perfectly able individuals and highly-skilled contributors to society. This will be the new paradigm that will begin to trickle through societies – first in Europe, where reproduction levels are NON-EXISTENT, then in the U.S., where there’s still growth.

As you can see, people’s wages are rising and with that, their appetite to see their cash working for them, instead of sitting in accounts, idly collecting 0.000001%, or whatever banks pay on deposits these days.

Deficits matter, but the national debt can be dealt with by making tough and necessary political decisions.

Many will become the sacrificial lambs of this transition, but someone always is, unfortunately. If Washington doesn’t see a path that the general population agrees with, this debt will turn toxic and highly divisive between proponents of sound money, and those who fight for their retiring constituents in their district.

It’s not just the average person that is putting cash to work, driving the dollar down to 6-months lows; fund managers are POSITIONING: 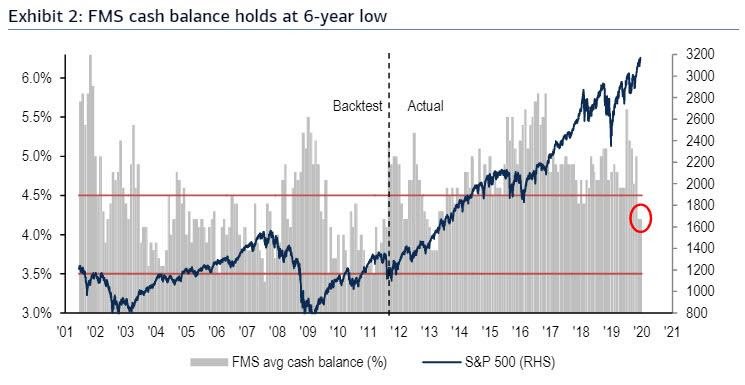 It’s plain to see that hedge funds have underperformed the markets, since they became bearish and bullish multiple times over the past decade, while the markets kept going up.

Heading into 2020, the voices of gloom again recite that valuations are crazy and that stocks will be dead in the coming decade, but don’t form a dark, blackened-out opinion too early.

As far as sentiment is concerned, the -19.2% drop in December 2019 was AKIN to a market bottom, which could be the last one for a while. As you can see below, the bearishness rivaled 2008 and was even worse at times. 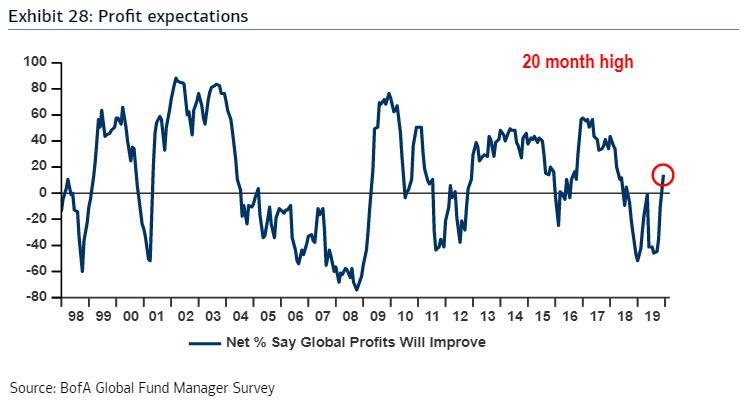 The world over, central banks have cumulatively cut rates dozens of times in 2019. To us, the facts speak LOUDLY: rates are staying low and perhaps heading lower.

At some point, if labor costs become an issue, the recession will hit, especially if the consumer’s confidence wanes – but until then, we see euphoria building up again, though the risks continue to increase alongside gains.

Protect your nest egg by remaining diversified and own CASH FLOW producers, outside of the stock market!

On Sunday, I will include with my letter a special report naming the services I utilize to earn incredible returns, away from the markets.