Many millions of patients who suffer from depression and related disorders rely on their doctors for the latest treatments. Unfortunately, what they're getting aren't always the latest science-backed solutions, but the same old meds that have been around for decades.

Is it because their doctors don't have access to more recent data? Is it because they're discouraged from exploring alternative therapies? Perhaps it's a combination of factors, but either way, it's bad for the patients because not everyone responds to traditional antidepressants.

This problem is widespread in the medical community and has led to what researchers are actually calling a 'psychiatric crisis.' Tragically, mental health disorders are increasingly contributing not only to suffering on an individual basis, but on a global scale as these disorders continue to take a huge social and economic toll.

There's hope for those who struggle with mental health conditions, and it's coming from a largely unexpected source: the psychedelic agent known as ketamine, which has been studied as a treatment for depressive disorders, obsessive-compulsive disorder (OCD), post-traumatic stress disorder (PTSD), alcohol abuse, and suicidal thoughts.

So far, clinical trials for ketamine as a treatment for depression have yielded positive outcomes for a significant proportion of the observed patients. Thankfully for depression sufferers who can't or don't want to use traditional medications, ketamine has recently been fast-tracked by the FDA and Health Canada for research and development related to depressive disorders.

That's a regulatory green light and a huge win for Champignon Brands (CSE: SHRM, OTC: SHRMF), a company that researches, develops, and markets ketamine-enhanced solutions for a broad array of mental health issues that millions of people are facing today. 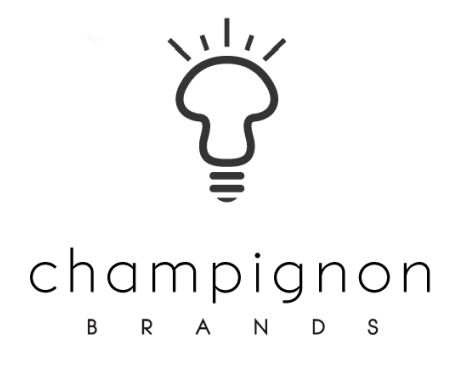 It's a tremendous opportunity both scientifically and fiscally because there's a $10 billion market for pharmacologic depressive disorder treatments in North America. Even so, more than 75% of people with these disorders are inadequately treated – that's unacceptable, and it needs to change.

Fortunately, Champignon is bringing positive change while creating an appealing value proposition for investors. This is a company that's expanding its reach at an incredible pace – and in an exciting new development, Champignon Brands is extending its ketamine-enhanced treatment solutions to the state of California. Here's the rundown:

Champignon CEO Dr. Roger McIntyre noted that this event represents a major milestone as the company establishes a 'footprint of integrated ketamine centric clinics committed to providing innovative care and therapeutic options to improve the quality of life of patients suffering from chronic disease states that have failed conventional treatments.'

This could be just the beginning of a series of value-added, community-enhancing actions as Champignon Brands extends not only the company's market share, but also the range of options for anyone seeking hope in the ongoing battle against depression.