LEGALIZATION LIFTOFF: We Are First – BIGGEST ONE OF MY CAREER!

There's an array of solutions that have the potential to treat depression and post-traumatic stress disorder (PTSD), and perhaps even substance and alcohol abuse disorders. I'm not talking about super-addictive traditional medicines like painkillers, which are coming into disfavor.

What my research team has been looking at as the next launchpad, just like cannabis in the summer of 2018, is psychedelic medicine. There are two clinics where a company known as Champignon Brands (CSE: SHRM, OTC: SHRMF), my top play, has been busily developing treatments for major depressive disorders and other issues that so much of the population is facing today. 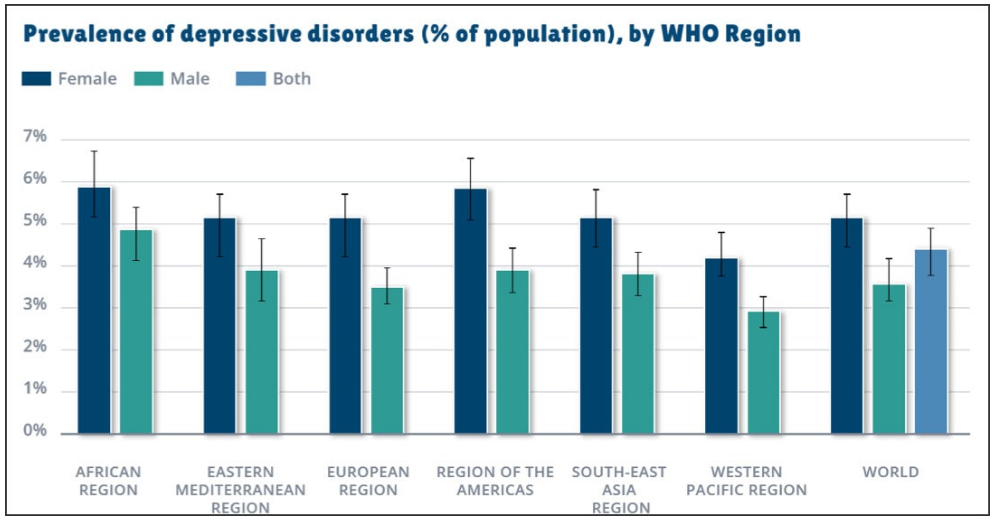 The prevalence of depression and related disorders isn't a first-world or third-world problem. It's a pandemic because it's afflicting people on every continent and across all economic strata.

It's particularly prevalent among the aging population, which spends massive amounts of money on healthcare but sees little in terms of results for their depression. Champignon Brands is at the forefront because its two clinics are designed to treat major depressive disorders through psychedelic medicine.

Literally, there are SO FEW OTHER COMPANIES like it right now; the psychadelics are in such an early stage – the opportunity is ENORMOUS!

One of these medical solutions is ketamine, which has already been listed by the World Health Organization as an important anesthetic. Ketamine has also been placed on a fast-track for U.S. Food and Drug Administration approval for the treatment of major depression.

With Champignon Brands preparing for a history-making medical and technological breakthrough, investors need to time their move correctly. I purposely held off until now because I needed to do my due diligence on Champignon before sending out the big alert.

25% of the population is afflicted by mental health/neurological disorders, and they're calling for solutions – not tomorrow, but right now. 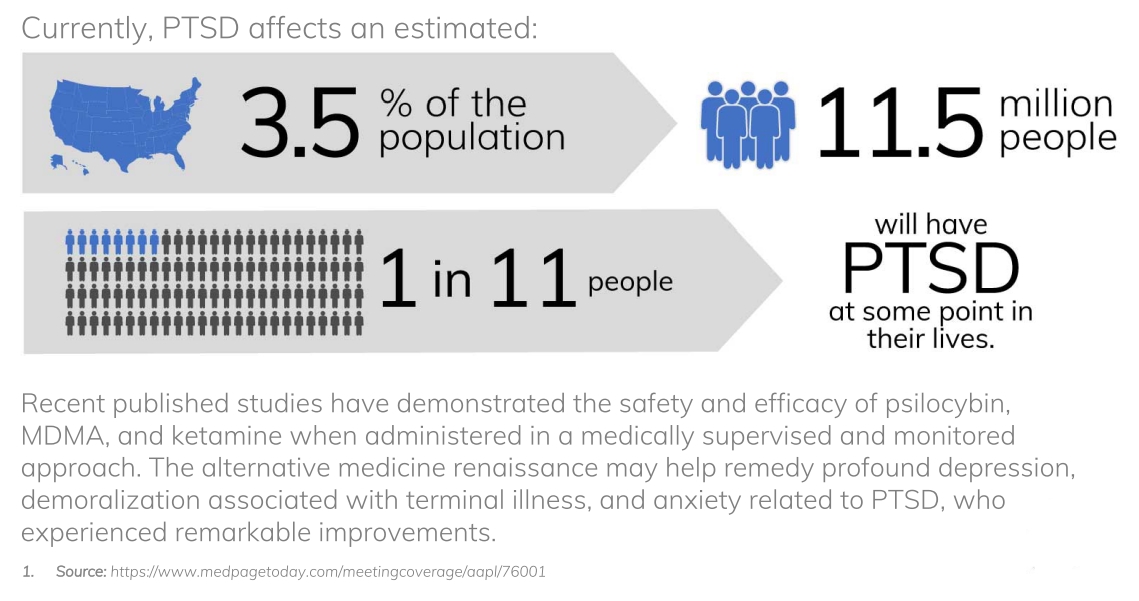 PTSD is another example of the potential here. There are studies demonstrating psychedelic drugs' safety and effectiveness in treating this terrible affliction. 11.5 million people are suffering from this. Solutions are waiting to be discovered in psilocybin, MDMA, and ketamine.

Champignon Brands has two clinics and the flagship clinic in Ontario, Canada has already administered over 1,500 ketamine treatments. But that's just the beginning of the potential here. Expansion is currently underway for five additional clinics in various U.S. states, with a target to be fully operational in the second half of this year.

This means investors have to act fast and take a position sooner, rather than later. I expect Champignon Brands to mimic the liftoff of cannabis a couple of years ago – and just like with the cannabis boom, you've been warned ahead of time.

The most CRITICAL COMPETITIVE ADVANTAGE is that the company's clinical infrastructure and existing human capital has the potential to SIGNIFICATLY SHORTEN the span of time it takes to commercialize these substances from 5 years to 18 months.

That’s a MASSIVE benefit and the company has much less risk than a classic biotech play, since the clinics are CASH FLOW POSITIVE!