Trillions Will Flood the Streets

How much is it worth TO BE in the White House? The answer is IN THE TRILLIONS. You’re about to find out just how many trillions we’re really TALKING ABOUT.

For one, funding for municipalities will be SAFE AND SOUND since the component of minorities in the labor force of local government IS HUGE. The current administration will do anything to secure those votes and they will do so by making sure THERE ARE NO CUTBACKS, which lead to layoffs. As we know, states can’t print currency, like Washington does, so they’re HELD HOSTAGE.

The government is about to approve an infrastructure program as well. It is BIPARTISAN, which means its chief aim is to win Trump more votes from the swing voters. That’s valued at $1,000,000,000 and it will go towards roads, bridges, and crumbling pavement but will also be siphoned into 5G and Internet infrastructure.

It will not stop there. Before the elections, I expect to hear about more tax cuts for individuals, which are an additional way of spending money the government doesn’t have. At the end of the day, these are ways in which both parties intend to SECURE YOUR VOTE.

Between now and November, thanks to all of these, we anticipate another 4% rise in the spot price of gold, which will PUSH IT ABOVE the $1,800/ounce hurdle. 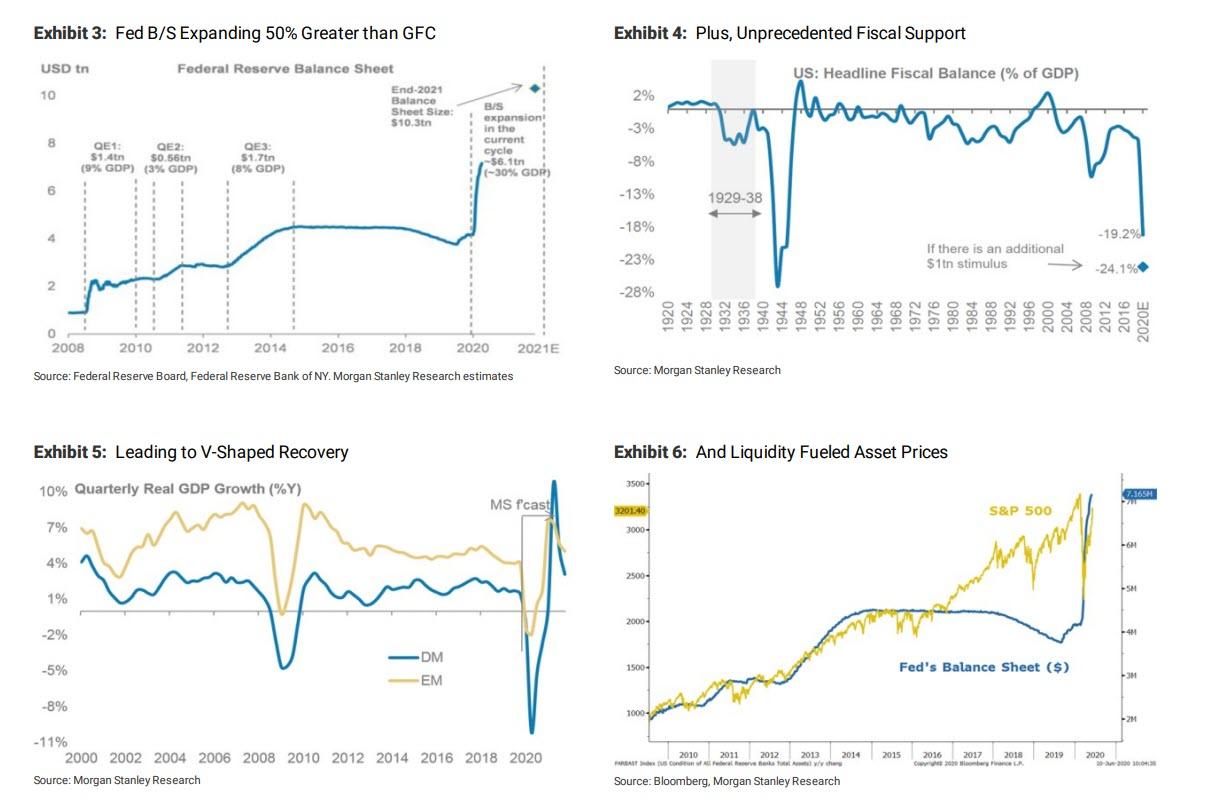 As you can see above, there’s an UNPRECEDENTED STIMULUS PLAN in motion since everyone understands that COVID-19 is an event that changed America and it can MOLD NEW thought habits in people; there’s a war going on for your mind.

We really haven’t felt the BIG PAIN yet, financially speaking, and it probably won’t originate in the U.S, but in other regions that are MORE PRONE to economic weakness and will trickle to America later.

The ability to print money and increase its supply without significantly and permanently ERODING PURCHASING POWER is an entirely American phenomenon. Any other country that would have EXPENDED its currency in circulation the way Washington and the Federal Reserve have would be suffering from RAMPANT INFLATION; it is currency abuse.

As you can see, Wall Street is also COMING AROUND after seeing that COVID-19 is not a global pandemic from a health perspective, but rather a PSYCHOLOGICAL ONE.

We would have to go back and study the whole chain of events leading up to the PRESENT to truly realize how WRONG THE EXPERTS WERE, for the most part about all of it, and THEY WERE.

Remember that COVID-19 death cases are SIMPLY NOT ACCURATE.

We aren’t counting people dying FROM it, but WITH IT.

On the same token, during the time of someone’s death, he/she also has a variety of other viruses in their system, all of which are not listed as the CAUSE OF DEATH.

The medical industry IS INCENTIVIZED to list COVID-19 as the cause of death, especially with ventilators since the funding for each case reaches as high as $39k for the hospital itself.

The second wave is FAIRYTALE STUFF. 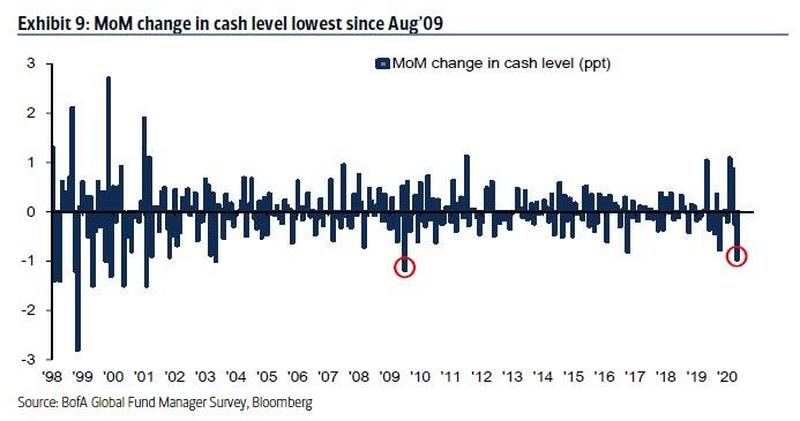 As you can see, Wall Street, which is supplied with the most accurate data, since its tentacles reach all WINGS OF GOVERNMENTS, is lowering cash levels and reentering markets.

In the chart above, it looks like they’re commencing on a buying spree similarly to how they did in 2009, but IN REALITY, this couldn’t be further from the truth.

The markets aren’t cheap as a whole, as they were in 09′, but WITHIN the indices, specifically in the S&P 500 index components, many stocks have been badly hurt.

With research, we can find those that WON’T cut dividends, WON’T struggle for much longer, AREN’T overvalued, and that have UNJUSTIFIED pessimism towards them, making their share price reasonably cheap.

That’s where the 100% REBOUND GAINERS lie.

We are on the hunt!