These are companies I KNOW SO WELL that I was able to truly understand what their ideal entry points were. In the next few days, I’ll be compiling a list of about 33 blue-chip names, with their respective limit prices and PUBLISH it on Sunday.

This ALMOST-EUPHORIC rally in stocks is a PRACTICAL JOKE, though. The volume in the markets is SUPER-LOW, which means that the buyers and the sellers are creating WEIRD SPREADS and that there’s far too much optimism.

I will consider taking profits on portions of these quick, double-digit gains and be READY TO CAPITALIZE on the likely upcoming secondary sell-off. It will NOT BE anywhere as violent and panicky as the first one, but nevertheless, it will most likely happen soon, all things BEING EQUAL.

What President Trump did was implement a strategy that is frequently used in politics and business: Over-dramatize the downside, so that if it ends up not being so bad, YOU LOOK LIKE A GENIUS for saving the day.

Donald prepared America for April Armageddon, BUT NOTHING major has transpired.

We’ve all seen the packed NYC hospitals, but those facilities are FULL-TO-CAPACITY year round; they’re always busy. The initial response was TOO WEAK in January, so the late response in late February was TOO GREAT.

If at the outset, people with compromised immune systems were given a Stay-At-Home order, we would have probably SAVED THE SAME number of lives. Additionally, more of the general population would have developed immunity to the virus and our economy wouldn’t have needed to be re-started. 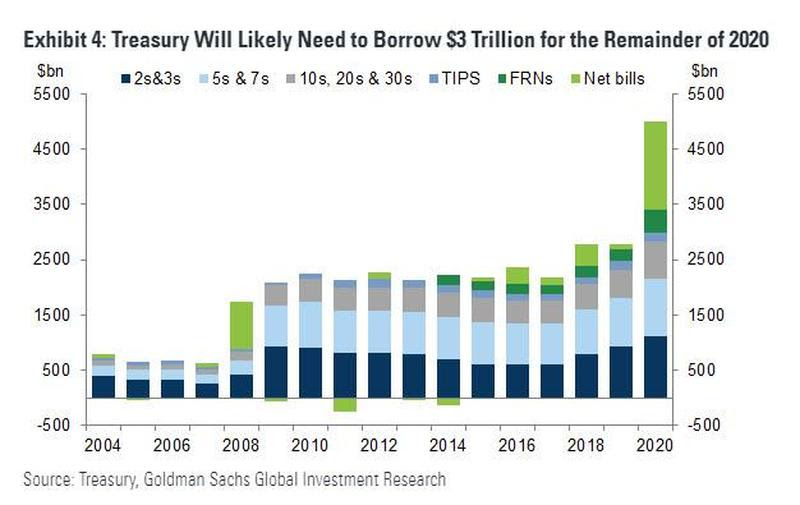 Because of their COLLECTIVE ACTIONS, we’re seeing gold futures trading at 2012 LEVELS!

The government and the Federal Reserve are basically SPENDING instead of the private sector right now.

Since the government doesn’t have A SURPLUS and tax revenues have been INSUFFICIENT for decades, the government RUNS DEFICITS – perpetual ones. But up until recently, it also offered lenders YIELD for taking that risk.

Now it has STOPPED and that means all governments are RACING TO THE BOTTOM.

Everybody knows this and the U.S. has an advantage of being the world’s most effective financial power center, so they’ll issue TRILLIONS and not cause immediate hyperinflation.

That doesn’t mean that they won’t erode the purchasing power by 4%/year for the next decade, though. That’s my prediction – every $100 you currently spend will only buy you $60 by 2030.

Another way to look at it is that in order to RETAIN YOUR CURRENT LIFESTYLE, you’ll need to earn 66% more.

How do I know that EVERYONE understands this RIGGED GAME by now?

Check out the level of confidence the average American, who doesn’t own stocks for the most part, has about the indices: 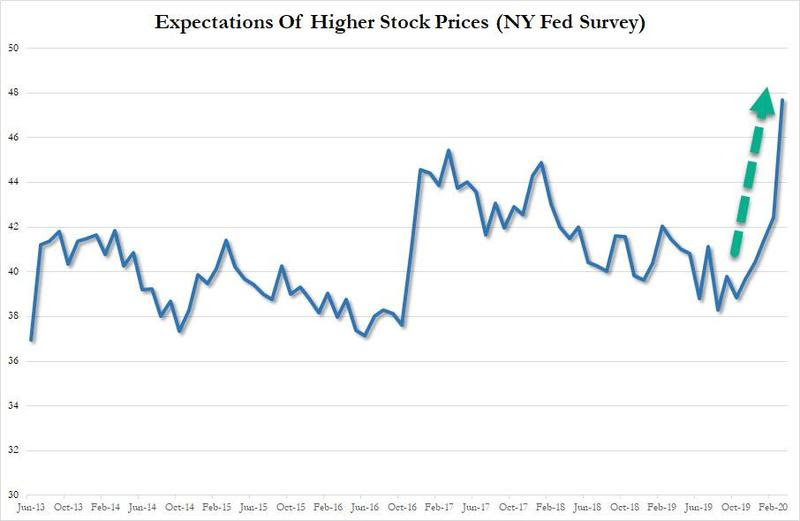 Confidence that higher share prices are coming is ACTUALLY AT ALL-TIME HIGHS!

People realize that cash is trash, but most will DO NOTHING in the face of it.

In order to fully appreciate how much people CLEARLY ARE AWARE that this is rigged, accept the fact that most are TRULY PESSIMISTIC about their own futures, EVEN WHILE they’re certain stocks are headed upwards!

They know the real economy and the markets are NOT CORRELATED anymore. For instance, nearly a fifth of Americans believe they WILL BE FIRED and nearly a sixth now fear they will MISS a debt payment in 2020.

Small Business confidence is simply falling off a cliff. Everyone is on edge, regarding their personal prospects, but at the same time they know the government and the central bank will BAIL OUT the big boys. 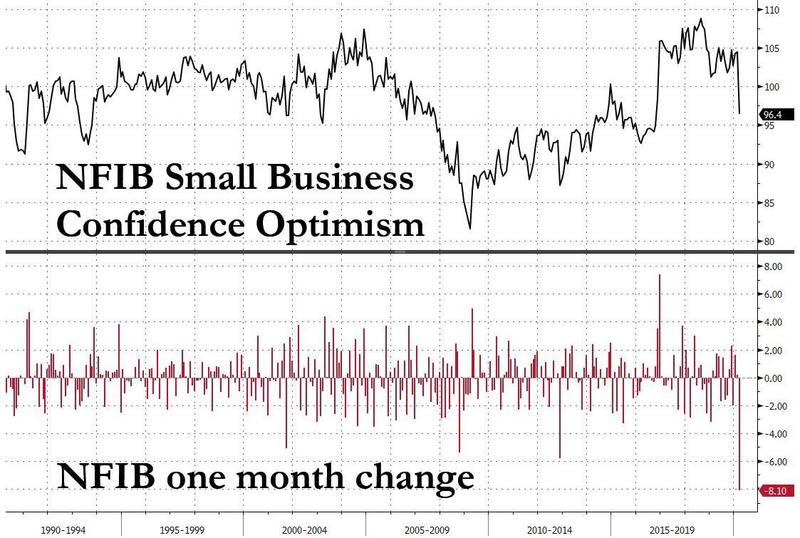 This is EXACTLY how inflation started in Weimar Germany – everyone KNEW the government was fixing the books.

Next week, I will reveal how I’m investing in the POST-COVID-19 world.

It will be epic!