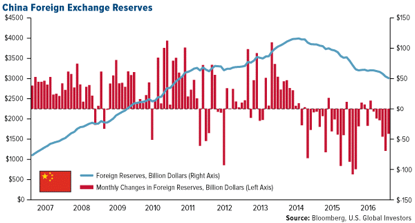 Silver is not an ordinary commodity – it is a phenomenon that needs to be researched intensely and understood in detail in order to appreciate its uniqueness.
Throughout history, three of the largest empires of Europe (Rome, Greece, and more recently, the Ottomans) used silver as coinage to create booming and stable economies.
Throughout history, dating back 5,000 years, when silver mining was first developed, its intrinsic value has been appreciated in jewelry and coins.
But for the past 60 years, technology has brought to light just how special it is and how vital it is to industry. New uses are found every year, and this industrial demand is not ceasing. 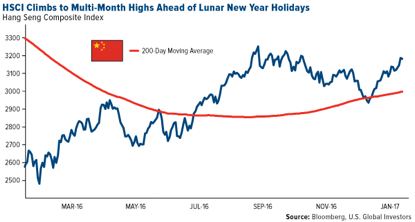 After the 1st FED rate hike in December of 2015, I began researching gold and silver stocks, after close to 3 years of focusing on biotechnology as my top game-changing industry.

It was becoming apparent to me that the period of time spanning from the end of January 2016 until mid-February would be the “make or break” phase for mining stocks.
On the 17th of December 2015, I began, along with my research partners, to compile our Watch List, as our goal was to strengthen your financial fortress by publishing a rich plethora of investment research that included the big 3 Smart Speculative markets: cutting-edge science, cannabis, and natural resources.
The reason why the end of January and early February is a critical time period is because of the Chinese New Year. 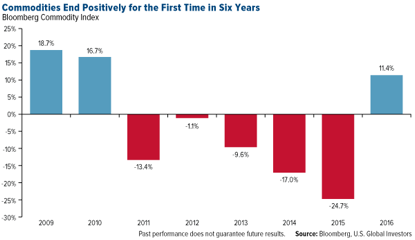 Chinese and European economic activities are finally showing signs of strength, and in 2017, any severe corrections should be viewed as opportunities to position more strategically for long-term gains.

Not only have commodities finished 2016 strongly, but the specific outperformers are those that indicate that we’re going to see a new supercycle, and they have flashed a clear buy signal.

Has Roared Out of the Gates in 2017: What’s Next
Gold has climbed for two straight weeks, and it’s now up nearly 5% since December 15th.
At Wealth Research Group, we showed you how the 2nd rate hike has historically been extremely bullish for gold.

This is not a standalone case. The FED has gone on three tightening periods, and the stock market suffered every single time while gold rose dramatically and aggressively.
Right now, gold is trading for about $1,180, and it would have to climb about 75% to reach its previous inflation-adjusted high.
Adjusted for inflation, gold rose about 353% from its mid-1970s trough to its 1980 peak.
If that pattern repeats itself, gold would have to rise from its December 2015 low to just above USD$5,200 per ounce by October 2022. 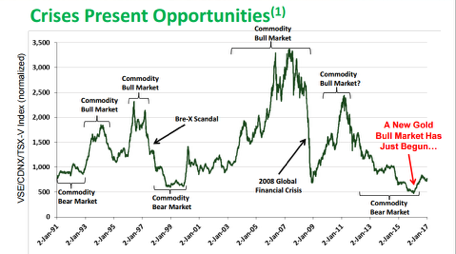 Teaming Up With the Smartest People on the Planet

Ever since launching Wealth Research Group in the 1st quarter of 2017, we have been bombarded with emails and questions regarding the inherent cyclicality of the resource sector.
It’s a volatile market – probably the most volatile – and its boom and bust cycles are the greatest fortune-making machines in public markets.
Peter Lynch, the legendary money manager that oversaw the Magellan Fund at Fidelity Investments, who made his clients 29.3% in annual returns between 1977-1990, saw this cyclicality as both a blessing and a gift. I completely agree with him.

Layering Your Financial Fortress Before the Collapse