This is FULL-ON CONFIRMATION!

Our two FAVORITE ways to invest in precious metals, the GDX index and the GDXJ index, are BOTH SURGING AHEAD!

The GDX index, which is trading at SEVEN-YEAR highs, is up close to 200% since the bottom, NEARLY TRIPLING since we began covering it in January 2016! 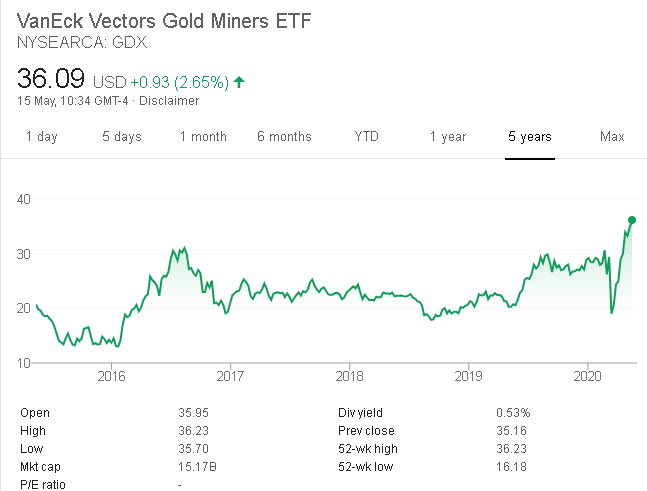 What a BEAUTIFUL CHART – congratulations to everyone for STICKING WITH gold stocks; they are REALLY LIFTING OFF!

Know that the 2011 all-time highs were about 80% HIGHER than the current state of affairs, so I expect PLENTY OF UPSIDE left.

But, I’m even more excited for GDXJ than I am the GDX index, as I see IMMENSE potential in it.

As a side note, know that my strategy has always been to SELL INTO STRENGTH. This means that in this cyclical industry, for every 50% that I gain, I take profits on HALF of it.

Remember, no one, not even a QUANTUM COMPUTER, knows when the top is.

GDXJ index, which tracks the junior miners, is also ON A ROLL. 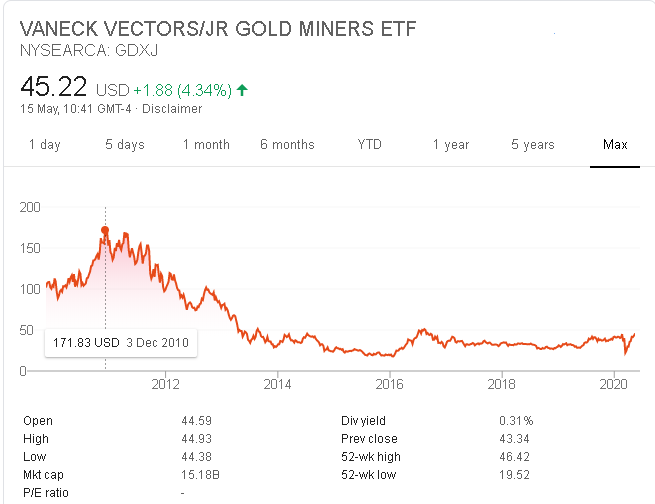 As you can see, the junior miners have a lot of RUNWAY AHEAD of them!

There’s a lot of TORQUE left in the engine.

Both companies were featured in our 4 MUST-OWNS report from early 2019.

The stock’s price was CAD$1.14 when the interview AIRED on YouTube!

It is now CAD$2.85 and the company is looking to advance the project towards production, per their latest news release. The share price is up 154% in just 45 DAYS!

We are currently speaking with a DOZEN mining CEOs on a daily basis and RESEARCHING 4 new opportunities, as well as GETTING UPDATES on existing featured companies. The future is bright.

THE BEST IS YET TO COME!