If Legalization Happens,
Floodgates Could Burst

​Boarding a Princess cruise in Seattle in the summer of 2018, we were headed for Alaska. Having a pilot’s license for single-engine airplanes, Alaska has always been a destination that I’d visualize flying over. The massive terrain filled with rugged nature at its extreme has been a fascination of mine ever since I traversed the Swiss and French Alps, New Zealand’s South Island or Norway’s fjords a few years earlier.

I knew that the one inevitable thing is that I must take to the air and see this gorgeous landscape from above. Once the ship hit its port destination, we chartered a helicopter and headed towards the glaciers.

It’s hard to describe the enormous sheets of ice, the vast white and blue pallets of magical frozen water. It was the experience of a lifetime.

Nothing prepared me for what came next. The masterful pilot (not me, the chopper genius) lowered us to just a few meters above the ground. He was looking for a place to land on the ice!

My heart was racing, and from the exhilaration, I couldn’t stop laughing while holding my daughter in my right hand and my wife in my left.

He gently touched the surface to make sure it is flat and solid before finally putting us safely on the glacier.

We had stood on millions of years of history. It was epic and unforgettable.

Alaska’s weather is harsh, yet thousands of people had flocked there and rushed towards it when it was rumored and later discovered that it contains lots of gold. There was no stopping speculators from capitalizing on the immense value of the minerals in its ground, even at the cost of their lives!

When the market demands a certain commodity, product, or service, there’s a global competition to fill that want and the pressure is on to build a business that can beat others in satisfying the public’s desire for a specific experience.

Entrepreneurs spend their days coming up with ways of differentiating their enterprise from that of others so they can capture a large portion of the target addressable market:

The rewards are worth the immense effort when done right.

There was no stopping me from getting on that chopper because the demand for seeing Alaska’s wild nature was too great. Similarly, there is no stopping cannabis from becoming a massive industry because public support, scientific data and studies, political will, and business profits are far too monumental to keep the train in the station.

I have made my decision on how to position, and just like that day in Alaska, my conviction is high!

The company’s CEO, Marcello Leone, has the same fire in his eyes that I have about this industry, as I see it.

Best of all, the company’s shares have come down from USD$1.16 to USD$0.60 in just the past two months. While this selling pressure has persisted, the management has been focused on the underlying fundamentals and the company had made significant strides forward.

BevCanna’s exclusive on-site alkaline spring water source has been independently valued at $18 million. This pristine aquifer allows the company to manufacture cannabis products and gain exposure to the upside of possible legalization at the same time as selling TRACE, its bottled water (non-cannabis) brand!

This hybrid business model of cannabis manufacturing alongside traditional consumer packaged goods is the added diversification layer that pure cannabis companies do not possess! 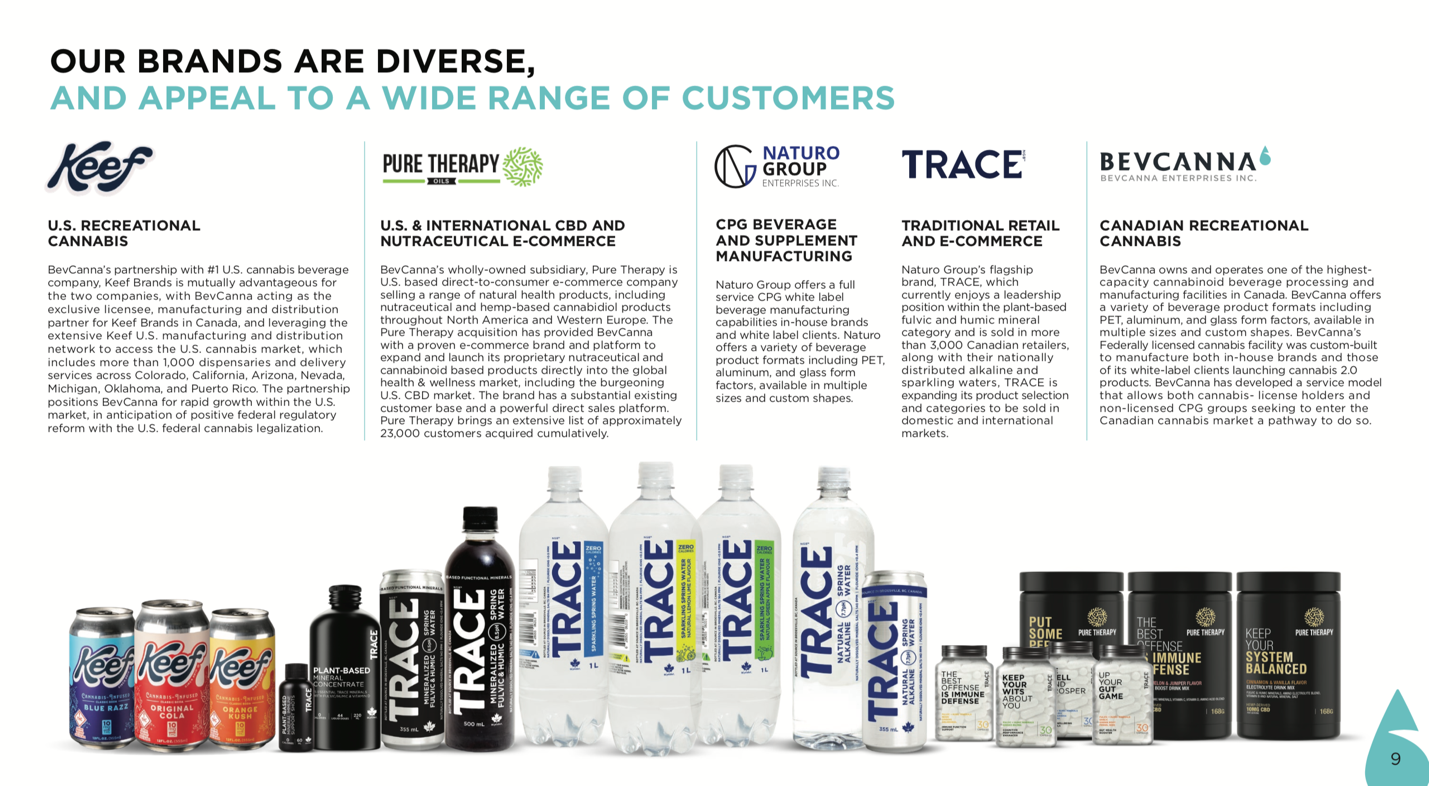 ​I’ve made my decision. Perform your due diligence on BevCanna Enterprises (US: BVNNF)! 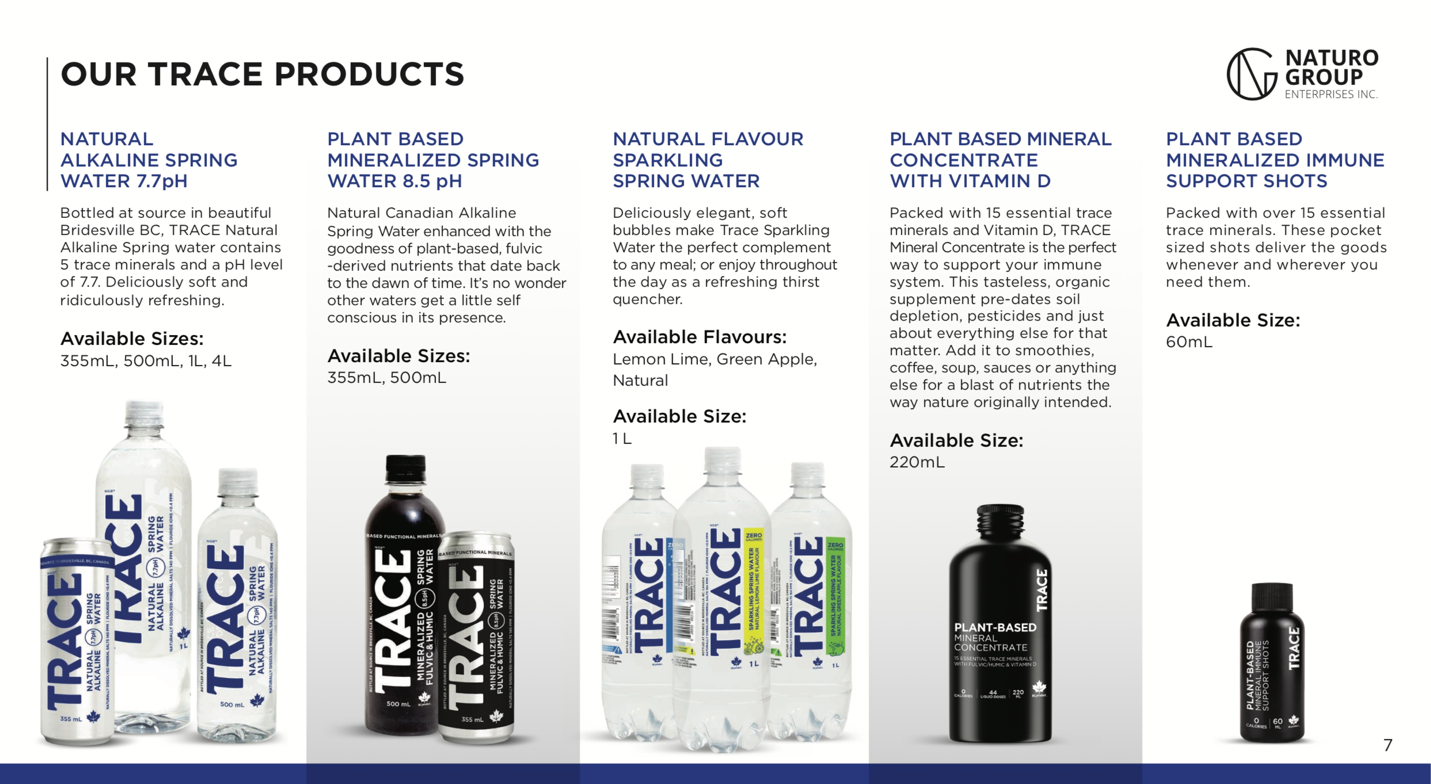 Access to clean and natural alkaline spring water should only enhance BevCanna’s ability to reach an entirely new market of customers.

None of this would be possible without the stamp of approval from federal and regional regulatory authorities. Getting this type of approval for a mass-scale manufacturing facility that’s able to manufacture both traditional and cannabinoid beverages could literally take years – if it gets done at all.

BevCanna got it done, not just getting approved by Health Canada but also meeting one of the most stringent standards on the planet when it comes to quality control and transparency requirements.

Going back to our chopper flight, after spending time in the glacier examining the crevasses and admiring the beauty, the pilot said that there was one more location he wanted us to visit, and that was an area of fresh snow that’s completely inaccessible by any other means except a helicopter.

We couldn’t believe there was more, and certainly not something that would be exclusive to ourselves.

BevCanna (US: BVNNF) also enjoys a pivotal exclusive agreement and much more. I will be sharing critical details with you tomorrow at 09:00 AM CST!

Do your homework on this.

Disclosure/Disclaimer:We are not securities dealers or brokers, investment advisers or financial advisers, and you should not rely on the information herein as investment advice. We are a marketing company and are paid advertisers. If you are seeking personal investment advice, please contact a qualified and registered broker, investment adviser or financial adviser. You should not make any investment decisions based on our communications. On March third twenty twenty one, in connection with our agreement with Bevcanna Enterprises Inc, we received five hundred thousand dollars, from Bevcanna Enterprises Inc. On March ninth of this year, we purchased two and a half million warrants, directly from the company. Examples that we provide of share price increases pertaining to a particular Issuer from one referenced date to another represent an arbitrarily chosen time period and are no indication whatsoever of future stock prices for that Issuer and are of no predictive value. Our stock profiles are intended to highlight certain companies for your further investigation; they are not stock recommendations or constitute an offer or sale of the referenced securities. The securities issued by the companies we profile should be considered high risk; if you do invest despite these warnings, you may lose your entire investment. Please do your own research before investing, including reading the companies’ SEDAR and SEC filings, press releases, and risk disclosures. It is our policy that information contained in this profile was provided by the company, extracted from SEDAR and SEC filings, company websites, and other publicly available sources. We believe the sources and information are accurate and reliable but we cannot guarantee it.