In early September, Wealth Research Group published a total of 4 separate alerts, one after the other, pointing out that there was a stock market mania out there and it might be the last chance to take advantage of it for a very long time. The opportunity we covered on September 5th exploded higher by 525% in two weeks’ time, becoming the best-performing stock in the world for the month of September.

As gold snapped back, rebounding from $1,180 to $1,200, I bought 50 gold eagles and released several lengthy letters showing the fundamentals changing towards gold outperforming stocks.

Since that time, the general markets have been pounded like Muhammad Ali’s opponents. It’s been nothing short of a historic sell-off. To put things in perspective for you, here are a few stats to consider about how much equity has transferred hands:

But there’s much more than just these horrific stats to be astounded by. In fact, this sort of negative environment has only occurred in very trying times, so it is unique to see it happening while the fundamentals, such as unemployment rates, PMI and profit margins, are not sounding recession alarms yet.

The markets are getting used to a world without the Federal Reserve accompanying them, the so-called Greenspan Put. This withdrawal from the liquidity drug is getting to be violent. 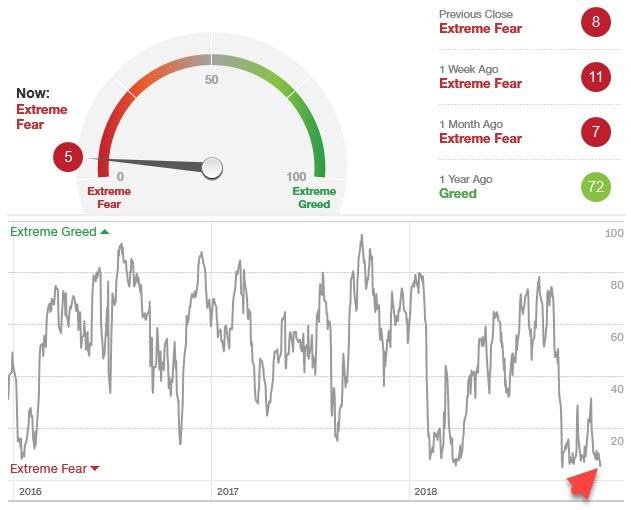 “Dancing on graves” is the famous line from the real estate genius billionaire Sam Zell, which is just another way of saying that the time to be buying is when there’s blood in the streets, but the complete sentence should be that the time to buy is after the blood from the streets has been cleaned but the memory of it still lingers in the minds of the masses.

My point is that what Rothschild meant to say is that the ultimate time to be actively investing is when prices are cheap and people despise them, but had he wanted to fully complete his famous sentence, he would have made sure to mention that it is much better to wait until the streets are clean.

This analogy is intended to make sure you understand that assets can remain cheap and frozen at their price levels for a long time, so it is better to have confirmation of the birth of a new uptrend before converting cash into stocks again.

As you can see in the above chart, investors are more terrified than ever before, using CNN’s proprietary gauge.

The small-cap Russell 2000 Index has fallen into a bear market because it is down more than 22% since August. The NASDAQ 100 is also in a bear market (20%+ drop from the peak).

Investors are pulling money out in amounts that are staggering. 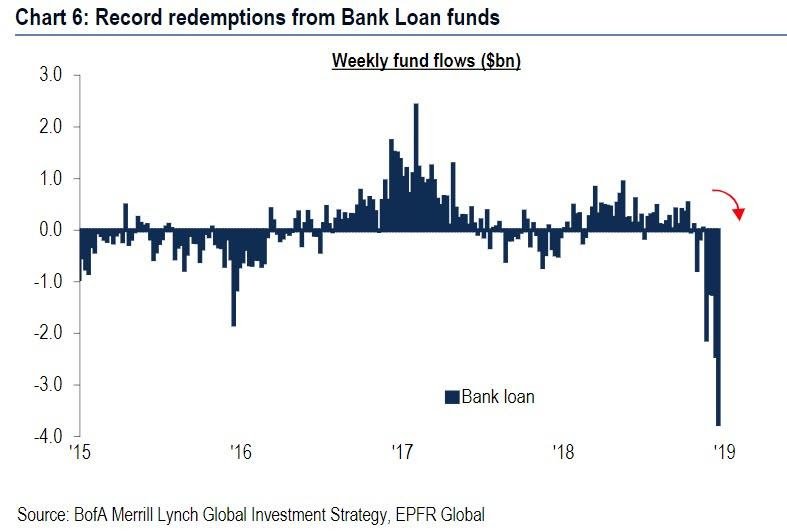 All of this data combines to form one unmistaken conclusion: equities markets are filled with massive fear, causing stocks to be discounted compared with their prices just a few months ago. Overall, the S&P 500, NASDAQ, and Dow Jones are back to average historical valuations. They’re neither cheap nor expensive right now.

Some individual companies are trading at a great discount, such as one company I mentioned personally buying last week, which is up 6% since that time on the back of a great earnings release, despite the general massacre.

Under Ben Bernanke, the Federal Reserve made the fatal mistake of creating dependency between markets and the central bank. In 2011, it should have stopped with QE1 and allowed the economy to continue recovering on its own pace. Instead, they embarked on a series of QE programs, even though the economy could have done better without this intervention that only helped the rich increase their gap from the poor.

Even after 9 rate hikes and allowing for inflation, only now does the U.S. economy operate in a positive interest-rate environment.

That’s how preposterous the ZIRP and NIRP policies were. It took them 3 years to get it back to zero.

Since tightening has taken so long and since it only got us back to positive real rates after three full years, the market is throwing a tantrum over it. Addictions are hard to stop and get over quickly.

What’s interesting is that the Fed usually doesn’t tighten this aggressively when deficits are at record highs, like they are at the moment. Even more lunacy is expressed by the fact that the U.S. is running $1 trillion deficits during a financial expansion, with record-low unemployment and moderate inflation.

Literally, nothing could be more alarming.

All of this plays right into the hands of precious metal investors, which diversify their portfolios by owning the most time-tested chaos hedges. 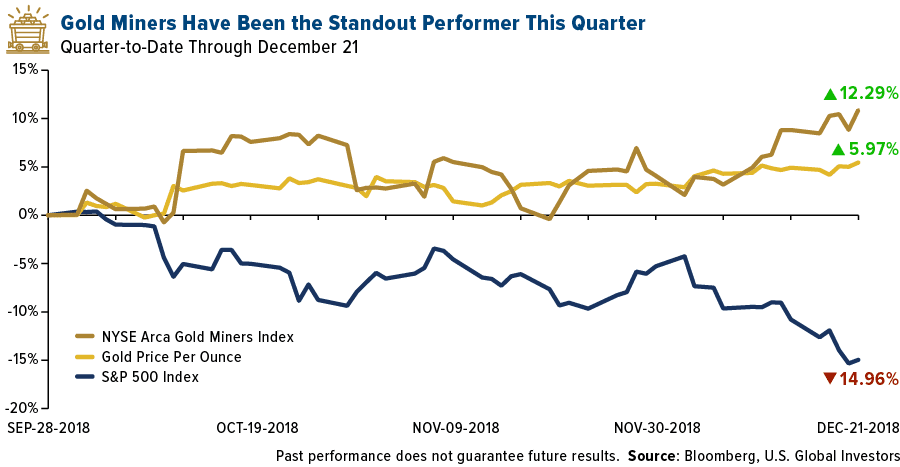 Not only have silver and gold helped protect a large amount of capital for us already, but gold has also pushed above its 200-DMA, so it is at a perfect spot to continue its upward trajectory.

In September, right when we published alerts, regarding traditional markets, which are reaching all-time highs and are bound for a correction, we also noted that 11 out of 12 mining companies trade at all-time lows or 52-week lows.

Sentiment has changed dramatically since then, and when politicians begin to ink deals in order to relieve the tension from billions of worried people across the globe and change the narrative to a solution-filled one, commodity prices will rebound, especially silver and oil.

Silver might be the most deeply discounted hard asset ever.

On Wednesday, I’ll show you why 2019 could be akin to 1970, right before gold made its best decade ever, rising 24-fold, from $35 an ounce to $850, at its peak. We might be at the opening act of the most important gold rally in history. We really could be on the brink of something extraordinary.